A 55-year-old male presents to the emergency department after falling from a ladder. The patient was standing on a six-foot ladder when he suddenly lost balance, fell, and landed on his right side. He currently reports pain in the shoulder and over the right rib cage. He does not take any medications and does not have other medical conditions. Temperature is 37.0°C (98.6°F), pulse is 101/min, and blood pressure is 132/63 mmHg. Respiratory rate is 20/min and oxygen saturation is 92% on room air. Physical examination reveals decreased breath sounds at the right lung base, as well as a 5 cm x 5 cm area of ecchymosis over the lateral rib cage. A chest CT is obtained, and the results are shown below:

Which of the following best describes the correct anatomic space for emergent intervention to manage this patient's condition? 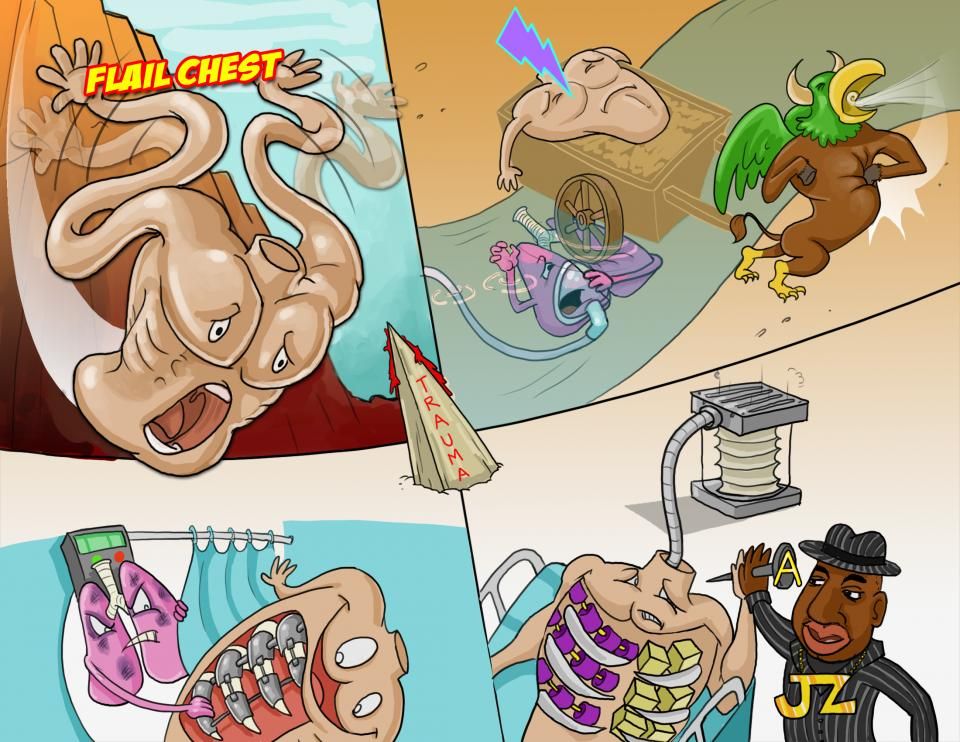