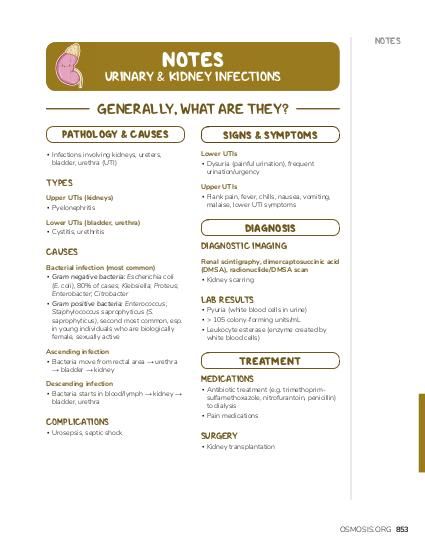 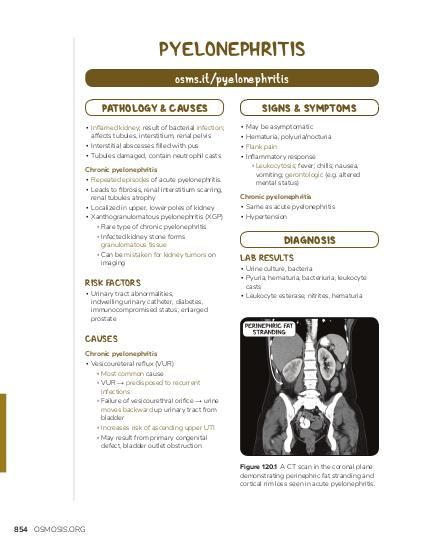 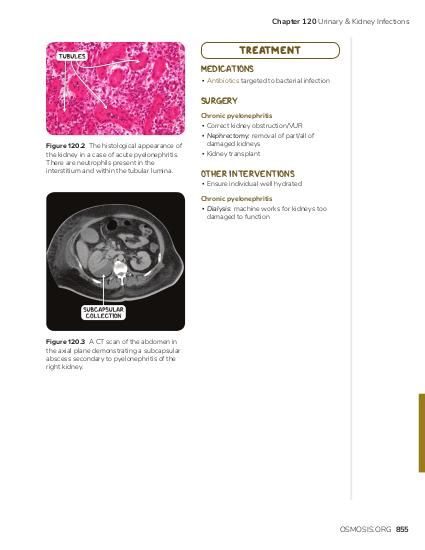 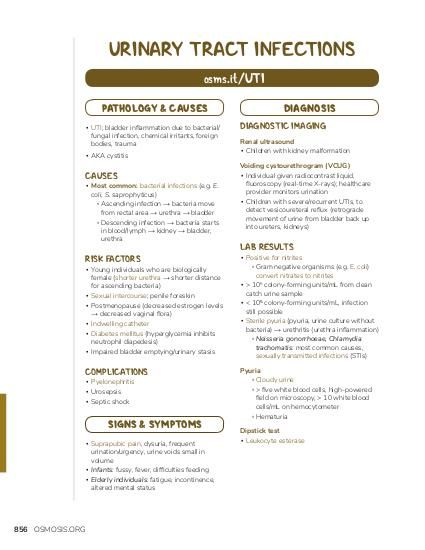 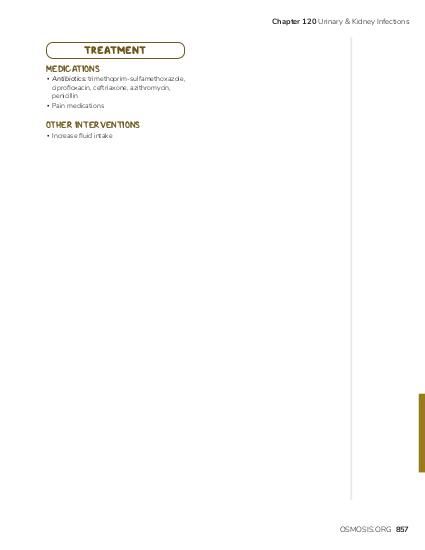 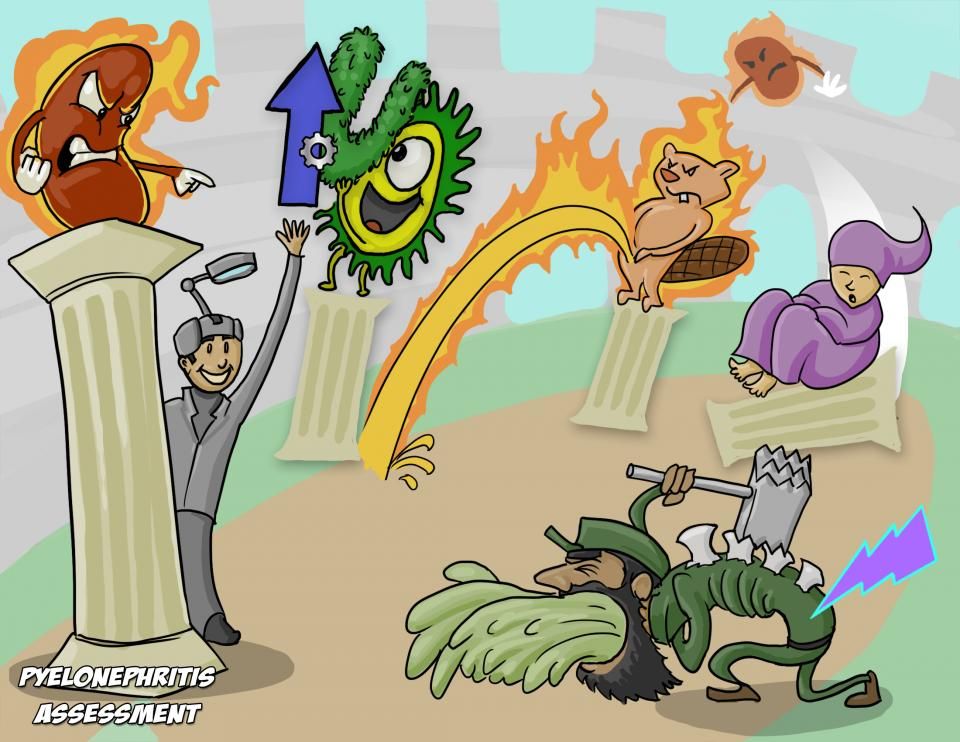 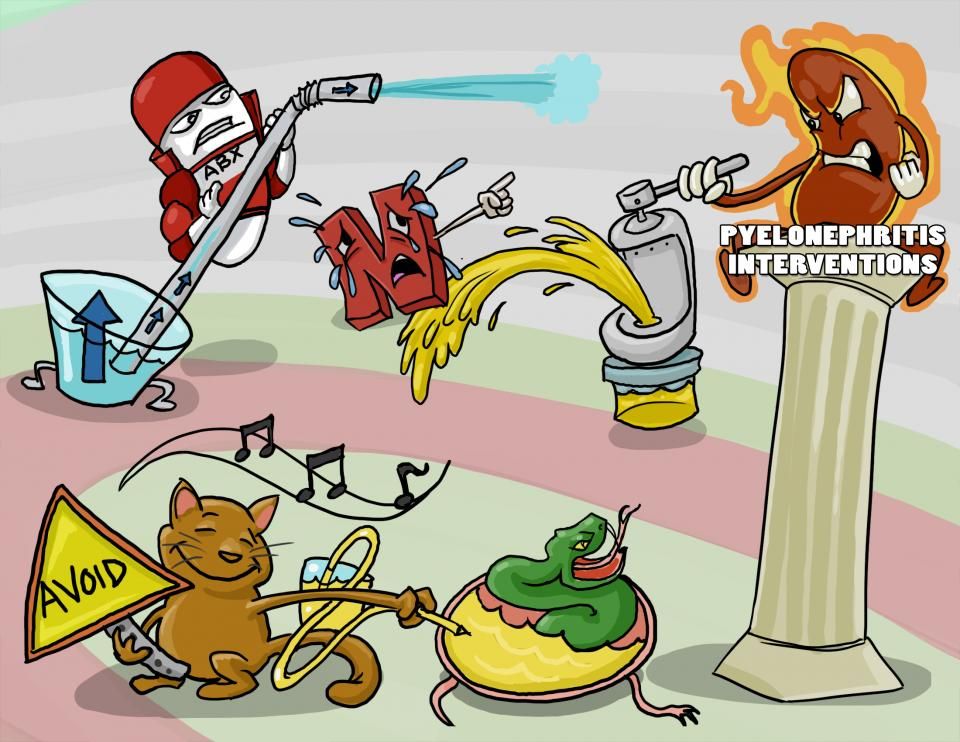 When somebody has recurrent episodes of acute pyelonephritis, the kidney becomes visibly scarred, at which point it’s referred to as chronic pyelonephritis.

So acute and chronic pyelonephritis are types of upper urinary tract infection.

The vesicoureteral orifice is the one-way valve that allows urine to flow from each ureter into the bladder, but not in the reverse direction.

That being said, chronic obstruction is its own independent risk factor for chronic pyelonephritis.

Obstructions in the urinary tract causes urinary stasis, meaning it tends to cause urine to stand still, which makes it easier for bacteria to adhere to and colonize the tissue, making lower UTIs more likely and therefore upper UTIs more likely.

Bilateral obstruction increases pressure in the bladder and therefore affects both kidneys, causes include congenital malformations, like posterior urethral valve, which obstructs the flow of urine through the urethra, as well as benign prostatic hyperplasia in men, which is an enlarged prostate, and cervical carcinoma in women, both of which can compress the urethra shut.