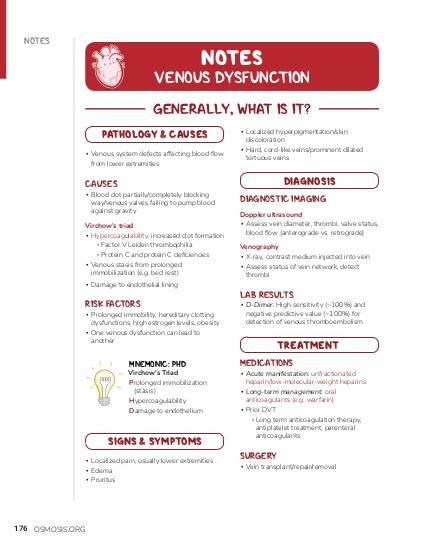 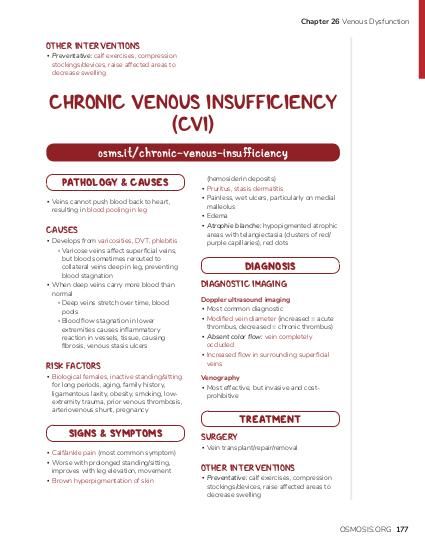 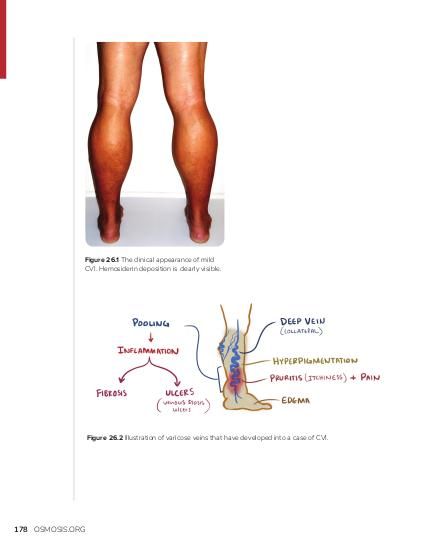 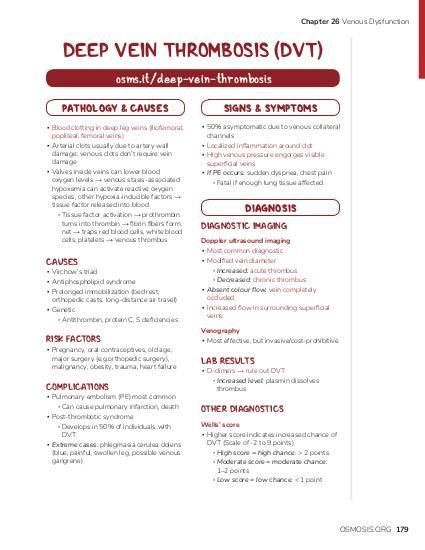 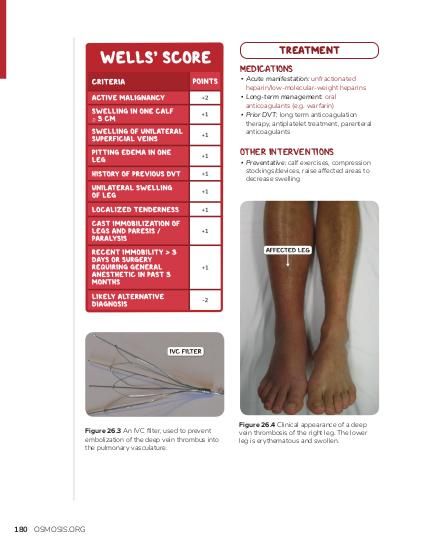 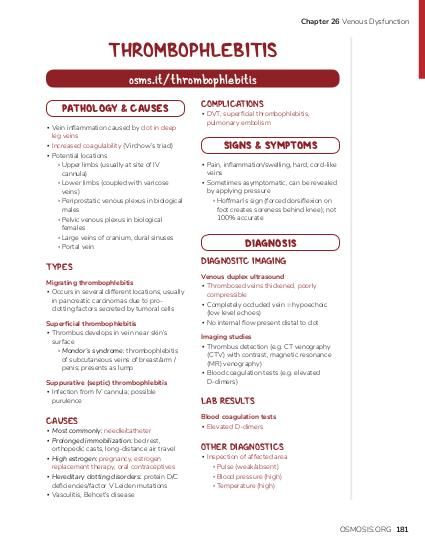 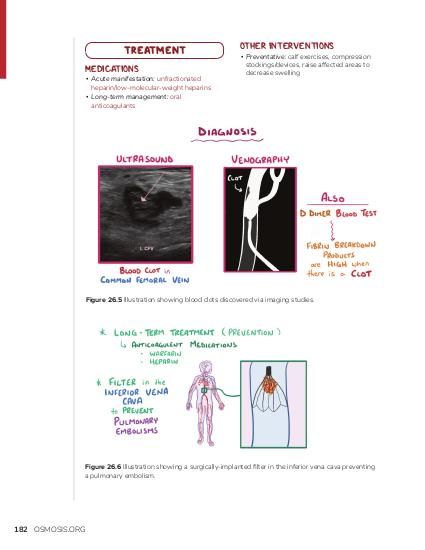 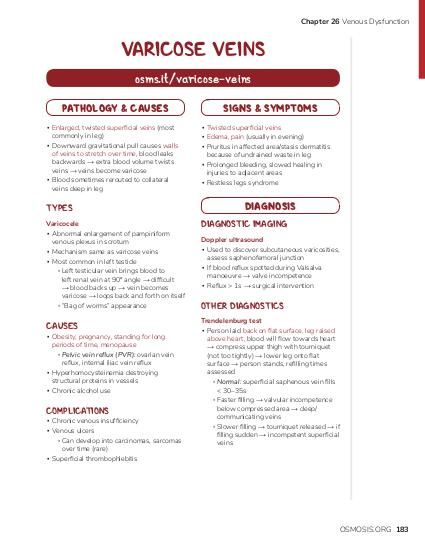 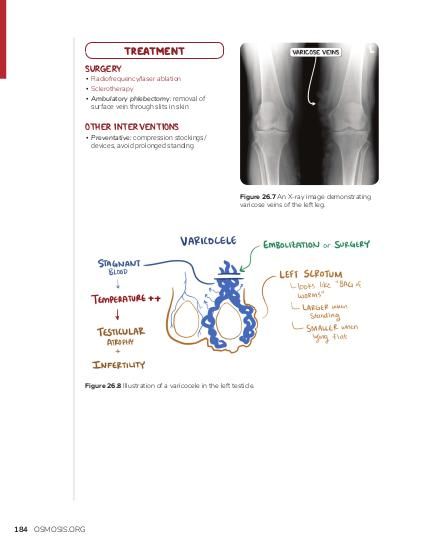 Chronic venous insufficiency is a condition that occurs when the  are not working effectively, making it difficult for blood to return to the heart.

A 64-year-old woman comes to the office complaining of a left ankle lesion for the past five months. She has hypertension and diabetes, treated with chlorthalidone and metformin. She smokes a pack of cigarettes a day, for the past 10 years. Her BMI is 35 kg/m². Vital signs are normal. Her hemoglobin A1c is 6.6 percent. Examination shows a wet, red, painless ulcer, with elevated borders, along medial malleolus, with hyperpigmentation surrounding it. There is moderate peripheral edema, and her calves are painless. Peripheral pulses are not felt. Which of the following is the most likely etiology of this ulcer? 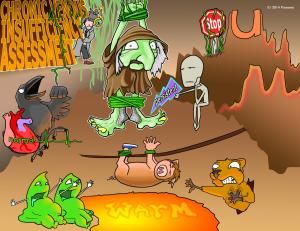 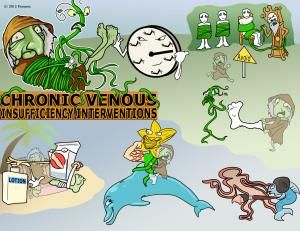