Coenzyme A and pyruvate are essential reactants for the formation of to enter the citric acid cycle. 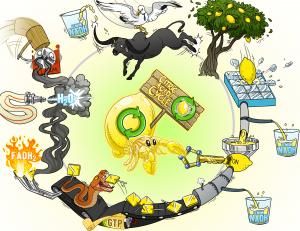