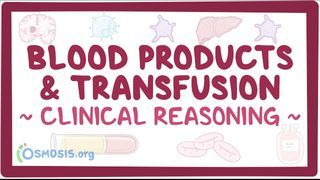 Transcript for Blood products and transfusion