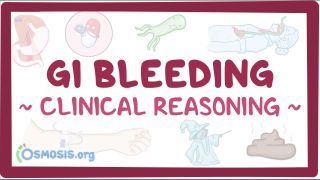 Next, there’s colorectal cancer which is a serious cause of hematochezia, and it’s due to an ulcerated tumor.