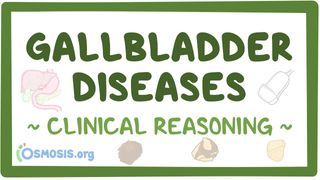 Other individuals have an associated hepatitis, because bile accumulates in the intra and extrahepatic ducts.