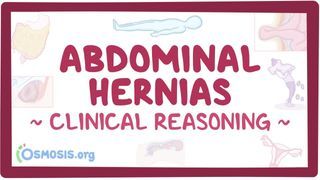 Finally, there are flank or lumbar hernias which are when there’s a protrusion of organs through fascial defects in the posterolateral abdominal wall.