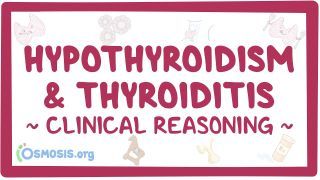 Transcript for Hypothyroidism and thyroiditis

In individuals taking these medications, serum TSH should be checked every 6 to 12 months to screen for hypothyroidism and, if it develops, T4 therapy is started right away.