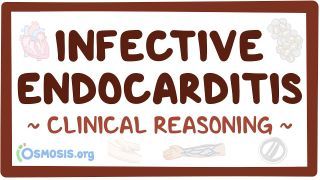 In addition, individuals with infective endocarditis should have a dental evaluation, focusing on periodontal inflammation, pocketing around teeth, and dental caries. That’s because it’s important to remove any potential source of oral infection to prevent recurrence of bacteremia and infective endocarditis.