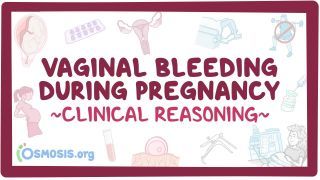 Transcript for Vaginal bleeding during pregnancy