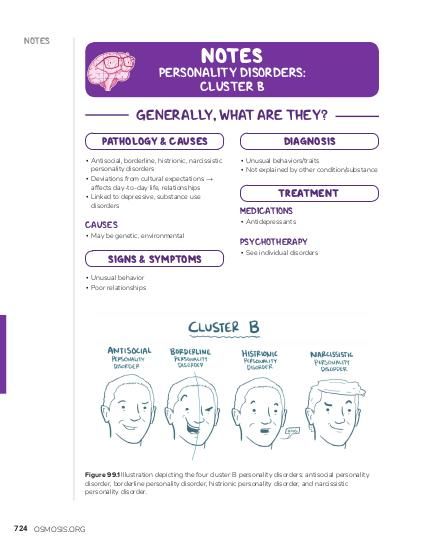 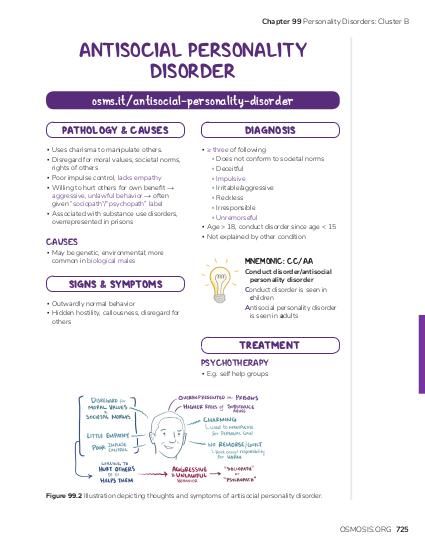 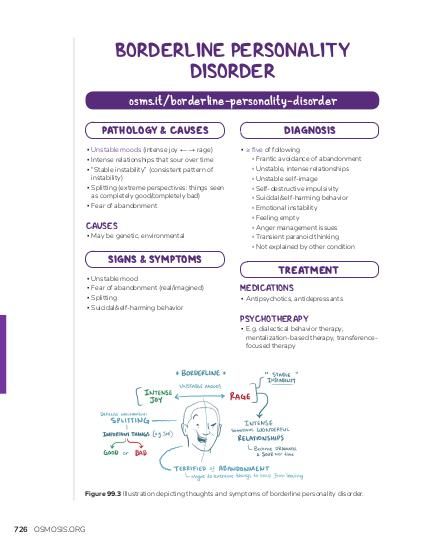 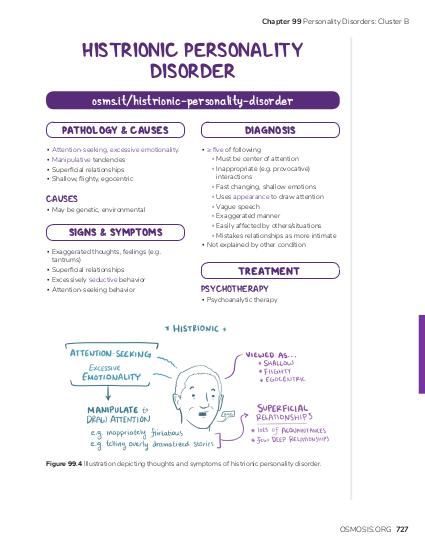 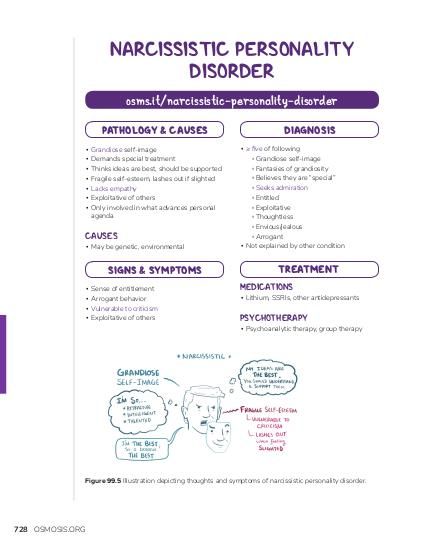 A 45-year-old man comes to the office for a routine physical examination. After waiting an hour, he begins to berate the receptionist and demands to be seen by a doctor. He says that other patients in the waiting room had tried to engage him in a conversation about their own problems. He says, “My health is far more important than their health! After all, I am the owner of a multinational bank!” During the visit, the patient expresses irritation in having to take the time out of his busy schedule and is under a lot of stress lately. The patient talks about feeling depressed because of multiple failed relationships, even though he is a “great romantic.” He recently broke up with his partner because they canceled a plan with him in order to visit their parents after their grandmother’s death. Past medical and family history is noncontributory. Temperature is 37°C (98.6°F), pulse is 81/min, respirations are 14/min, and blood pressure is 129/80 mm Hg. Physical examination shows no abnormalities. Which of the following is the best explanation for this patient’s behavior? 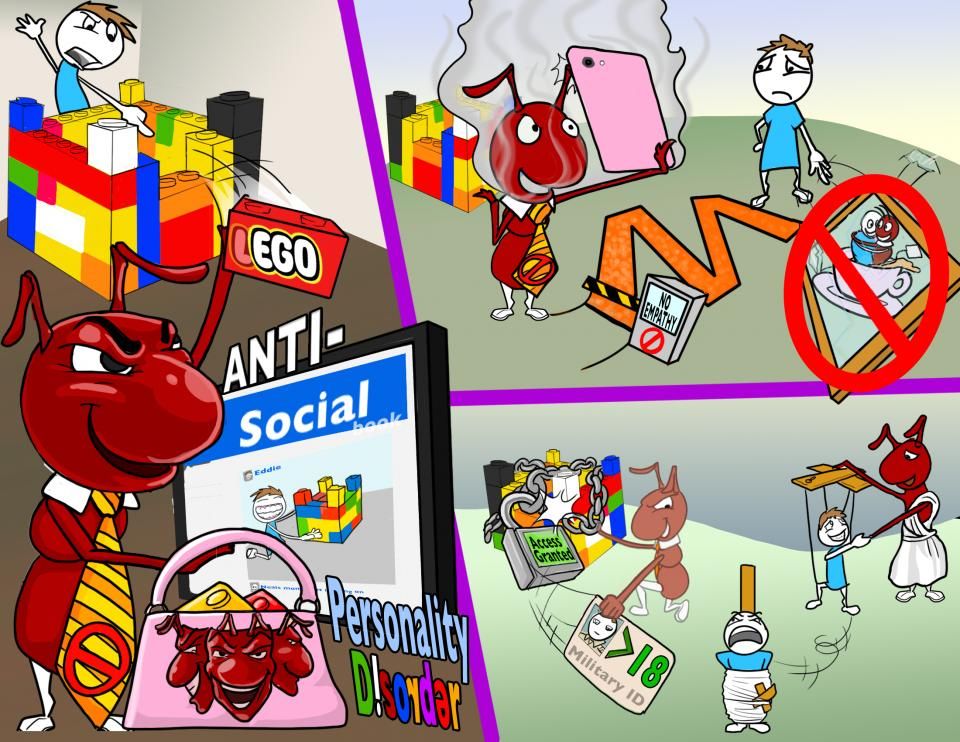 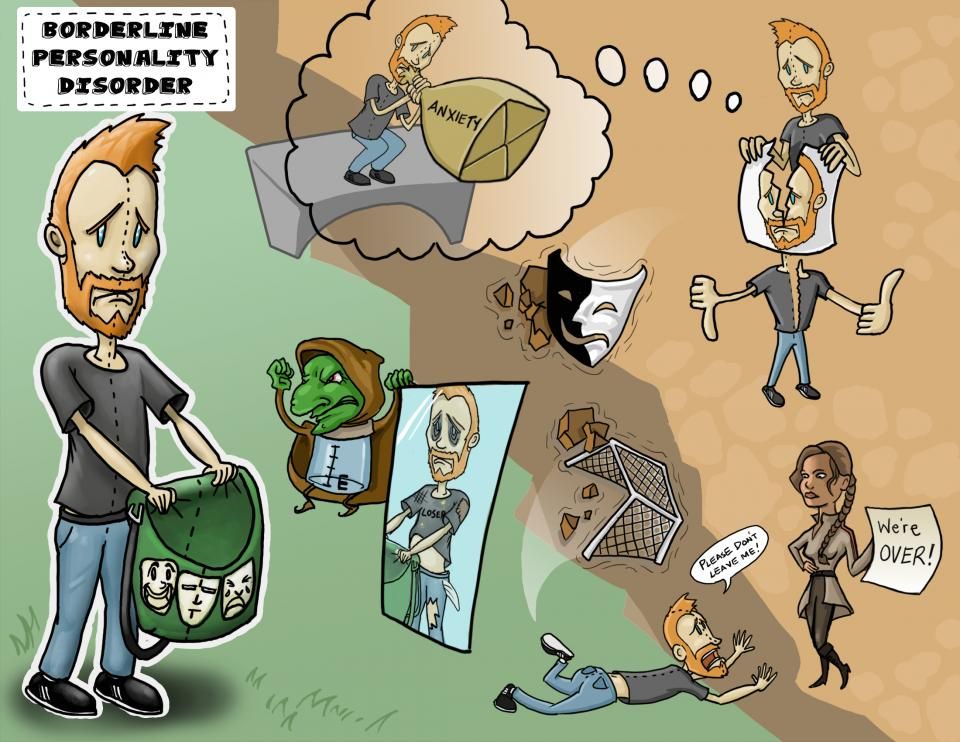 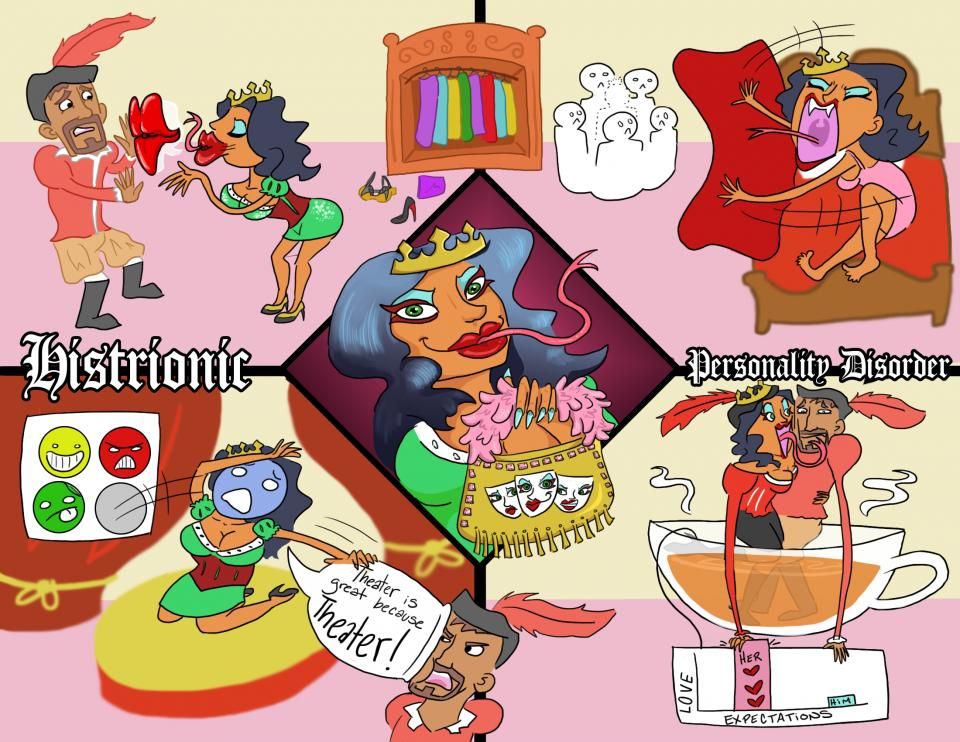 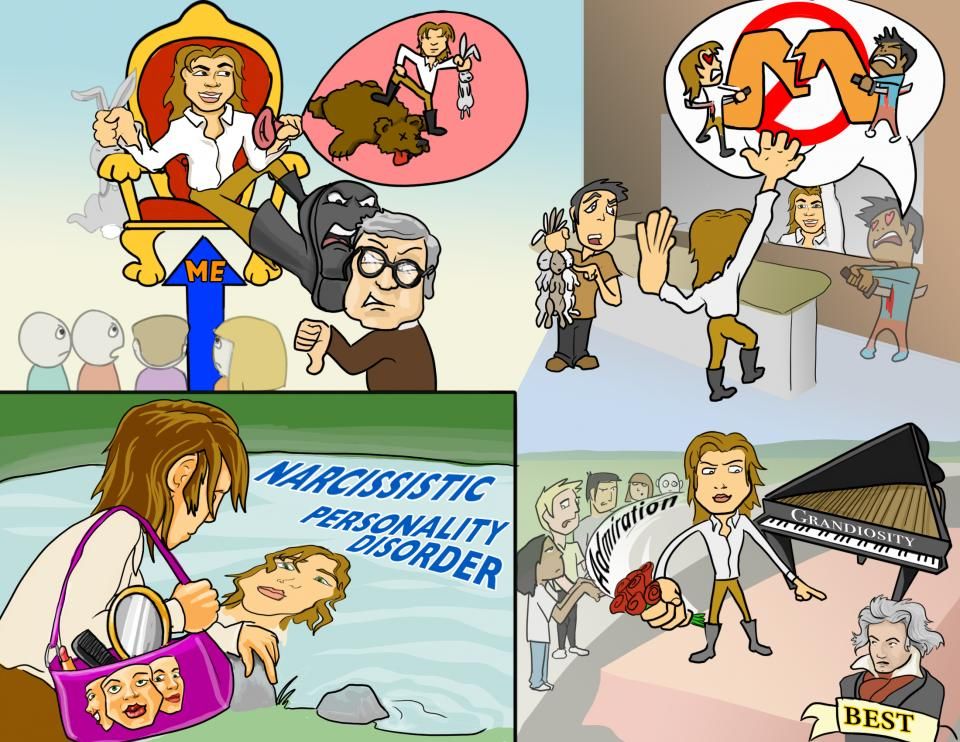