Assessments
Coarctation of the aorta 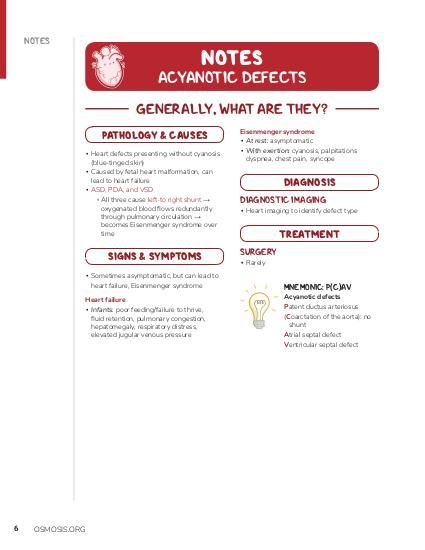 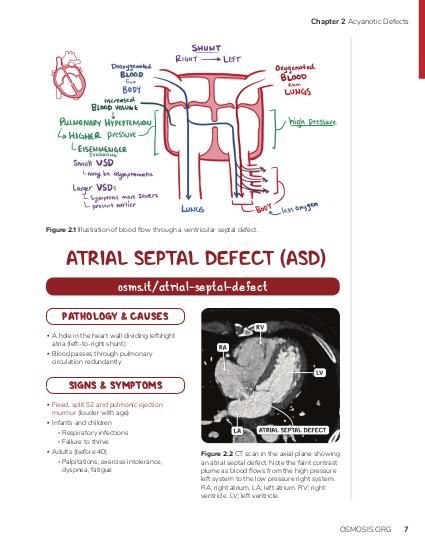 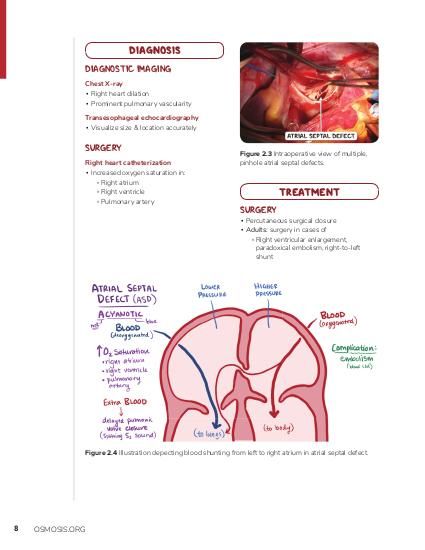 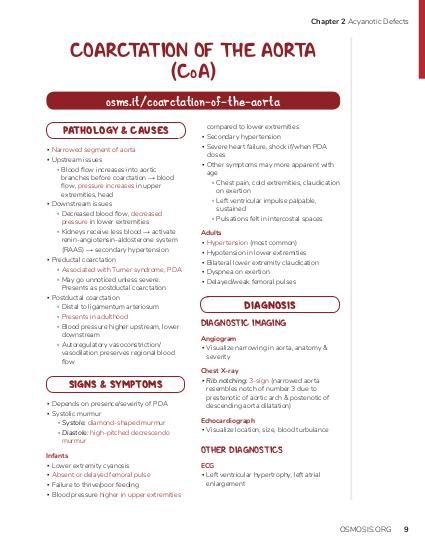 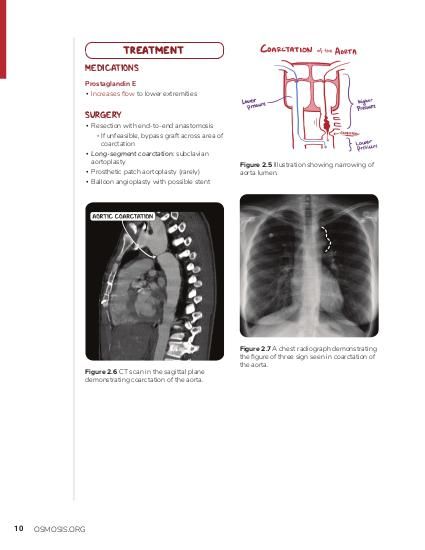 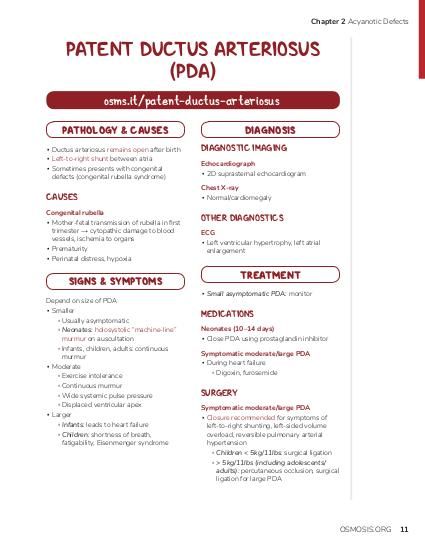 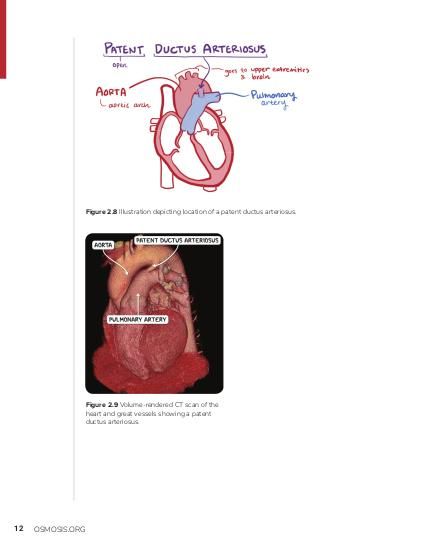 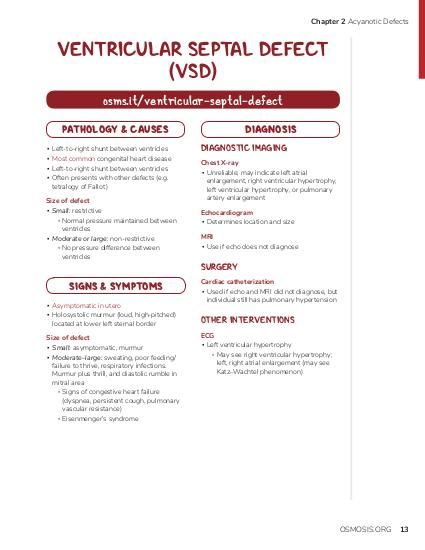 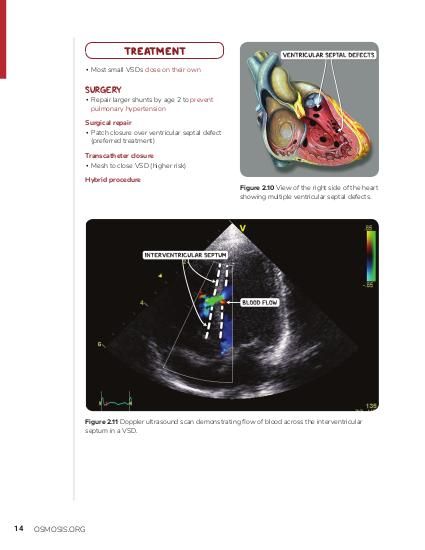 A 24-hour-old girl is found to be cyanotic in the newborn nursery. She was born by spontaneous vaginal delivery at 38 weeks to a gravida 1, para 0 healthy mother who received routine prenatal care. She is small for her gestational age. She has lower extremity cyanosis along with a mesh-like mass on the back of her neck. Her pulse is 150/min, respirations are 48/min, and a blood pressure is 120/80 mm Hg in the right arm, 124/82 mm Hg in the left arm, 80/40 mm Hg in the right leg, and 85/45 mm Hg in the left leg. Femoral pulses are 1+ and delayed. Cardiac examination shows a continuous murmur in the interscapular area. Faint crackles are heard at the bases of the lung fields bilaterally on auscultation. Which of the following is the most appropriate next step in management? 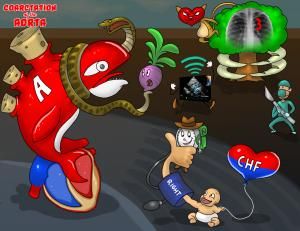 Coarctation of the Aorta

Coarctation of the aorta exam links

So, if we draw out a more simplified version of the heart, we’ve got deoxygenated blood coming into the right atrium that flows into the right ventricle. Now, as it’s pumped out of the pulmonary artery, it’s got two choices, right? One option is to go through the patent ductus arteriosus and continue down the aorta; the other option is to continue down the way it’s going. Well, since it’s higher pressure over here on the left side, you might think that the blood would say “thanks, but no thanks,” and keep going down the lower pressure pulmonary artery. Instead, this aortic coarctation adds a little twist. Since the spot right before the ductus arteriosus is narrower, blood flowing from the left side has a harder time going through, so actually there’s high pressure upstream of the coarctation, but low pressure downstream. So, what happens is that blood decides to go this way, through the patent ductus arteriosus and into the lower pressure area in the systemic circulation, and then continues down to the lower extremities, rather than the slightly higher pressure pulmonary artery. This gives you a real sense of exactly how much this coarctation reduces the pressure over on the systemic side.

Since deoxygenated blood is going to the lower extremities, infants typically present with lower extremity cyanosis, meaning a bluish or purplish discoloration of the lower limbs, which is often present even at birth. This is a really important thing to catch, because without intervention, these infants often don’t survive past the neonatal period. Infantile coarctation is something that happens during fetal development, and can occur on its own or can be associated with other congenital changes. It’s worth mentioning that it’s highly associated with Turner syndrome, a genetic abnormality where females only have one X chromosome instead of two.

All right, this brings us to adult coarctation, which accounts for the other 30% of cases, and typically develops, well, as an adult. Compared to infantile coarctation, in this type there usually isn’t a patent ductus arteriosus; instead, it’s been long since closed off and is now known as the ligamentum arteriosum. The coarctation usually happens in adults just distal to this ligament. So, now there’s no mixing of deoxygenated and oxygenated blood, but just like in infantile coarctation, the pressure is increased before the coarctation, because blood has a harder time squeezing through this narrowed artery, and it’s going to be lower downstream from the coarctation.

This causes both upstream and downstream issues. Upstream issues include blood flow increases into the aortic branches, and thus blood pressure increases in the upper extremities and the head. Increased cerebral blood flow means an increased risk of berry aneurysms, which happen when weak spots along blood vessels in the brain balloon out from the high pressures and become tiny sacs filled with blood. This increased pressure also tends to cause the aorta and aortic valve to dilate, or get larger, and the increased pressure means the aorta is at risk of aortic dissection, or tearing of the inner layer of the aorta.