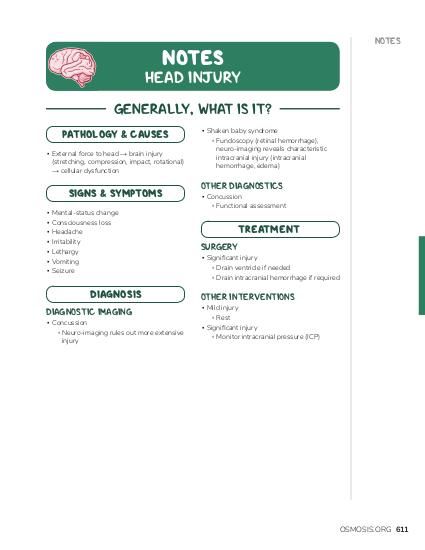 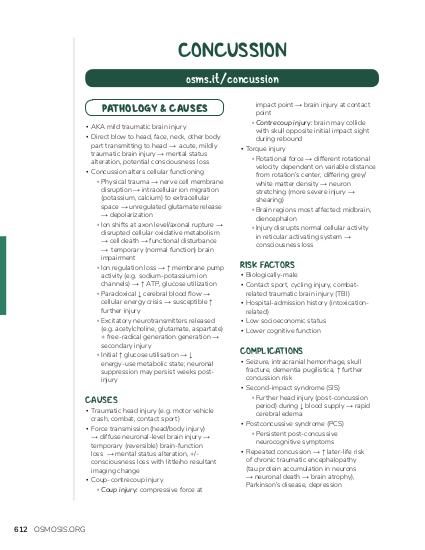 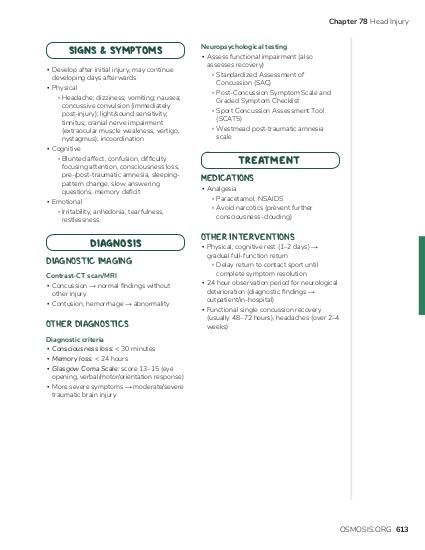 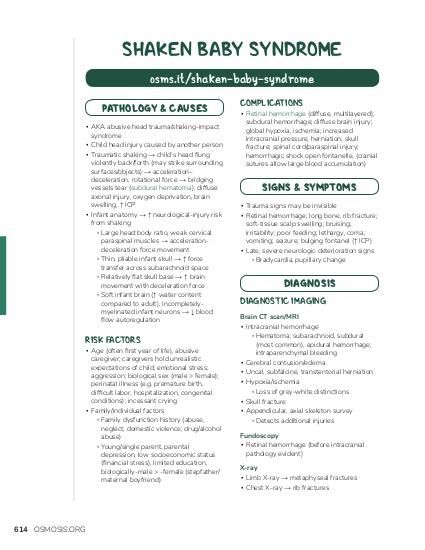 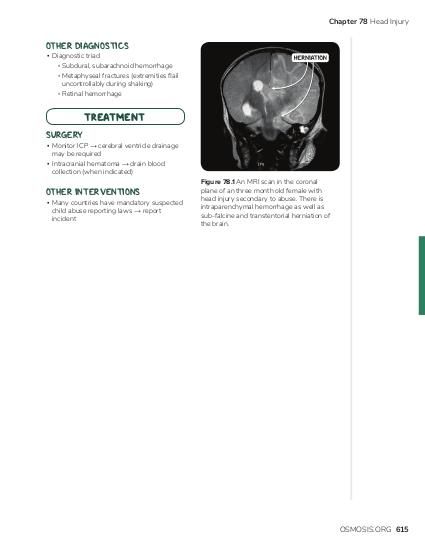 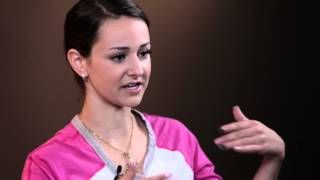 Concussion, also called a mild traumatic brain injury, usually starts with a hit to the head.

But what makes it a concussion is that the hit results in diffuse brain injury--meaning a large part of the brain is affected rather than a small specific area.

Also, concussions don’t cause obvious brain trauma that can be seen on imaging--like bleeding.

Most concussions are the result of injuries from things like motor vehicle accidents, falling down the stairs, recreational activities - like getting hit in boxing or getting tackled in a football game, or even violence in the home.

Now, the brain is made up of neurons--the functional cells of the nervous system.

Neurons are made up of three main parts. The dendrites, which are little branches off of the neuron that receive signals from other neurons, the soma, or cell body, which has all of the neuron’s main organelles like the nucleus, and the axon which is intermittently wrapped in fatty myelin.

When an electrical impulse called an action potential flows through a neuron, it causes the release of stored neurotransmitters into the gap between two neurons called the synapse.

This first neuron is called the presynaptic neuron.

When the neurotransmitter glutamate binds to a postsynaptic neuron, it causes ion channels to open, and positively charged ions like sodium, potassium, and calcium enter the cell.

This is called an excitatory postsynaptic potential, or EPSP, because more positive charge inside the cell causes a depolarization to happen.

If the overall charge of the cell increases enough, it triggers an action potential, which is an electrical signal that races down the axon at speeds of up to 100 meters per second, triggering the release of more neurotransmitter at the next synapse.

In contrast to glutamate, neurotransmitters like GABA, or gamma-aminobutyric acid, binds to postsynaptic neurons and open ion channels that lets in negatively charged chloride ions, creating an inhibitory postsynaptic potential, or IPSP, which make the cell potential more negative by repolarizing it.

So ultimately it’s a bit of a tug-of-war between stimulation from EPSPs and inhibition from IPSPs that ultimately decides if a neuron fires an action potential.

Now, keep that idea in mind as we shift gears a bit. A key concept with concussions is to understand the mechanisms of injury.

With concussions, there are two main types of injuries--coup-contrecoup injuries and torque injuries.

Lets use boxing as an example. In coup-contrecoup injuries, imagine a boxer punched in the middle of his forehead causing both his skull and brain to move backwards.

As this occurs, the momentum of the brain causes it to strike the inside of the back of the skull resulting in a contusion or bruise--this is the coup injury.

Subsequently, the recoil force directs the brain forward to strike the front of the inside of the skull resulting in another contusion--this is the contrecoup injury.

A torque injury is a bit different, and using our boxing example, let's say the boxer is now struck with a right hook--causing his head and neck to twist.

The brain suspended in the skull twists against the thinner stalk of the brain stem and stretching the structures within.

The area most affected is called the reticular formation, which is a network of nerves throughout the brainstem that controls the level of consciousness - how awake we are.

Summary
Concussion is the most common type of traumatic brain injury. Frequently defined as a head injury with a temporary loss of brain function, concussion causes a variety of physical, cognitive, and emotional symptoms, which may not be recognized if subtle. Headache is the most common symptom. Others include dizziness, vomiting, nausea, lack of motor coordination, difficulty balancing, or other problems with movement or sensation.
Sources
Feedback