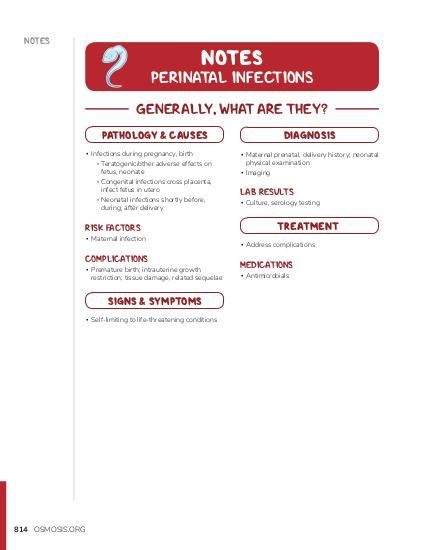 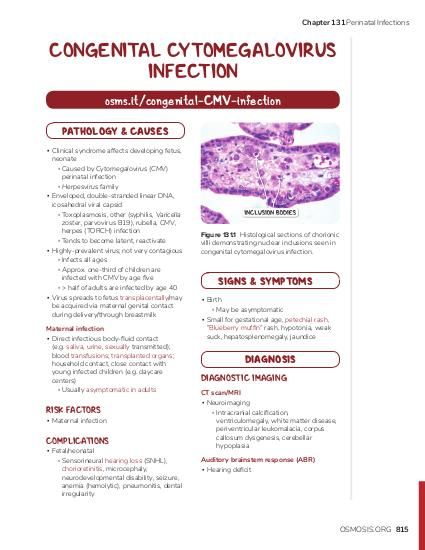 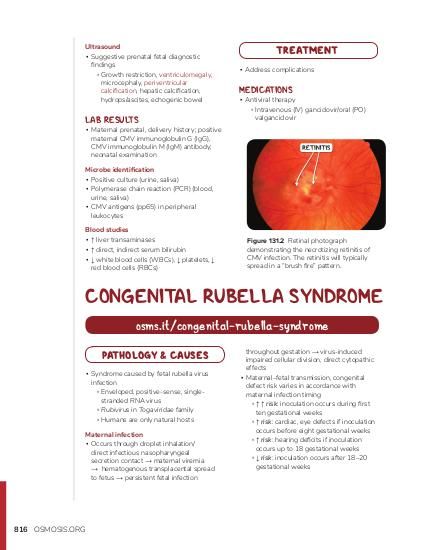 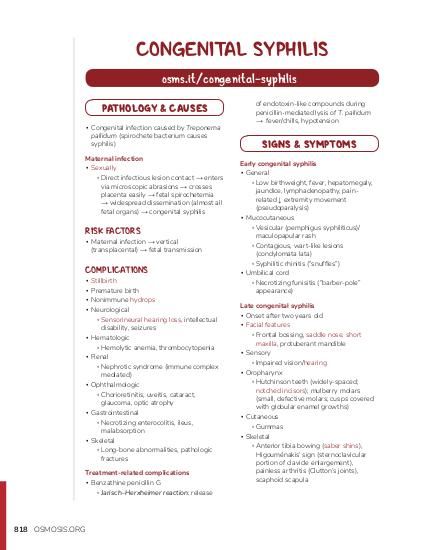 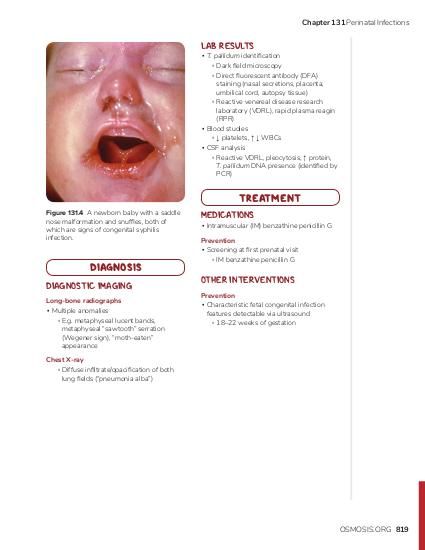 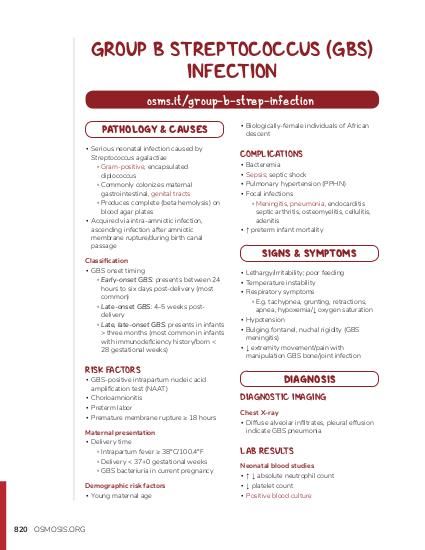 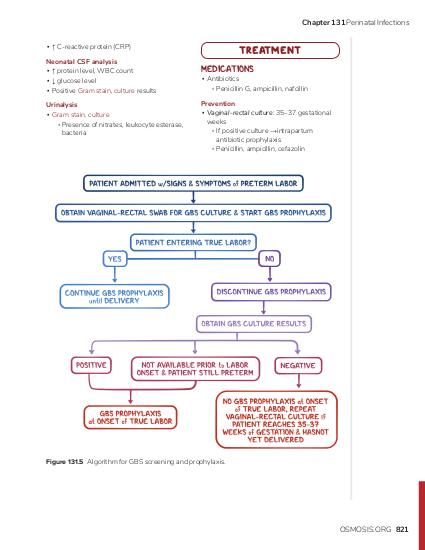 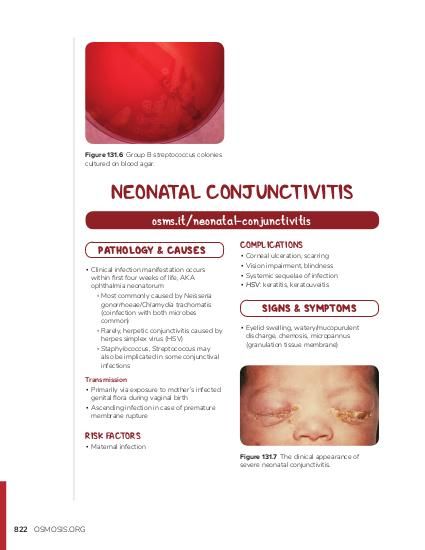 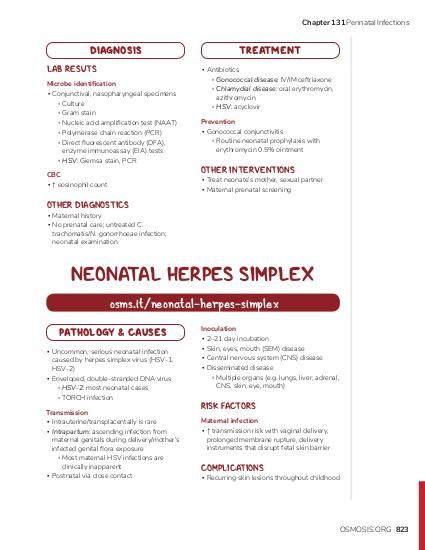 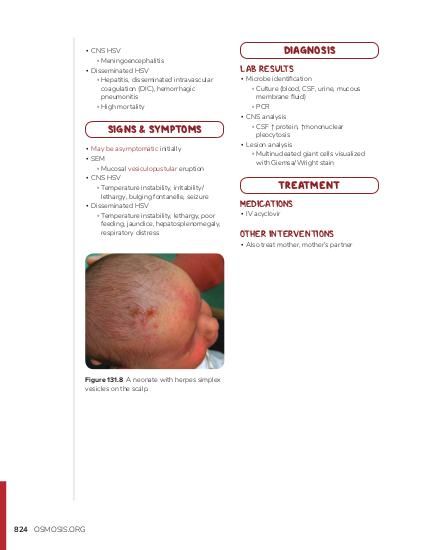 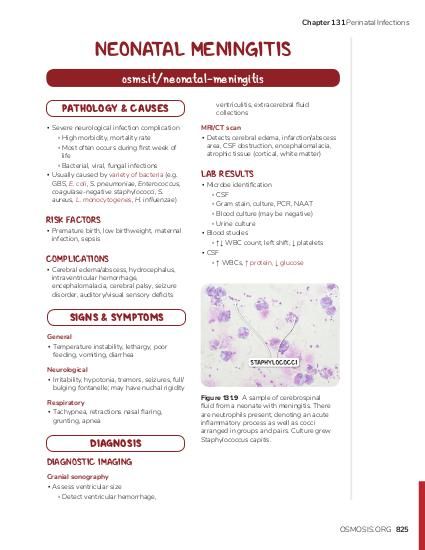 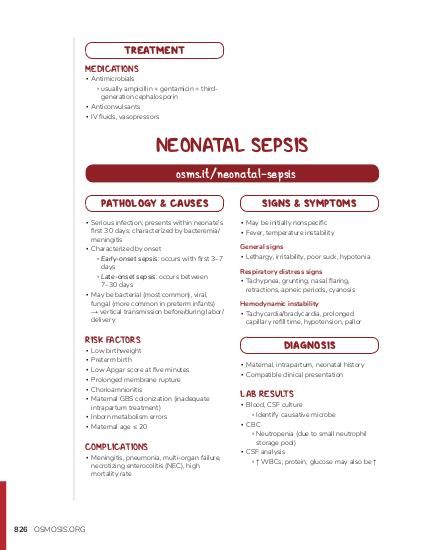 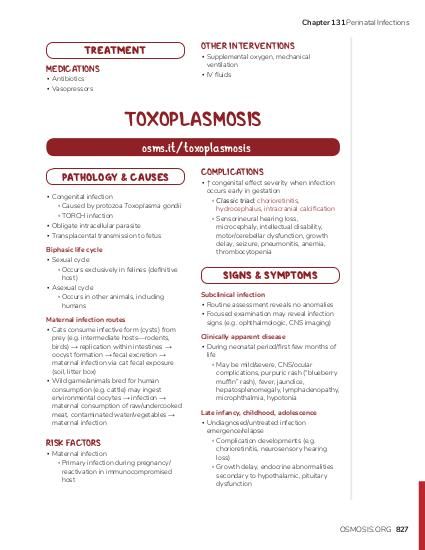 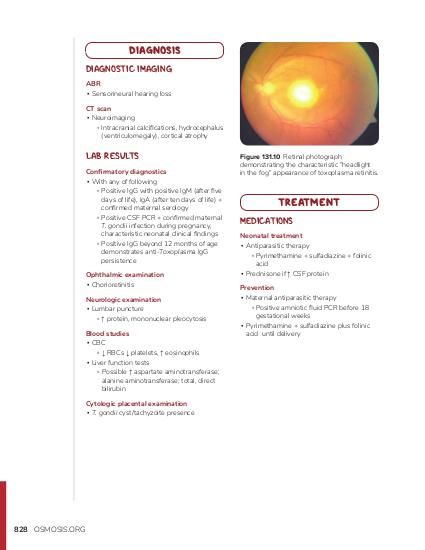 A 5-month-old female infant comes to the clinic because of seizures. She was born at term and there were no antenatal or intrapartum complications. Physical examination shows microcephaly, jaundice, and hepatosplenomegaly. Hearing examination shows hearing loss. CT scan of the head shows periventricular calcifications. Which of the following is the most likely diagnosis? 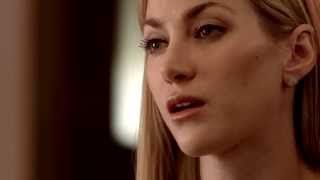 CMV is among the most common infections that cause defects during fetal development.

It is often grouped with other bacteria, parasites, and viruses that cause similar illnesses in the newborn, known under the acronym TORCH, which includes Toxoplasma.

CMV belongs to the herpesviridae family of viruses.

Herpesviruses are double-stranded DNA viruses which are surrounded by a lipid envelope.

CMV is usually transmitted through contact with blood and other body fluids like breast milk, saliva, genital secretions, and urine of an infected person; or from transplanted organs.

Congenital CMV infection occurs when a pregnant woman is infected by CMV for the first time during the pregnancy, or there's reactivation of an old infection, or reinfection with a new strain of CMV.

The virus in the mother travels through the placenta to the growing fetus.

The exact mechanism by which CMV causes infection and defects in the developing fetus is still unknown, but it’s thought to be because of two things.

First, CMV can be cytopathic, or cell-damaging, as it replicates within the cells.

It breaks down the cytoskeletons which maintain the cell structure which results in enlarged cells with intranuclear viral inclusion bodies, giving it the classic “owl's eye” appearance.

It is also possible CMV slows down the process of mitosis, or cell division.

Since mitosis helps drive the development of the fetus, tissue with infected cells might not grow properly.

Vasculitis can affect placental as well as fetal blood vessels, causing narrowing of the vessel wall. And, as a result, not enough blood flows to developing organs, causing abnormalities.

Congenital CMV also increases the risk of intrauterine growth restriction, meaning the fetus does not grow well, or oligohydramnios or polyhydramnios, which is increased or decreased amniotic fluid.

Most congenital CMV infections are asymptomatic or silent, with only 1 in 10 infected infants showing symptoms at birth.

The most common clinical manifestations include petechiae, which is tiny purple, red, or brown spots on the skin; jaundice, when the skin, whites of the eyes and mucous membranes turn yellow; hepatosplenomegaly which is enlarged liver and spleen; and microcephaly or an abnormally small head size due to an underdeveloped brain.

The hallmark feature of congenital CMV is progressive, permanent sensorineural hearing loss, or deafness, which can present at birth or develop later in life.

Congenital CMV is also associated with eye abnormalities such as chorioretinitis, or inflammation of the choroid and retina, strabismus, or muscle imbalance of the eyes, or cortical vision impairment.