A 12-month-old girl is brought to the ED by her mother due to vomiting and lethargy for the past 24 hours. The patient is formula-fed and has had normal feeding patterns until several hours ago, when she had an episode of vomiting. The mother reports they were at a barbecue outside yesterday for several hours, but that the baby had proper coverage from the sun. The patient has a history of meconium ileus after birth, when she was subsequently tested and found to have a homozygous ΔF508 deletion in the CFTR gene. The patient’s temperature is 37.0°C (98.6°F), pulse is 134/min, respirations are 32/min, and blood pressure is 98/75 mmHg. Physical examination reveals a stuporous girl with dry mucous membranes. Which of the following laboratory results are likely to be seen in this patient? 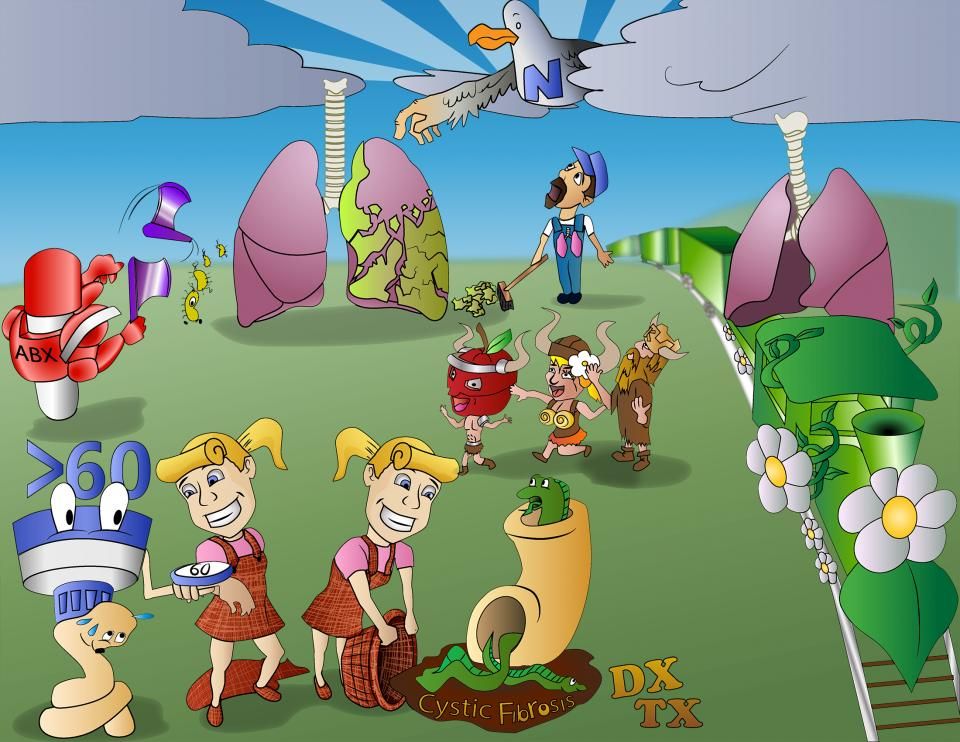 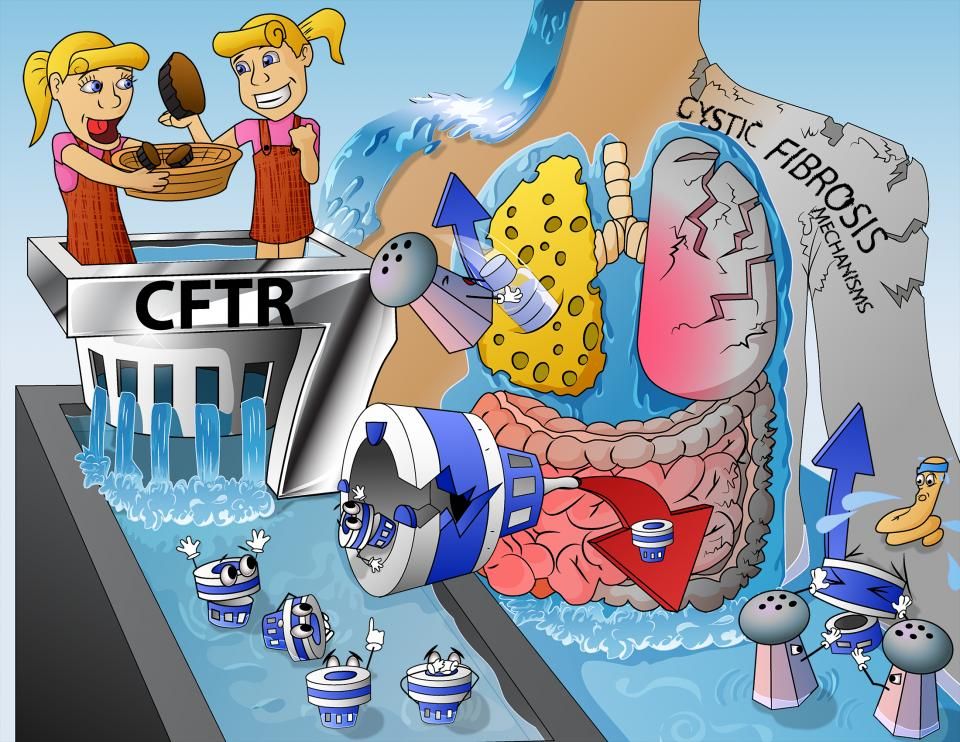 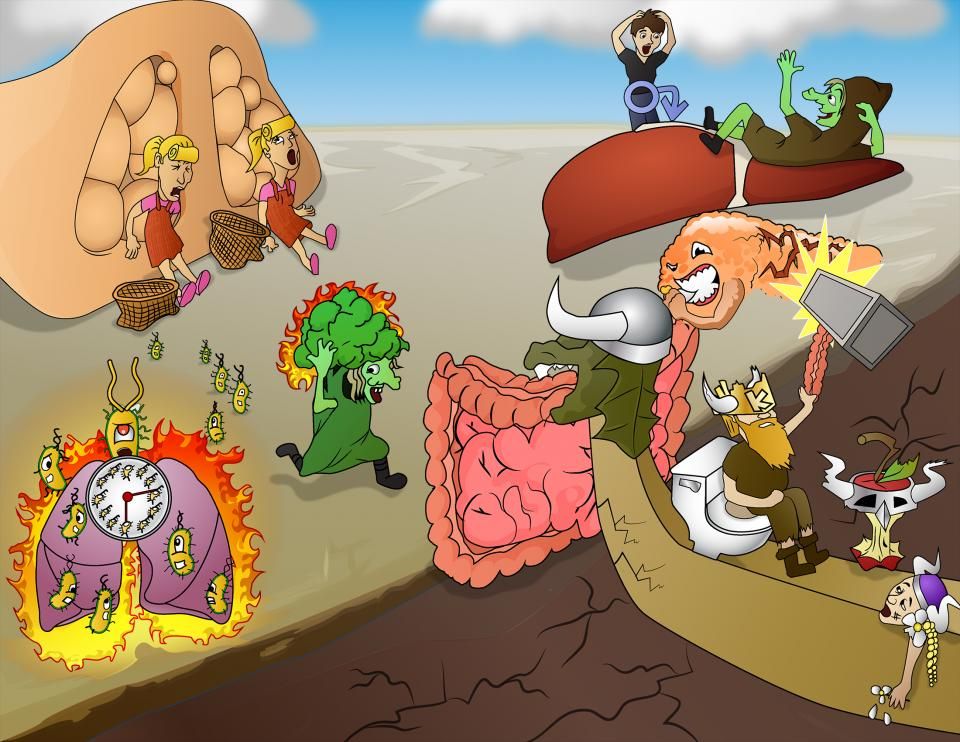 A newborn was delivered two days ago at home without any complications. Today, he was brought in for examination. The baby has a fever and a distended abdomen that's rigid on palpation. The mother mentions her son started vomiting a green fluid and that he has yet to pass his first stool. She also says she didn’t have access to prenatal care throughout the pregnancy. An x-ray was performed, and it showed air-fluid levels and dilated bowel loops, along with a “soap bubble” appearance. A pilocarpine-induced sweat test was done which showed a Cl- level over 60.

Now, the newborn seems to have cystic fibrosis. But first, a little physiology. Normally, elements like ions and water come in and out of the cell through specific channels located on the cell’s membrane. A very high yield fact you need to know is that there’s this particular channel called “cystic fibrosis transmembrane conductance regulator” or the CFTR protein, which is an ATP-gated channel, meaning it works by using ATP for energy. It transports negatively charged Cl-. In cells that produce mucus, it secretes the ion out of the cell, and in cells of the sweat glands, it reabsorbs Cl- back into the cell. Now, normally, cells in mucus membranes pump out chloride ions into the thick mucus, which helps attract water and make it less viscous. This mucus will protect the lining of organs and tissues like the airways, digestive system, and reproductive system. For example, the mucus produced by the glands in the airways allows the tiny cilia to sweep back and forth. This sweeping motion helps move the mucus and the bacteria or foreign particles trapped in it, out of the airways. Additionally, the CFTR protein also regulates the function of other channels, such as those that transport positively charged sodium ions. Now, cystic fibrosis, or CF, is an autosomal recessive disorder where there’s a mutation in the CFTR gene, and it is considered to be the most common lethal genetic disease in the Caucasian population. Keep in mind that the defective gene is located on chromosome 7 and that the defect itself is usually represented by ∆F508, an abbreviation which indicates that there’s a deletion of three nucleotides that code for phenylalanine at amino acid position 508. Another thing to know is that the ∆F508 mutation results in impaired post-translational processing. This means that the protein will be misfolded and it will not be glycosylated, so it’ll be retained in the endoplasmic reticulum, where it is degraded instead of being released to the cell membrane.

Without the CFTR protein on the epithelial surface, cells can’t transport chloride ions. In the mucus-secreting cells, the defect prevents chloride from being secreted, which causes intracellular levels to increase. It also leads to a compensatory sodium reabsorption via the epithelial sodium channels, or ENaC, because the inhibitory effect of the CFTR protein on ENaC is missing. Interestingly, this increase in sodium reabsorption causes a negative transepithelial potential difference, which basically means the epithelial surfaces with mucus producing glands have a significantly more negative electrical charge. This is important because the negative transepithelial potential difference can be measured intranasally, and thus it can be used as a diagnosis test for CF. Ok so going back to chloride ions, a high yield concept is that because they are trapped inside the cell, water won’t be attracted to the mucus to thin it out. As a result, the mucus secreted by these cells will be abnormally thick, so it builds up and obstructs the organs where it is secreted, causing extensive damage. In parallel, in sweat-producing cells, the defect prevents chloride ions from being reabsorbed, thus it accumulates in the sweat.

Now, this leads to a wide range of signs and symptoms, which mostly depend on the individual’s age. In a newborn baby, the thick secretions can affect the baby’s meconium or first stool. The meconium can get so thick and sticky that it gets stuck in the baby’s intestines and can cause small bowel obstruction. This is called a meconium ileus, and it is considered a surgical emergency because the obstruction can lead to bowel perforation and peritonitis. On examination, babies initially present a distended and rigid abdomen, and they might look mottled and lethargic. Another sign of obstruction is bilious vomiting, which is when the vomit has a green color due to a high bile content. If bowel perforation occurs, it can lead to septic shock, which can ultimately cause organ failure and death. If a baby is septic, the vital signs might show temperature instability, either a fever or hypothermia, tachycardia, tachypnea, and hypotension. Something to keep in mind is if a newborn survives meconium ileus, without proper management, they will most likely die of cardiorespiratory complications like pneumonia or bronchiectasis, which account for more than 80% of deaths due to CF.

In early childhood, the most prominent and high yield complication of CF is pancreatic insufficiency. This happens because thick secretions block the pancreatic ducts, preventing digestive enzymes from making it into the small intestine. Without those pancreatic enzymes, fat isn’t absorbed, causing steatorrhea or an abnormal amount of fat in a person’s stools. Over time, this can lead to poor weight gain and failure to thrive because most of the nutrients and fat-soluble vitamins like vitamin A, D, E, and K, are lost through stool.

Something that you might encounter on your test is avitaminosis A, which is important since it leads to squamous metaplasia of the epithelial lining of pancreatic exocrine ducts. This is particularly problematic because there’s already pancreatic damage, usually from the backed-up digestive enzymes that will start digesting the pancreas, causing pancreatitis. Sometimes, the destruction of pancreatic tissue can also reduce the endocrine function of the pancreas, causing insulin-dependent diabetes mellitus.

As the child grows, their lungs can also be affected, usually because the mucus in their airways are so thick that the cilia can’t move them out. So they get repeatedly colonized by bacteria, which causes chronic bacterial infection and inflammation. Sometimes, the mucus can get compacted and it starts acting as a mucus plug, which alongside chronic bacterial infection and inflammation, leads to bronchiectasis. Bronchiectasis represents damage to the airway walls that causes permanent dilation of the bronchi. This causes respiratory symptoms like cough with lots of sputum, and if the damage extends to the blood vessels, it can lead to hemoptysis.

Individuals can also develop recurrent pneumonia, especially when there’s chronic lower respiratory infections. There are a couple of high yield bacteria you need to remember! In infants and children, the pneumonia-causing pathogens are often gram positive bacteria, like Staphylococcus aureus or methicillin-resistant Staphylococcus aureus, whereas in teens and adults, it’s usually gram negative bacteria, like Pseudomonas aeruginosa. The recurrence of Pseudomonas aeruginosa pneumonia in CF has been linked, in part, to the bacteria’s ability to form biofilms. Biofilms are defined as communities of microorganisms that are attached to a surface, and in Pseudomonas cases, this is possible due to its mucoid polysaccharide capsule which makes it sticky.

Another thing to look out for is and allergic bronchopulmonary aspergillosis, or ABPA, which is a hypersensitivity reaction to the fungus Aspergillus fumigatus that can live in the sinus or lung cavity. Sometimes pulmonary symptoms can increase rapidly, causing a CF exacerbation. This usually includes worsening productive cough with sputum, dyspnea with exertion, fatigue, decreased appetite, and fever. Over time, repeated cystic fibrosis exacerbations can lead to irreversible respiratory failure and death.