A 5-year-old boy comes to the office because of red urine for the past six hours. He is currently being treated for acute lymphoblastic leukemia with chemotherapy that includes ifosfamide. His last dose of this round of chemotherapy was 48 hours ago. His temperature is 36.8°C (98°F), pulse is 87/min, respirations are 18/min, and blood pressure is 117/78 mm Hg. Urine sample shows macroscopic hematuria. Which of the following medications could have most likely prevented this adverse effect of treatment? 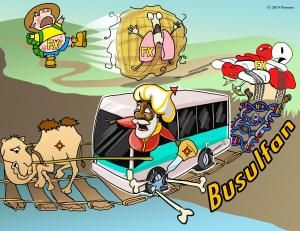 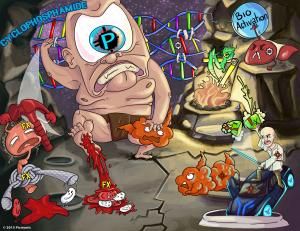 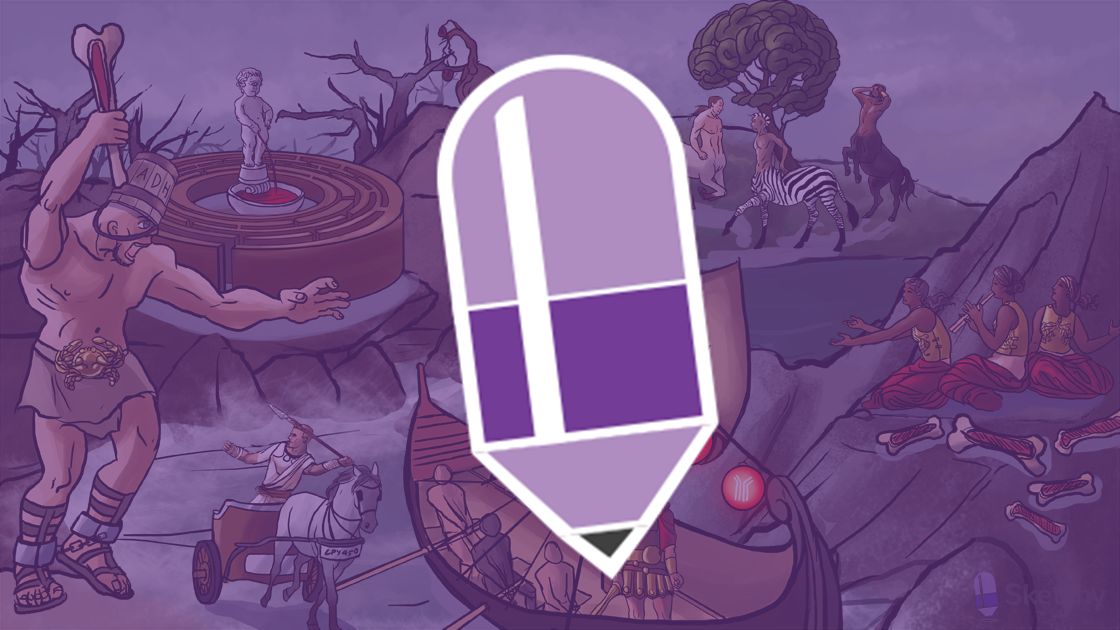 They disrupt the structure of DNA by adding an alkyl group to the guanine base and can affect all phases of the cell cycle.

Alright, the cell cycle refers to the events that somatic cells, which includes all of the cells in our bodies except the reproductive cells, go through from the moment they’re formed until the moment they divide into two identical daughter cells.

This cycle varies in length depending on the type of cell. For rapidly dividing cells, like skin cells, it takes less than a day, whereas for other cells, like liver cells, the cell cycle can last years.

There’s also a G0 phase which is an extended G1 phase where the cell is resting and not actively preparing to divide.

Alright, now imagine a cancer cell. This cell is going through the phases of the cell cycle without regulation, and its DNA also replicates more frequently and with less error-correcting than healthy cells. Therefore, it’s more sensitive to DNA damage.

Here’s a DNA base, guanine. Alkylating agents attach an alkyl group at the number 7 nitrogen atom of guanine.

Now, repair enzymes recognize there’s something wrong, so they attempt to replace the alkylated bases and cause fragmentation of the DNA, or DNA strand breakage.

When this section of the DNA is repaired, abnormal base pairing could result, like having a thymine paired up with guanine instead of the usual cytosine. Eventually the DNA damage results in cell death.

Now, another mechanism by which alkylating agents cause DNA damage is the crosslinking of DNA.

In this process, an alkylating agent that has two DNA binding sites causes two guanine bases to link together, forming a covalent bond, leading to the formation of cross-bridges.

Cross-linking prevents DNA from being separated for replication or transcription, eventually resulting in cell death.

DNA alkylating medications are cell cycle-nonspecific agents, meaning they act on tumor cells during all phases of the cell cycle, including the resting G0 phase.

Okay, let’s start with the nitrogen mustards, which include cyclophosphamide, mechlorethamine, and ifosfamide.

Nitrogen mustards are related to phosgene, the lethal ‘mustard gas’ that was used during World War I, but it’s also the first intravenous chemotherapy treatment for cancer.

Alright, now these agents are prodrugs, meaning that they are administered in an inactive form which needs to be metabolized into an active form by the liver cytochrome P450 enzymes.

Now moving onto the indications, cyclophosphamide and ifosfamide can be used in various types of cancers.

They are used against leukemias, which are a type of cancer that affect the cell in the bone marrow that eventually becomes white and red blood cells, and lymphomas, which are cancers of the immune cells in the lymph nodes.

It can also treat other solid tumor cancers like ovarian and breast cancer.

Finally, cyclophosphamide can be used for progressive or refractory cases of systemic lupus erythematosus, an autoimmune disease affecting multiple organs, and for multiple sclerosis, a demyelinating disease of the central nervous system.

In terms of toxicity, all alkylating agents depress bone marrow function and can cause aplastic anemia.

However, the most dangerous thing is the risk of developing leukemia or other malignancies after prolonged use.