An 11-year-old boy is brought to the pediatrician by his parents for evaluation of behavior problems. The patient has been frequently interrupting his parents when they are speaking with others. He often forgets to complete tasks assigned to him, such as cleaning up toys or taking out the trash and is easily distracted. His parents state that when they speak to him, he often does not seem to listen. The patient has been performing poorly in school, and his parents are scheduled to meet with the teacher next week. Past medical history is notable for a tonsillectomy at age 9. Height and weight are consistently tracking at the 50th percentile. Physical examination is unremarkable. Which of the following would be most useful in identifying the patient’s underlying condition? 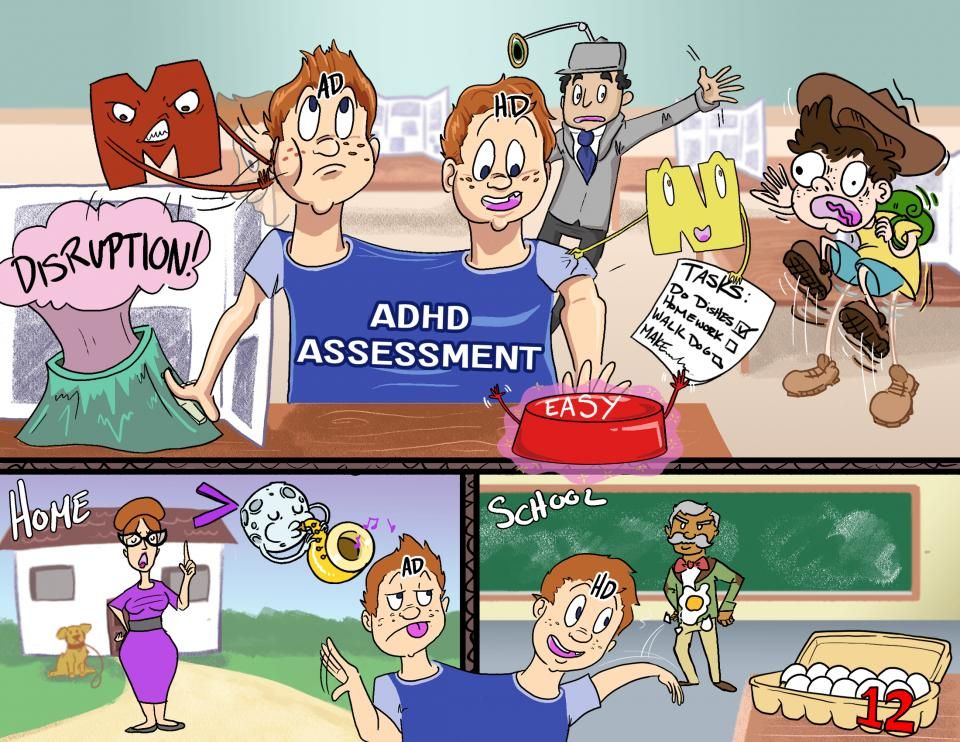 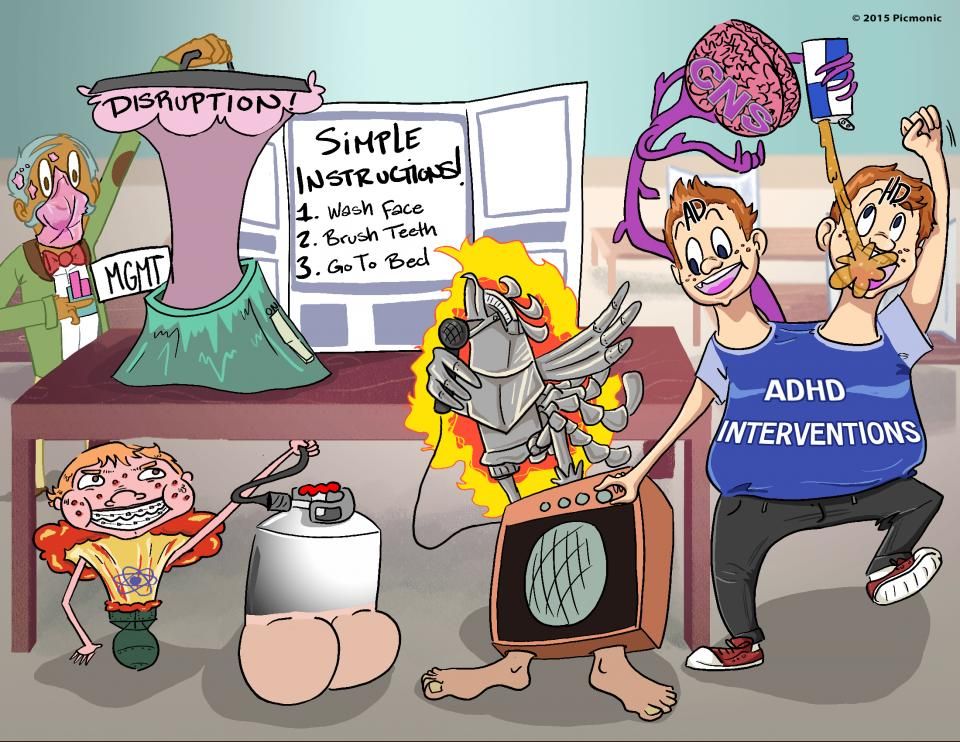 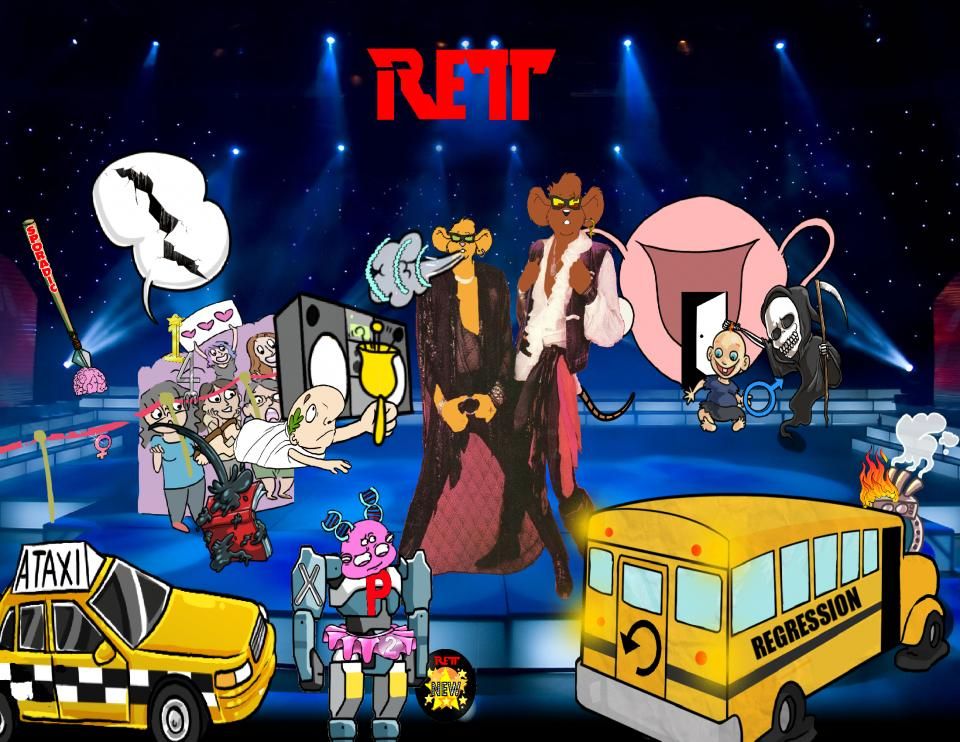 A 9 year old male, named Yama, is brought to the clinic by his mother, who is concerned about Yama’s behavior. She explains that his teacher has repeatedly complained about Yama constantly disrupting the class and interrupting his classmates. In addition, Yama also seems to struggle paying attention to his teacher and constantly forgets to do his assignments.

At home, Yama seems to find it hard to sit still, and often disregards anything his parents tell him. Yama’s mother estimates this behavior started about 8 months ago, and she thought it would just be a phase. During the visit, you notice that Yama seems restless and is constantly grabbing objects around him.

Okay, based on the initial presentation, Yama seems to have some form of developmental and learning disorder. Now, everyone develops at slightly different paces, but almost everyone hits the same general developmental milestones and learns the same sets of skills at about the same time. These are things like language and communication, socializing, cognitive skills like problem solving, and physical milestones like walking, crawling, and fine motor skills, all of which all progress as the brain develops. If one of these doesn’t develop as scheduled, it may be described as a type of developmental and learning disorder.

These include several psychological conditions that typically have their onset during childhood, although some of these disorders may last into adulthood. As a result, these disorders can interfere with how the affected person functions independently in society, and impair everyday activities like working, studying, eating, and sleeping, as well as have an impact on their families. For your exams, the most high yield developmental and learning disorders are autism spectrum disorder, rett syndrome, intellectual disability, specific learning disorder, and attention deficit hyperactivity disorder.

Okay, let’s start with autism spectrum disorder. For your exams, remember that this is more common in males and typically first presents in early childhood, before the age of 3, and lasts throughout the individual’s life. Now, autism spectrum disorder is thought to have a genetic cause, which ultimately affects brain development, and may lead to an enlarged brain or head. And that’s extremely high yield!

First is deficits in social-emotional reciprocity, which refers to how children respond or reciprocate in social or emotional interactions. Second is deficits in nonverbal communication, which refers to difficulties either using nonverbal communication themselves, like putting their arms out when they want to be picked up; or interpreting nonverbal cues from someone else, like being unable to tell when a parent’s upset, even if the parent’s frowning and crossing their arms. And third is deficits in developing, maintaining, and understanding social relationships, which ranges from adjusting their behavior to suit a specific context, to difficulties with making and keeping friends.

The second core type of deficit associated with autism spectrum disorder involves restricted and repetitive behaviors, interests, and activities. In a test question, keep an eye out for at least two of the following four symptoms. First, there are stereotyped or repetitive motor movements, which can involve eye twitches, use of objects, or speech. Second, individuals can be inflexible when it comes to change, or might show ritualized patterns of verbal or nonverbal behavior, like always facing one direction when they play, or lining up their toys.

Third, they might have highly restricted, fixated interests like having a very specific and in-depth knowledge of computers. In addition, they might have difficulties switching between activities. And fourth, they could show hyper- or hypo reactivity to specific sensory stimulation, like being indifferent to pain or getting extremely upset by the sound of rain.

There’s no cure for autism spectrum disorder, but there are treatment options that can help maximize the quality of life and functional independence. This includes things like specialized educational programs and behavior therapy, which must be specifically and carefully tailored to each child.

Okay, next is Rett Syndrome. This is caused by a mutation in the methyl-cpg-binding protein 2 gene, or mecp2 gene, which is found on the x chromosome. For your exams, remember that this mutation usually occurs de novo or sporadically, meaning that it’s usually not inherited from a parent, and it’s x-linked dominant, so it almost exclusively manifests in biological females.

That’s because they have two x chromosomes, so the mutated mecp2 gene can be compensated for by a functional mecp2 gene on the other x chromosome. On the other hand, biological males have only one x chromosome, and that might be why males with the mutation typically die in utero or shortly after birth.

Now, symptoms of Rett Syndrome most commonly appear between the ages of 6 and 18 months, becoming evident by the age of 4 years, and include a regression in all motor, verbal, and cognitive skills. For example, a child who could initially speak a few words or grasp things with their hands may no longer be able to do that. Children often also demonstrate classic repetitive hand wringing, like flapping their hands or clasping their hands together tightly.