A 13-year-old girl is brought to the emergency department complaining of blurry vision. The patient says that over the past few months she has noticed gradual vision changes in both eyes, which have gotten worse over the past few weeks. The patient recently started the new school year and is finding it difficult to read the homework assignments, and she says she accidentally ran into a tree without seeing it yesterday. The patient has a history of corrected congenital hip dysplasia. The patient’s mother has autoimmune thyroiditis. The patient’s temperature is 37.0°C (98.6°F), pulse is 88/min, respirations are 25/min, and blood pressure is 105/64 mmHg. Physical examination shows a well-appearing adolescent in no acute distress with severe bilateral cataracts and a normal thyroid gland. Laboratory studies show the following:

Which of the following is the most likely mechanism of this patient’s vision loss?
Memory Anchors and Partner Content 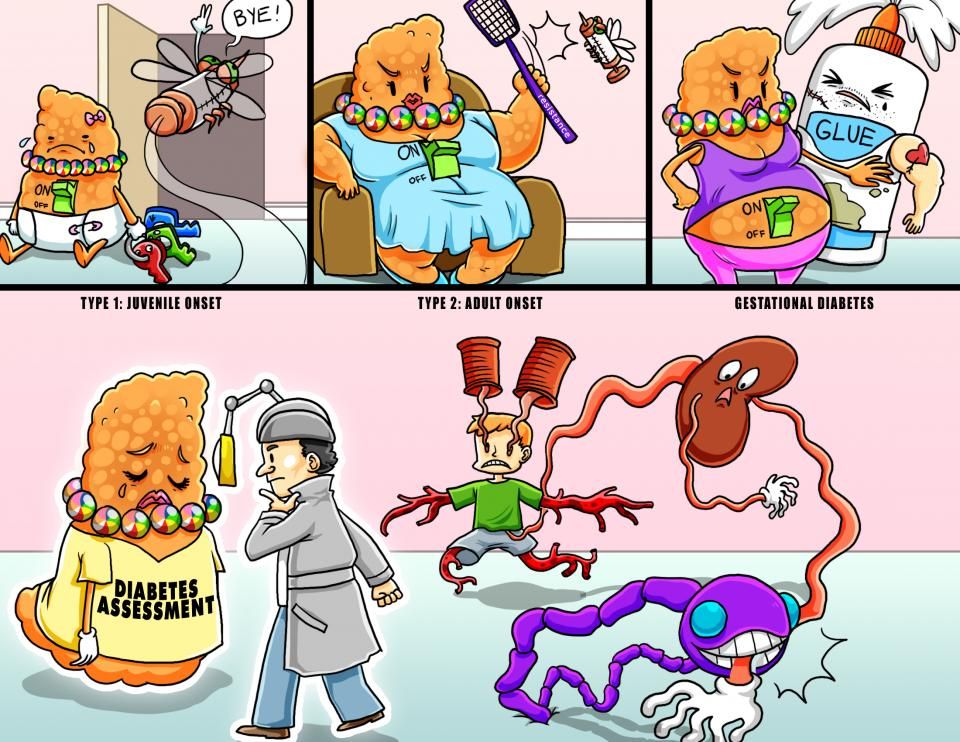 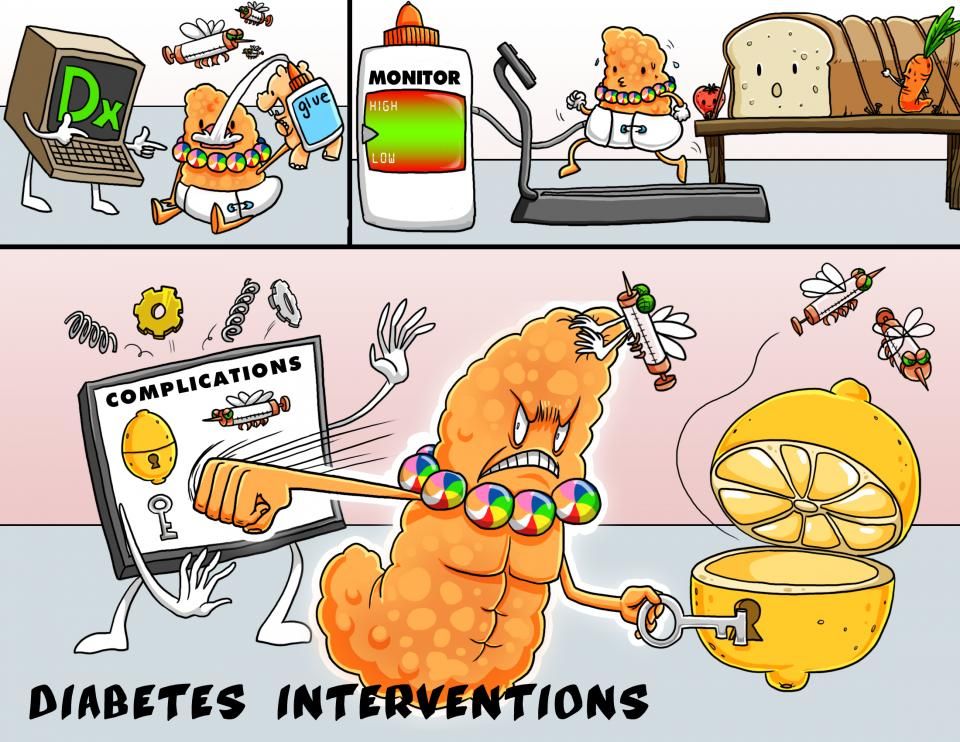 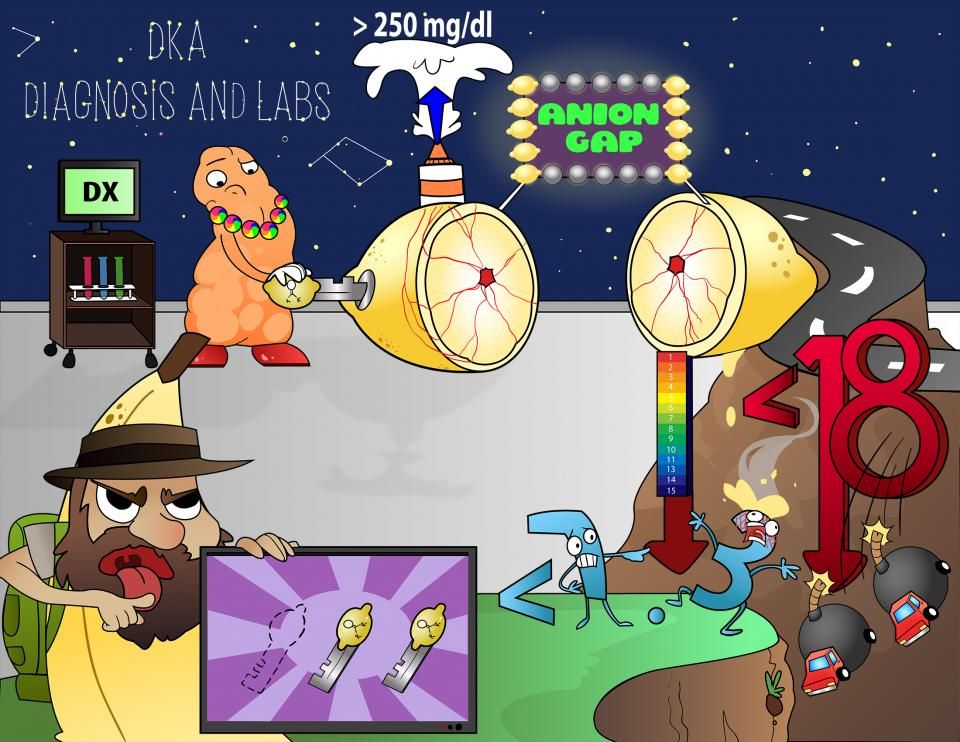 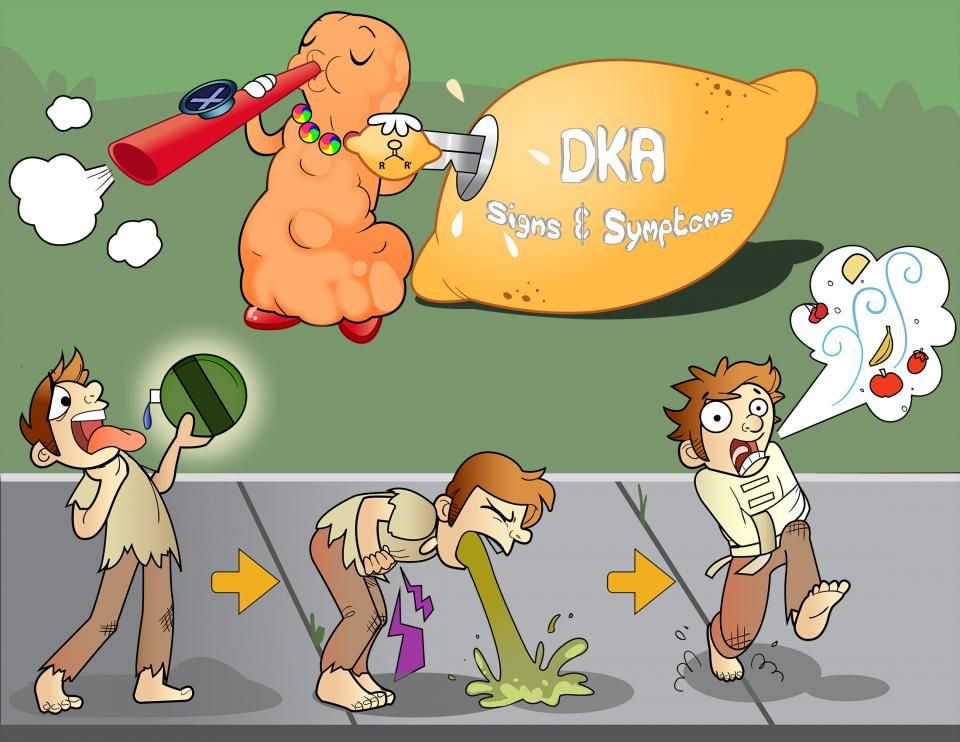 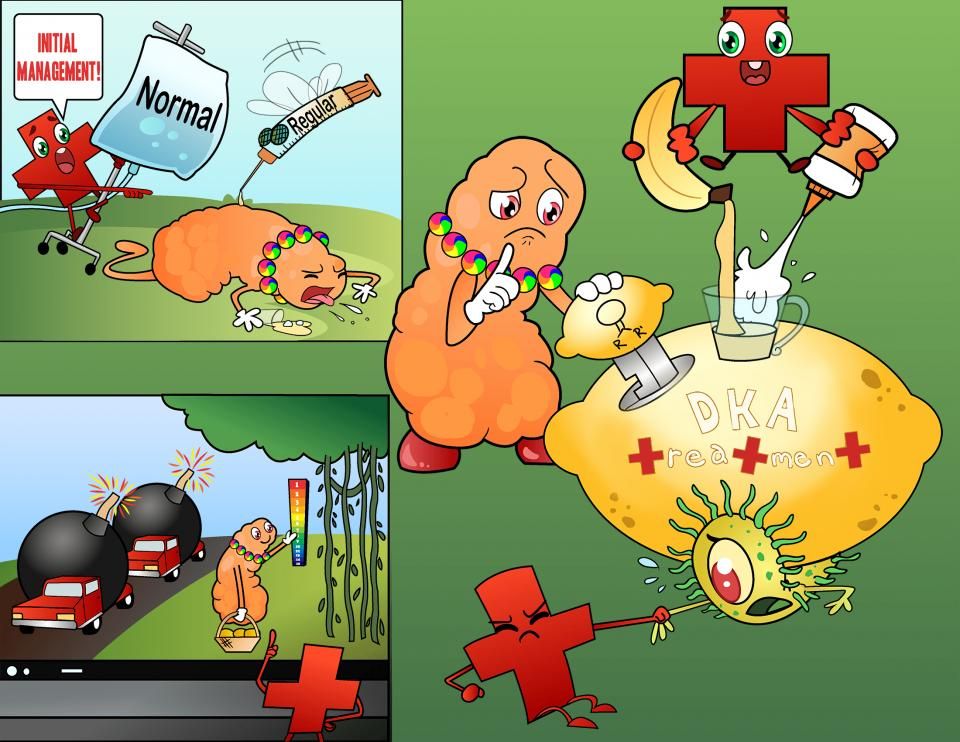 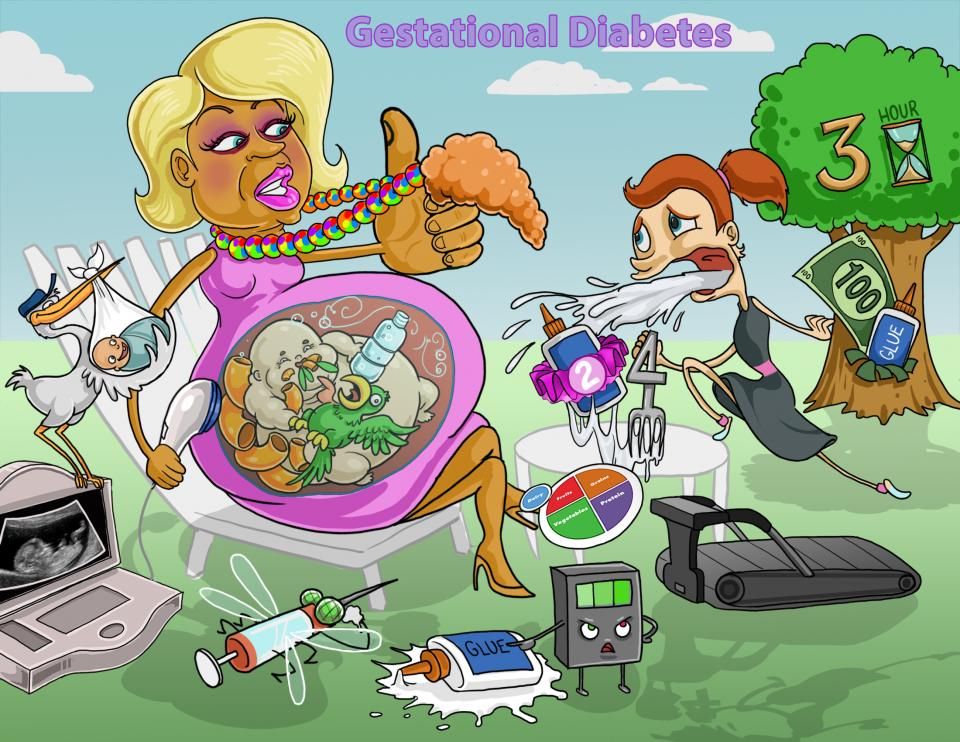 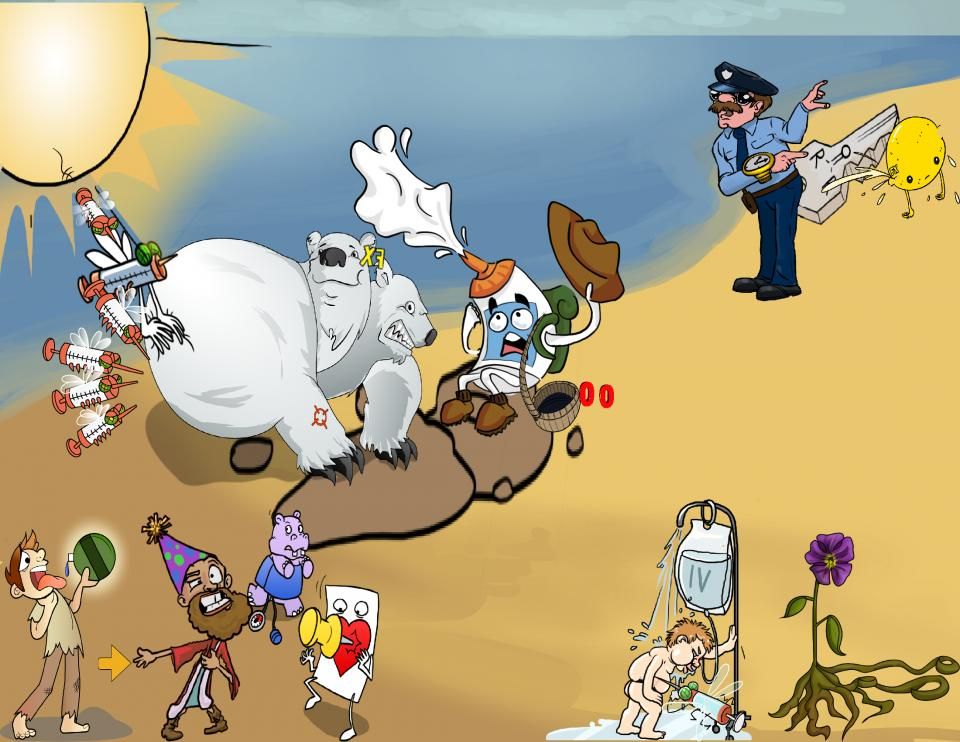 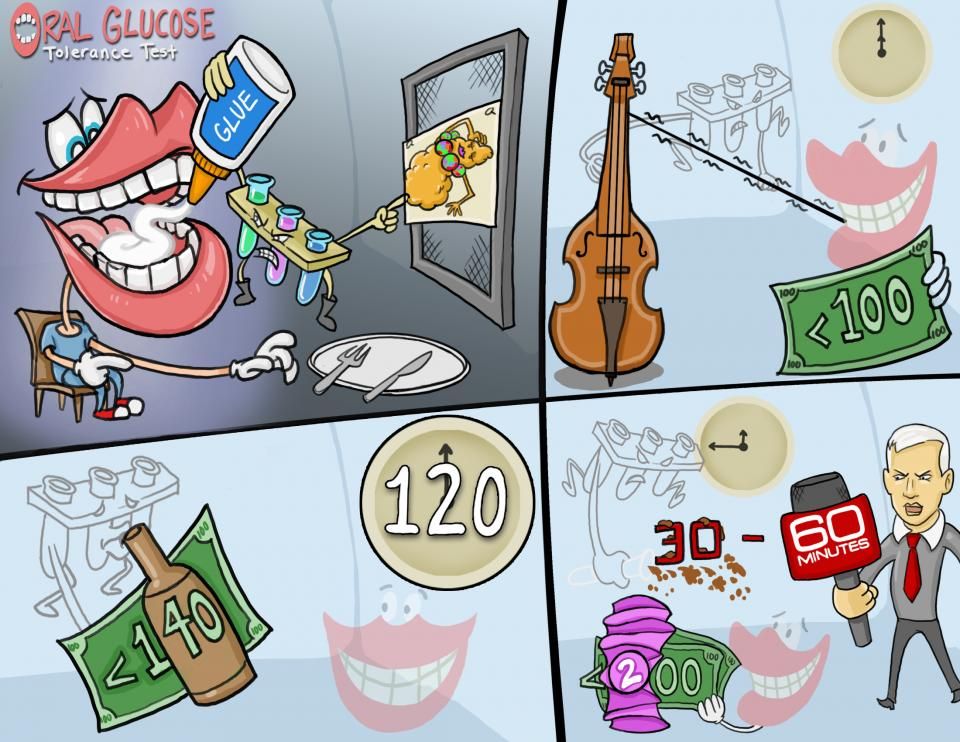 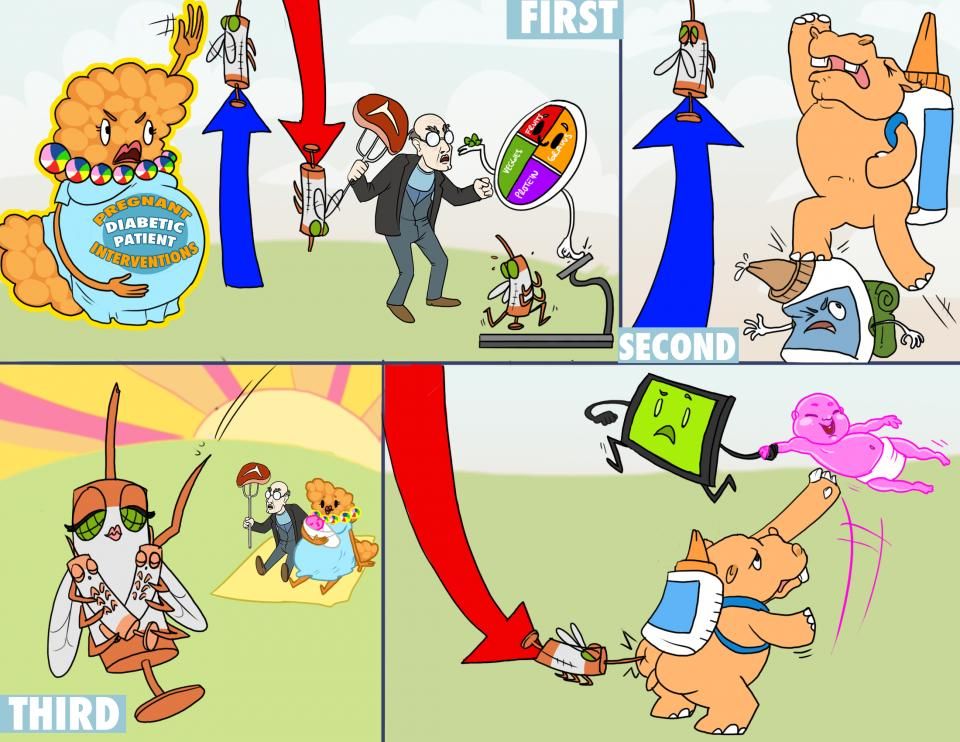 In the Emergency Department, two individuals came in. One of them is 12 years old Timmy, who is severely dehydrated, presents with rapid and deep breaths, abdominal pain, nausea and vomiting. On the clinical examination, his breath actually smells fruity and sweet. Timmy’s parents said that he had been eating a lot lately, but he actually lost weight. Also, they said that Timmy is also drinking water all the time and going to the bathroom a lot. The other person is 55 year old Oliver, who also came in with severe dehydration, lethargy and his family said he had a seizure about 2 hours ago, and in the past month, he had lost some weight, although he had been eating. Both individuals underwent several investigations, including glucose levels, ketone bodies BMP and an ABG.

Okay, based on both individuals’ symptoms, we can assume that both suffer from diabetes mellitus. Diabetes mellitus is a condition where glucose can’t be properly moved from the blood into the cells. This leads to high levels of glucose in the blood and not enough of it inside cells. Since cells need glucose as a source of energy, not letting glucose enter means that the cells starve for energy despite having glucose right on their doorstep.

In general, the body controls how much glucose is in the blood with two hormones: insulin and glucagon. Both of these hormones are produced in the islets of Langerhans of the pancreas. Insulin is secreted by the beta cells, while glucagon is secreted by the alpha cells. Insulin reduces blood glucose levels. It does that by binding to insulin receptors embedded in the cell membrane of insulin-responsive tissues, like muscle cells and adipose tissue. When activated, the insulin receptors cause vesicles containing glucose transporter that are inside the cell to fuse with the cell membrane, allowing glucose to be transported into the cell.

Let’s start with Type 1 diabetes mellitus, which is an autoimmune condition. See, autoimmune conditions sometimes happen together. So on the exam, the past medical history might include a history of autoimmune thyroid disease like Hashimoto’s thyroiditis, or vitiligo or lupus. In type 1 diabetes, the immune system targets and destroys the beta-cells of the pancreas. A common target is an enzyme inside beta cells called glutamic acid decarboxylase, which helps make gamma aminobutyric acid or GABA, which, among others, increases insulin release and also has a protective and regenerative effect on the beta-cells. The high yield fact to remember is that the antibodies against glutamic acid decarboxylase are called GAD antibodies. In addition, other antibodies like anti-islet cell antibodies can also be present. Without the protective and regenerative effect of GABA, the beta cells progressively decrease. Losing beta cells means less insulin, and less insulin means that glucose builds up in the blood, because it can’t enter the body’s cells.

Now, there is a gene complex involved in the regulation of the immune response and this is called the human leukocyte antigen system, or HLA system. These genes code for the major histocompatibility complex, or MHC, which is a protein that’s extremely important in helping the immune system recognize foreign molecules, as well as maintaining self-tolerance. MHC is like the serving platter that antigens are presented to the immune cells. Interestingly, people with type 1 diabetes often have specific HLA genes in common; HLA-DR3 and HLA-DR4, both of which are high yield for your exams.

In diabetes mellitus type 1, destruction of beta cells usually starts early in life and individuals present with symptoms of diabetes before the age of 30. In type 1 diabetes, the tissues are very sensitive to insulin, but since there are less beta-cells, insulin levels are low. On histology, there is usually an islet leukocytic infiltrate.

There are Four clinical symptoms of uncontrolled diabetes, there’s polyphagia, glycosuria, polyuria, and polydipsia. Let’s go through them one by one. Even though there’s a lot of glucose in the blood, it can’t get into cells, which leaves cells starved for energy, so in response, adipose tissue starts breaking down fat, called lipolysis, and muscle tissue starts breaking down proteins, called proteolysis both of which results in weight loss for someone with uncontrolled diabetes. This catabolism leads to polyphagia. Now with high glucose levels, when blood gets filtered through the kidneys, some of it starts to spill into the urine, and this is called glycosuria. Since glucose is osmotically active, water tends to follow it, resulting in an increase in urination, or polyuria. Finally, because there is so much urination, people with uncontrolled diabetes become dehydrated, resulting in polydipsia.

Now, let’s move on to Type 2 diabetes mellitus. In type 2 diabetes, the body makes insulin, but the tissues don’t respond as well to it. The exact reason why cells don’t “respond” isn’t fully understood, essentially the body’s providing the normal amount of insulin, but the cells don’t move their glucose transporters to the membrane. This is called insulin resistance.

The most important risk factor for insulin resistance is obesity. Apart from this, there are also some genetic factors involved. We see this when we look at twin studies as well, where having a twin with type 2 diabetes increases the risk of developing type 2 diabetes, completely independent of other environmental risk factors.

In Type 2 diabetes, since tissues don’t respond as well to normal levels of insulin, the body ends up producing more insulin in order to get the same effect and move glucose out of the blood. This works for a while, and by keeping insulin levels higher than normal, blood glucose levels can be kept normal. This beta cell compensation, though, isn’t sustainable, and over time these overworked beta cells get exhausted, and eventually die off. When this happens, insulin level will start decreasing. So remember that the serum levels of insulin in type 2 diabetes is variable, depending on when it’s diagnosed.

Diagnosing type 1 or type 2 diabetes is done by getting a sense for how much glucose is floating around in the blood. Very commonly, a fasting glucose test is taken where the person doesn’t eat or drink, except water, that’s okay, for 8 hours and has their blood tested for glucose levels. A Level of 126 milligrams per deciliter or higher indicates diabetes. A non-fasting or random glucose test can be done at any time, with 200 milligrams per deciliter or higher being diagnostic for diabetes if the individual has symptoms. Another test is called an oral glucose tolerance test, where a person is given glucose, and then blood samples are taken at time intervals to figure out how well it’s being cleared from the blood. A glucose level over 200 milligrams per deciliter after 2 hours indicates diabetes.