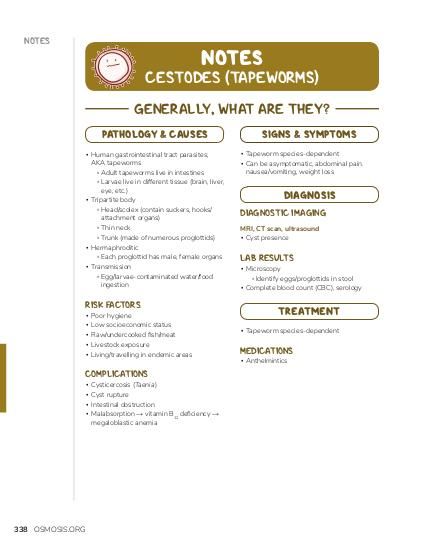 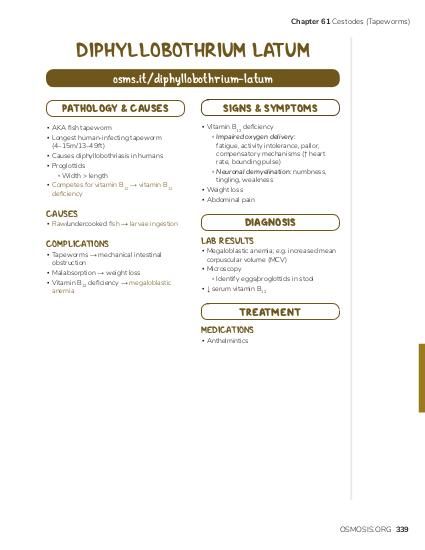 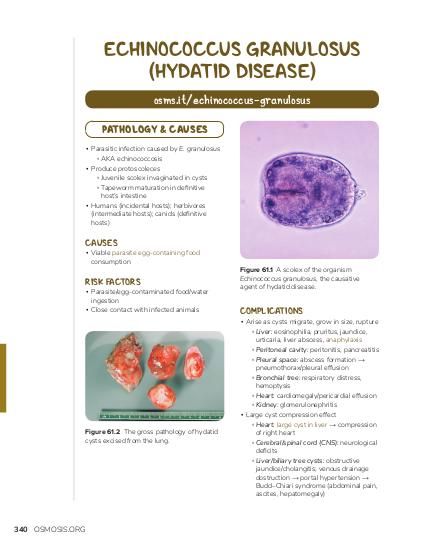 A malnourished, 50-year-old man is brought to the emergency department after he is picked up wandering the streets naked and disoriented with multiple lacerations on his body. It is assumed he has been lost in the woods for several days. He appears agitated, ataxic, and delirious; aggressive rehydration with IV dextrose 5% in saline is initiated. Over 48 hours the patient becomes euvolemic but appears more agitated than previously and has to be restrained so that he will not leave his bed and fall to the floor. The patient rambles about "a big storm coming in" and the "need to get ashore." The patient turns out to be a local fisherman, known for his eccentric ways, and he has lived as a hermit for many years. The physician orders a colonoscopy and a stool ova and parasite test which comes back positive. What is the most direct cause of the patient's delirium and psychiatric symptoms? 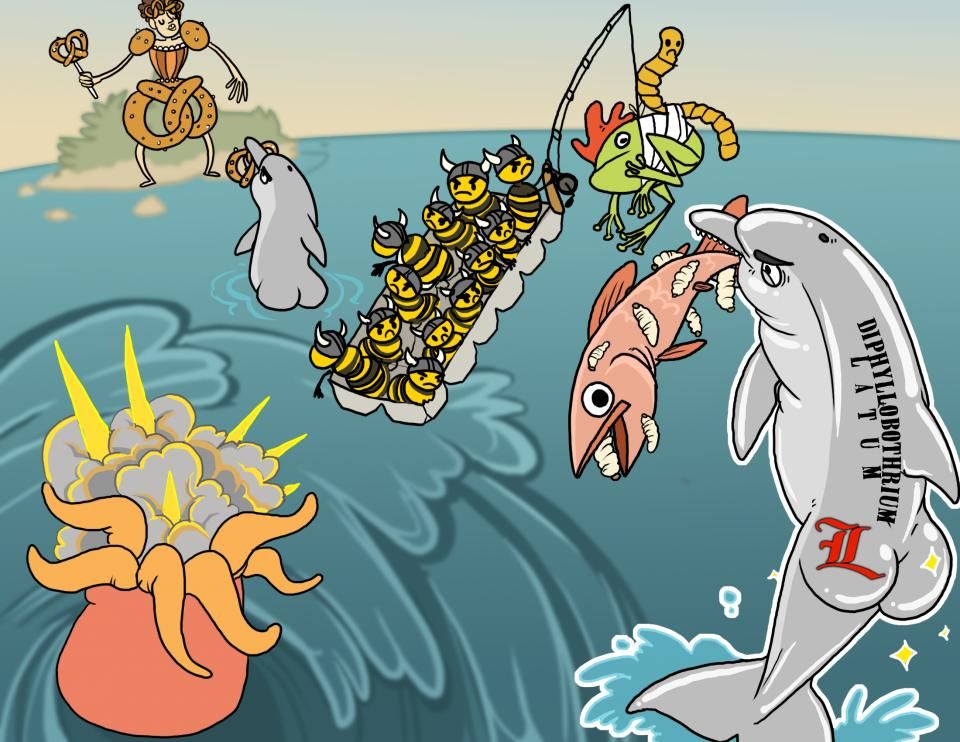 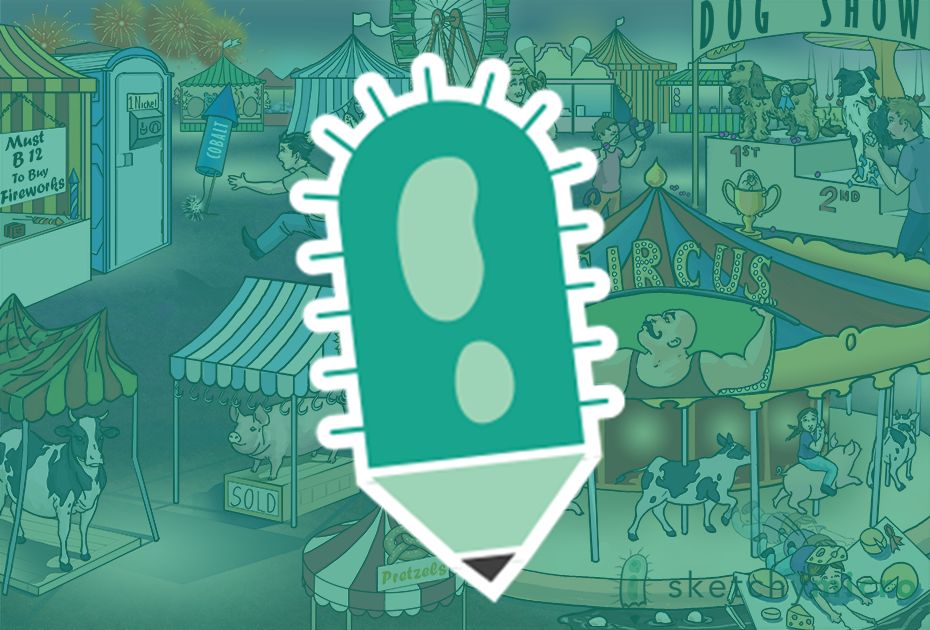