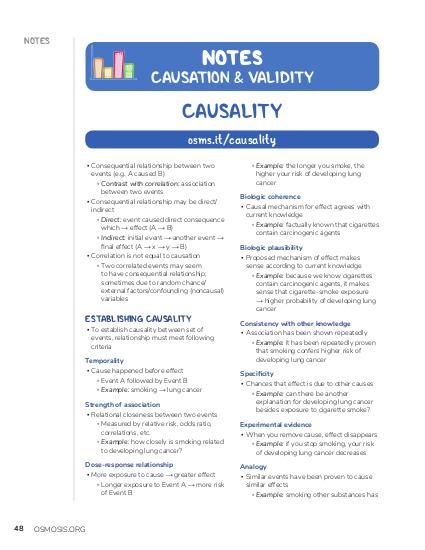 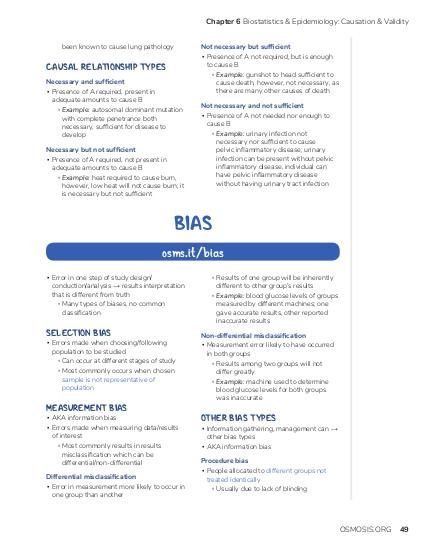 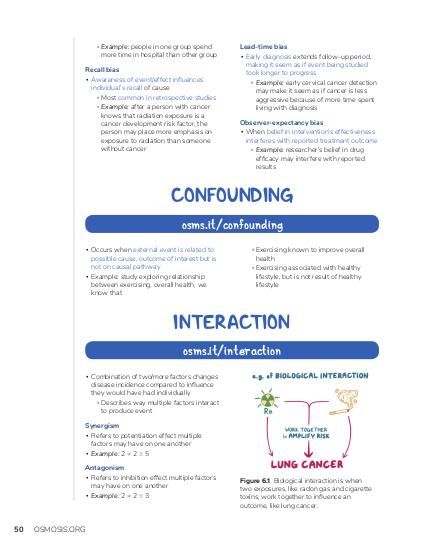 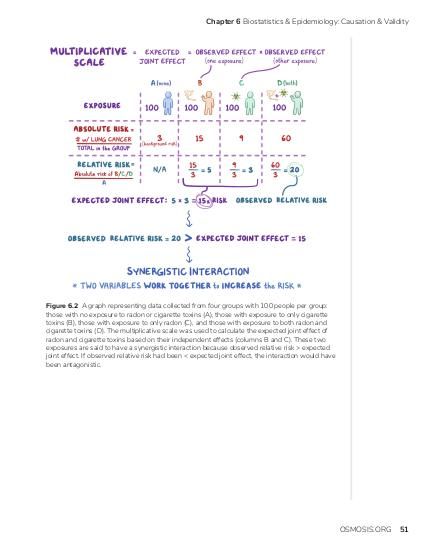 One of the main goals of epidemiology is to identify causal relationships between outcomes - like death, diseases, or injuries - and exposures - like smoking cigarettes, eating junk food, or drinking alcohol.

In the mid- 1950’s, an epidemiologist named Sir Austin Bradford Hill came up with nine guidelines for determining whether or not two things are causally related, and these are called the Bradford Hill Criteria.

For example, for people who smoke, the relative risk of lung cancer is around 25, meaning people that smoke have 25 times the risk of developing lung cancer compared to people that don’t smoke.

So, smoking is much more likely to cause lung cancer than it is to cause breast cancer.

The second criterion states that causal relationships are dose- dependent, meaning a person who has higher amounts of exposure will also have a higher risk of developing the outcome.

On the other hand, if a person decreases or stops their exposure, their risk of the outcome also decreases.

For example, in people who stop smoking, the risk of dying from lung cancer decreases by half.

In a causal relationship, the exposure has to precede or come before the outcome, and this is called temporality, which is the third criterion.

For example, typically people are more likely to develop lung cancer after they have smoked, so smoking comes before lung cancer.

Oftentimes, there is a lag- time or gap between the exposure and the outcome, and the timing of this gap also has to be consistently true.

For example, it usually takes 20 years for lung cancer to develop after a person begins to smoke, since the negative effects of smoking on the body build up over time.

So, we should see around a 20- year lag- time in all studies on smoking and lung cancer.

Generally, temporality is considered the strongest evidence for causal relationships.

The fourth criterion is that causal relationships must be biologically plausible, which means the relationship can be explained by biological mechanisms.

For example, cigarettes contain around 70 different chemicals that damage DNA, the main component of cells that controls how they grow and carry out different tasks.

Sometimes when DNA gets damaged, cells can start to grow uncontrollably, which can cause cancer to develop in the form of tumors.

Knowing the biological mechanism helps to eliminate possible confounders, or external factors that can distort the relationship between the exposure and the outcome.

The fifth criterion is that causal relationships should be coherent, meaning any new piece of biological evidence that’s discovered should fit into one step of the biological mechanism.

For example, new technology has allowed researchers to look at the specific genetic changes that happen when the DNA is damaged, which solidifies that step in the pathway from smoking to lung cancer.

Specifically, a causal relationship between an exposure and an outcome is supported when there is existing evidence that a similar exposure causes a similar outcome.

For example, smoking causes genetic changes that can induce the growth of cancerous tumors in the larynx, pharynx, and mouth.

Knowing this, we can predict that smoking will have an analogous effect on the lungs.

The seventh criterion states that causal relationships need to be supported by results from randomized controlled trials or RCTs.

In randomized controlled trials, the researcher randomly assign two groups of people - one to be exposed and one to not be exposed.