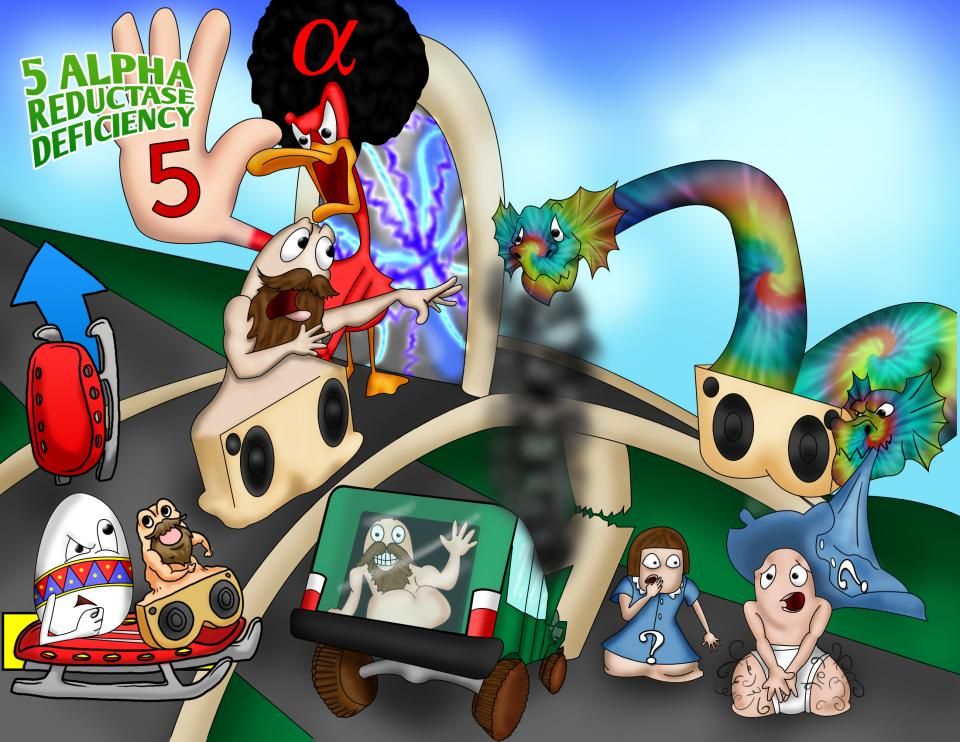 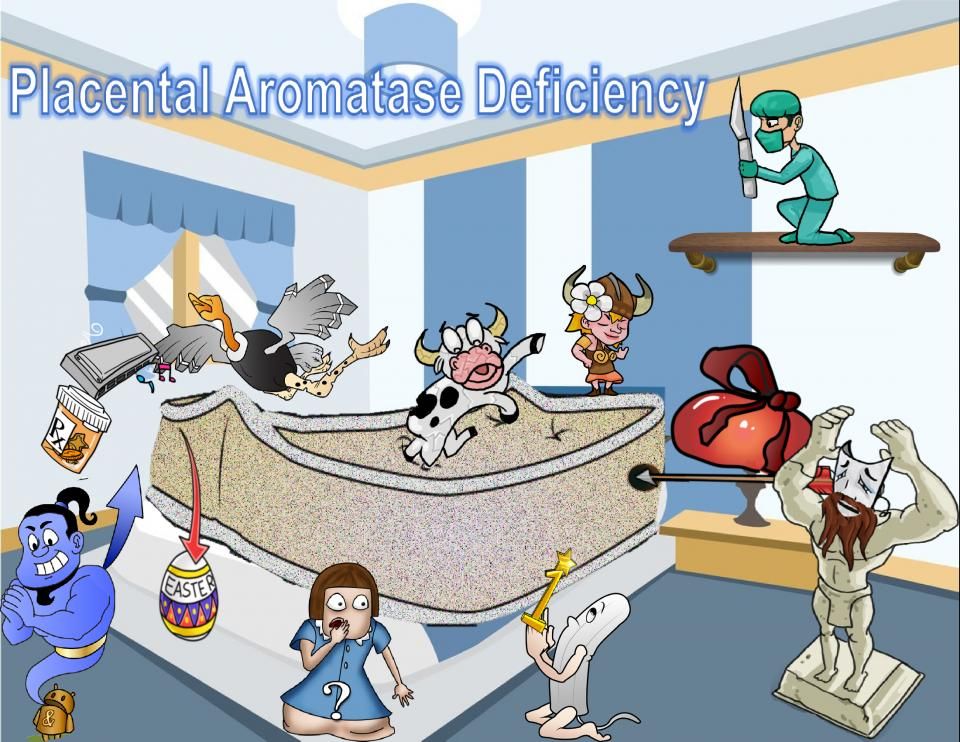 Okay, normally, during the first trimester of fetal life, the gonadal sex develops either into testes or ovaries. In males, a gene on the Y chromosome called the sex-determining region Y or SRY gene, helps the fetal gonads turn into testes, which are initially located in the abdomen. In turn, the testes start producing androgens, the main one being testosterone. A small fraction of testosterone gets converted by the enzyme 5α-reductase into its more potent form, called dihydrotestosterone or DHT, which is mostly responsible for development of male external genitalia. And that’s a high yield fact! Internally, there’s a set of ducts, c