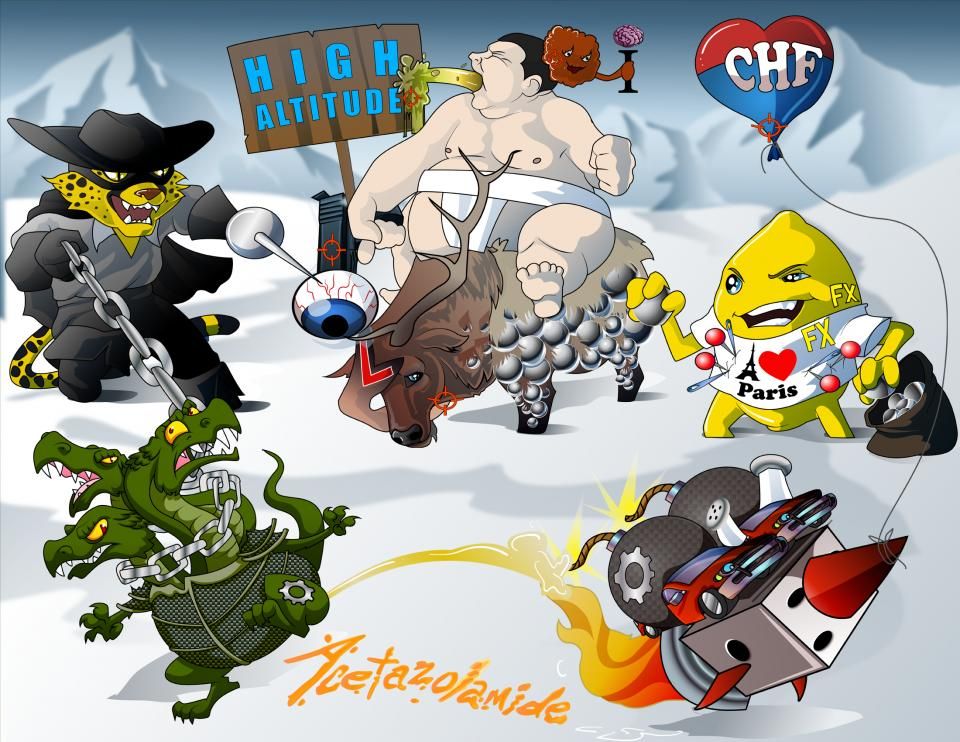 Diuretics, also called water pills, are medications that act on the kidneys to increase diuresis, or the production of urine, to help excrete more water from the body.

Diuretics act on the kidneys’ basic unit, the nephron, to induce salt and water excretion. Zooming into the nephron, it’s made up of a glomerulus, which filters the blood.

In this video, we’re going to cover two of the main classes of diuretics, osmotic diuretics and the carbonic anhydrase inhibitors.

Okay, the main osmotic diuretic is mannitol, which is a sugar alcohol that can be administered intravenously. After administration, mannitol travels through the bloodstream and attracts water out of the cells it encounters along the way.

Eventually, mannitol and the extra water reach the kidneys and get secreted by the glomerulus into the renal tubule.

Osmotic diuretics are primarily used to lower intraocular pressure in glaucoma, or to lower intracranial pressure, such as following head trauma or neurosurgery.

Now, an important side effect is that mannitol also pulls water from cells into the extracellular space, which could worsen edematous conditions like heart failure and pulmonary edema.

In addition, as more water gets pulled into the blood vessels, the concentration of sodium will go down, causing dilutional hyponatremia.

This is especially likely to happen in clients with renal impairment, since they can’t excrete the mannitol, and in heart failure, where the heart can’t handle the increased blood volume.

Other side effects of mannitol are dehydration, hypotension, confusion, headache, nausea and vomiting, which occur due to the rapid fluid shift.

Because of these side effects, mannitol is contraindicated in clients with severe hypovolemia, severe renal impairment and anuria; and should be used with caution in clients with edematous conditions, such as heart failure and pulmonary edema.

Now, as the name suggests, these diuretics inhibit the enzyme carbonic anhydrase, which is found at the apical surface of the tubular cells, facing the tubular lumen.

Long story short, this enzyme catalyzes a reaction where bicarbonate is produced and reabsorbed into the tubular cells. Then, a sodium bicarbonate cotransporter snatches up the bicarbonate and a nearby sodium, and shuttles both into the blood, decreasing their excretion in the urine.

Carbonic anhydrase also increases hydrogen secretion into the tubules to ultimately be excreted. Moreover, this enzyme is also present in the eyes, where it stimulates aqueous humor production.

OK, so once administered, carbonic anhydrase inhibitors bind to the carbonic anhydrase enzymes and inhibit them. Now, acetazolamide acts in the kidneys, where it causes more bicarbonate and sodium to get excreted in the urine, along with water that follows sodium.

However, their diuretic effect is pretty weak, so they are only used as adjunct to other diuretics, or to treat edematous states like pulmonary edema or ascites when there’s also alkalosis, where they will help excrete bicarbonate from the blood to decrease its alkalinity.

The use of carbonic anhydrase inhibitors in these clients raises the pH of the urine, which makes it less favorable for the precipitation of cystine and uric acid crystals, therefore preventing the formation of kidney stones.

Now, on the other hand, brinzolamide and dorzolamide act on carbonic anhydrase enzymes in the eyes. This results in a decreased production of the aqueous humor, which helps lower the intraocular pressure in open-angle glaucoma.

This can manifest as neurological side effects like headache, seizures, mental status changes, and paraesthesia. Carbonic anhydrase inhibitors can also cause gastrointestinal side effects, such as altered sense of taste, mostly a bitter or rancid taste, as well as nausea, vomiting, and diarrhea.

Finally, acetazolamide can cause more serious side effects like hepatic necrosis, agranulocytosis, or low blood levels of granulocytes, as well as aplastic anemia, where the bone marrow stops producing all blood cells, leading to pancytopenia.