A 64-year-old woman comes to the emergency department because of cramping left lower quadrant abdominal pain for the past day. She has a past medical history of chronic constipation for which she takes polyethylene glycol. She says that her most recent bowel movement contained a small amount of blood. Her temperature is 38.2°C (100.8°F), pulse is 88/min, respirations are 18/min, and blood pressure is 155/80 mm Hg. Physical examination shows point tenderness at the left lower quadrant with localized guarding. What is the most likely cause of her symptoms? 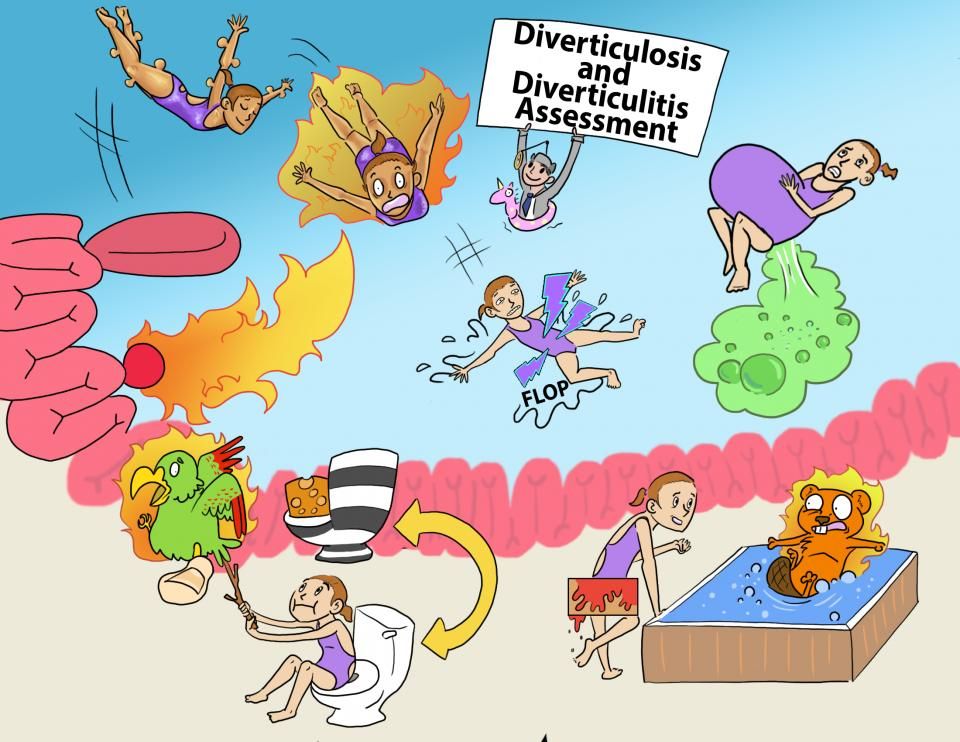 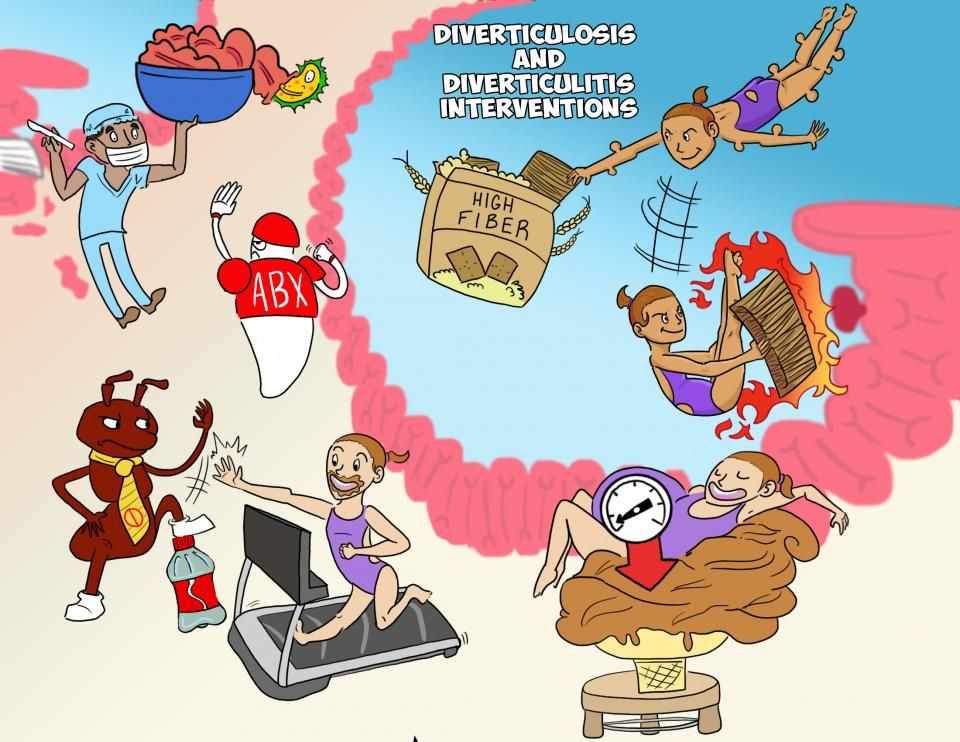