Plans
Library
Resources
For institutions
Sign in
Try it Free
Try it FreeLog inSchool Sign inPlans
Medicine (MD)Medicine (DO)Physician Assistant (PA)Nurse Practitioner (NP)Registered Nursing (RN)DentistryPharmacyOther Healthcare Professional
Libraries
Medicine (MD)Medicine (DO)Physician Assistant (PA)Nurse Practitioner (NP)Registered Nursing (RN)DentistryPharmacyOther Healthcare Professional
Resources
EventsBlogGreeting CardsTestimonialsOsmosis Around the World
Summary of Ebola virus
Ebola virus disease is a viral hemorrhagic fever of humans and other primates caused by ebolaviruses. Ebolavirus is a filovirus that is an enveloped, single stranded, negative sense, linear RNA virus with helical capsid structure. Signs and symptoms typically start between two days and three weeks after contracting the virus with a fever, sore throat, muscular pain, and headaches. Then, vomiting, diarrhea and rash usually follow, along with decreased function of the liver and kidneys. At this time some people begin to bleed both internally and externally. Ebola can progress to disseminated intravascular coagulation, diffuse hemorrhage, and shock. The disease has a high risk of death, killing between 25 and 90 percent of those infected, with an average of about 50 percent. This is often due to low blood pressure from fluid loss, and typically follows six to sixteen days after symptoms appear. 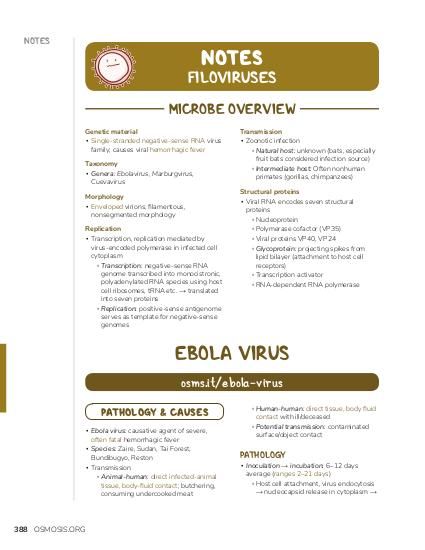 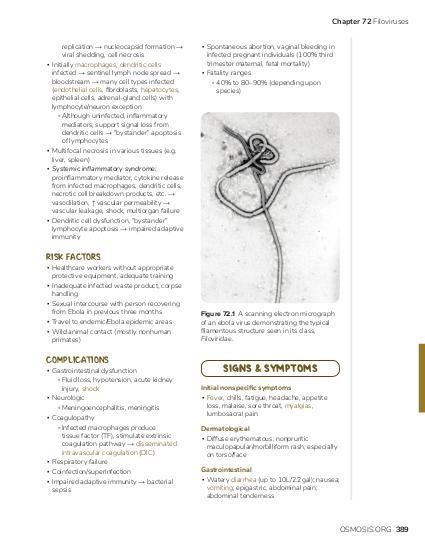 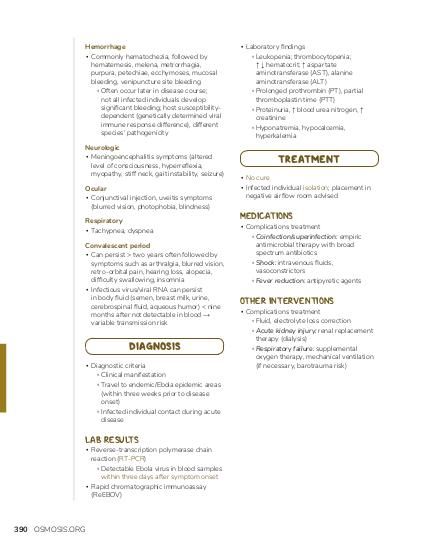 A 26-year-old man comes to the emergency department because of flu-like symptoms and unexplained bleeding for the past day. He recently returned from a mission trip to Sudan where he slept outdoors in a hammock each night. He thinks he may have been bitten by a bat. His temperature is 39.5°C (103.1°F), pulse is 102/min, respirations are 24/min, and blood pressure is 88/56 mm Hg. Physical examination shows diffuse bruising, severe conjunctival injection, and bright red blood within the nares bilaterally. Laboratory studies show a reduced platelet count, and prolonged prothrombin and activated partial thromboplastin times. Tissue culture shows an enveloped, single-stranded, negative-sense, linear RNA virus with a helical capsid. Which of the following viral families is the most likely cause of this condition a member of? 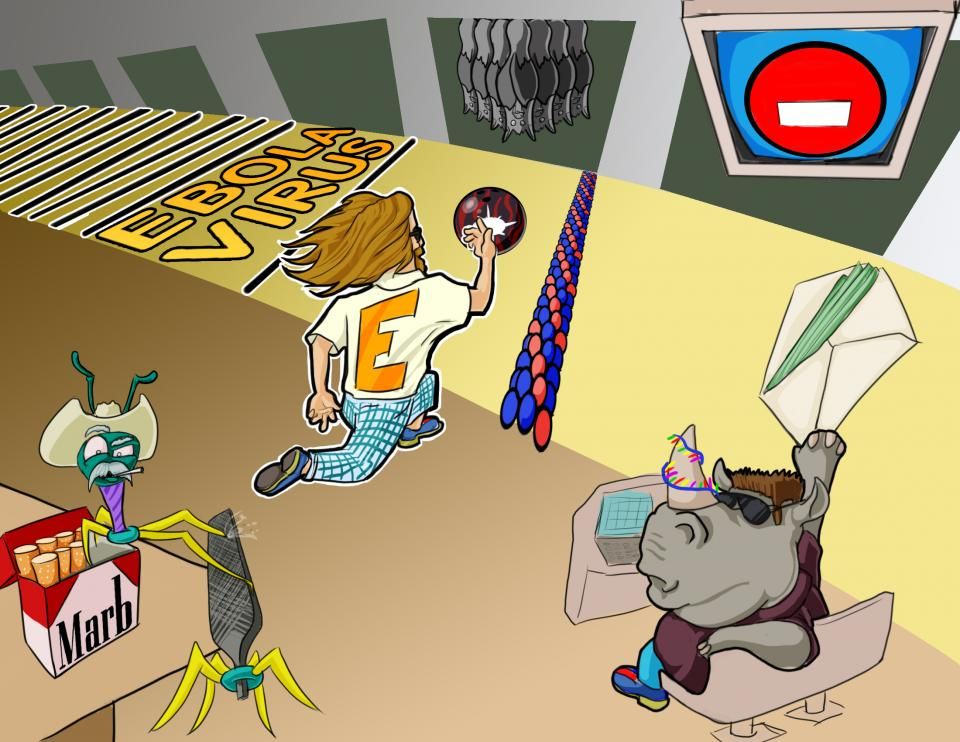 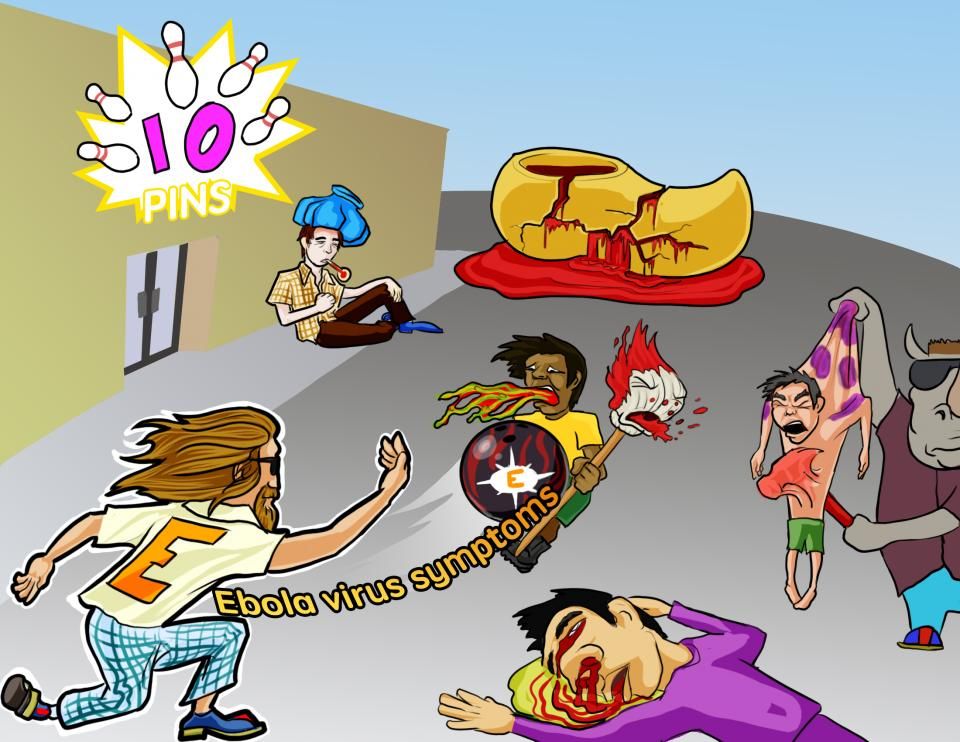 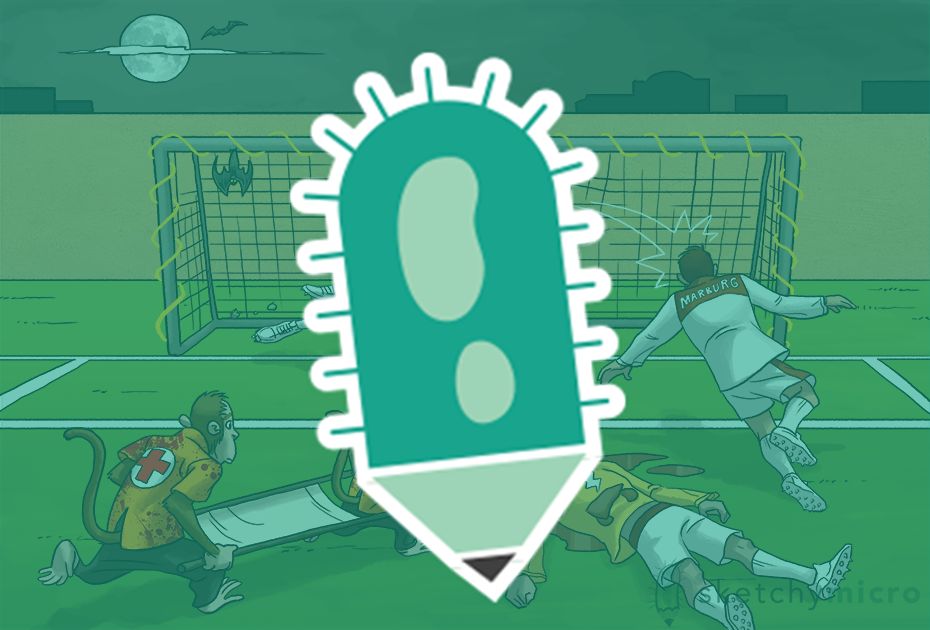