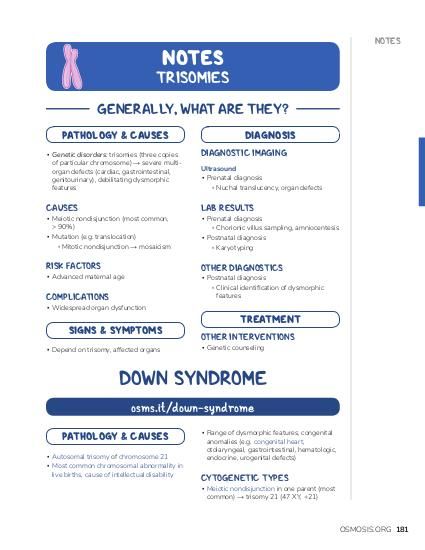 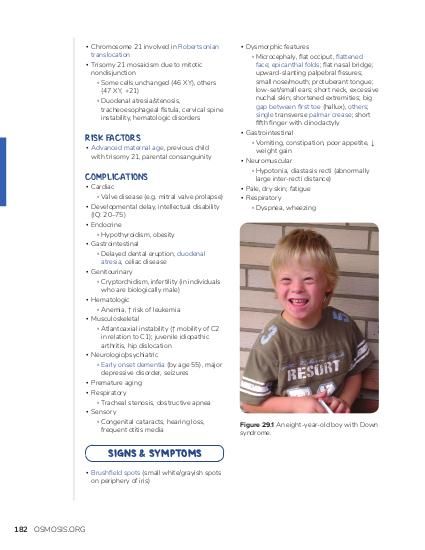 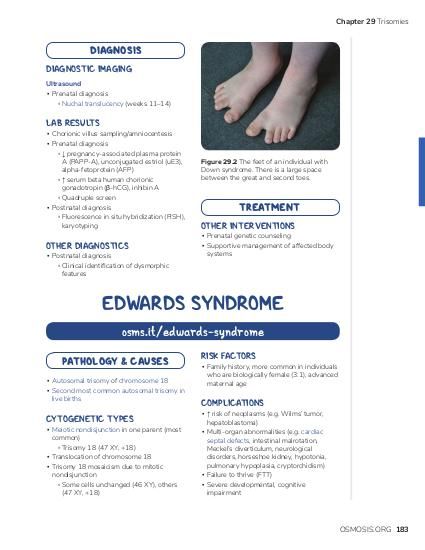 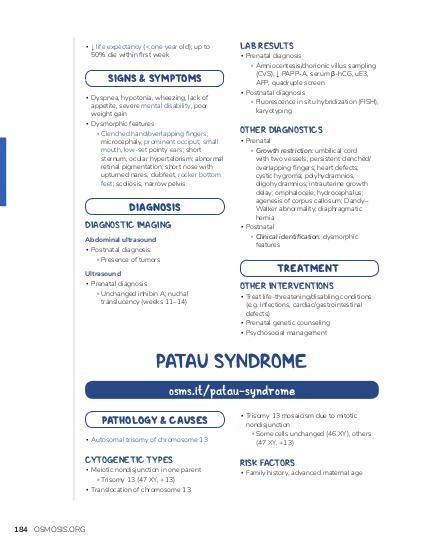 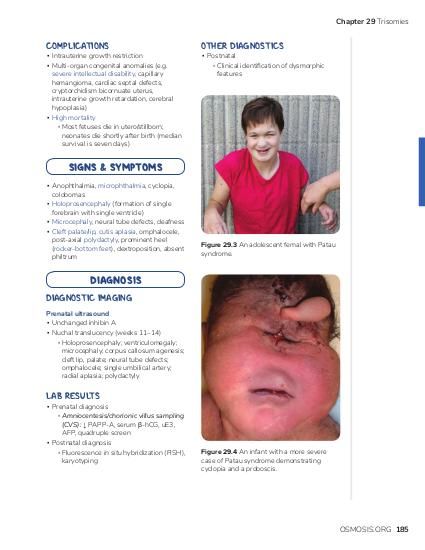 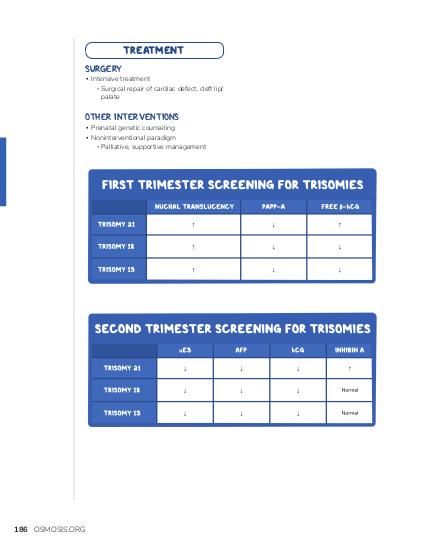 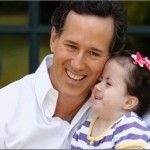 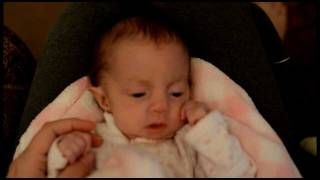 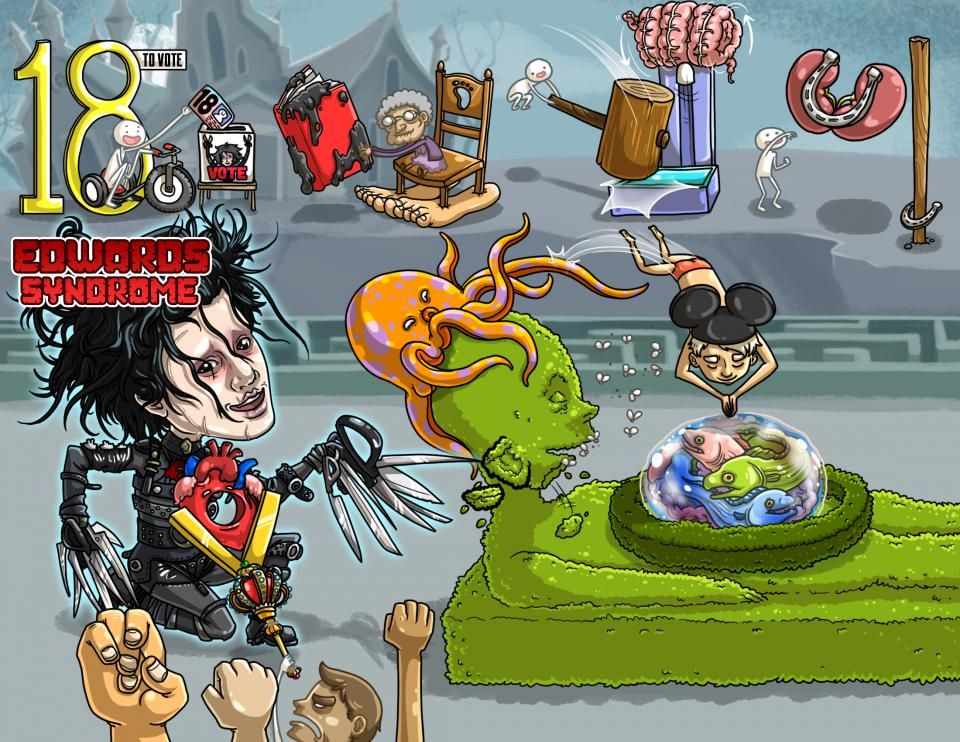 All right, our DNA is like this humongous blueprint of information on how to make a human. Usually this massive document is packaged up nicely into a storage bin called a chromosome. Usually we have 46 chromosomes that we use to neatly organize all our information, depending on how you define organize. Each of the 46 chromosomes is actually part of a pair of chromosomes, since you get one from each parent, so 23 pairs. If you wanted to make another human, first you’d have to find someone that feels the same way, and then you both contribute half of your chromosomes, so one from each pair, right? Fifty-fifty. Now, what if someone contributes one too many? Say Dad contributes 23 and Mom contributes 24, is that possible? Yes, and it’s the basis of trisomies, in other words, having three copies of a particular chromosome. Now the most common trisomy in live births is trisomy 21, or Down syndrome. But the second most common trisomy in live births is trisomy 18, or Edwards syndrome.

Alright, so in order to package up half the chromosomes into either a sperm cell or an egg cell, you actually start with a single cell that has 46 chromosomes, let’s just say we’re making an egg cell for the mother, I’m just going to show one pair of chromosomes, but remember that all 23 pairs do this. So the process of meiosis starts, which is what produces our sex cells, and the chromosomes replicate, and so now they’re sort of shaped like an ‘X’—even though there are two copies of DNA here, we still say it’s one chromosome since they’re hooked together in the middle by this thing called a centromere. OK then the cell splits in two, and pulls apart the paired chromosomes, so in each of these cells you’ve now got 23 chromosomes. Now the two copies of the chromosome get pulled apart, and the cells split again, which means four cells, each still with 23 chromosomes. Now these are ready to pair up with a sperm cell from dad that has 23 chromosomes as well, totaling to 46 chromosomes, and voila–nine months down the road you’ve got yourself a baby.

All right, let’s say that these cells replicate and split into one with both normal chromosomes, and one with a chromosome with only long arms and one with only short arms, in which case after splitting again you’d have two normal cells and two cells with a big guy, since we lost the little guy along the way. So now contribute the other parent’s DNA, and you’ve got two normal cases, and then these two cases are “balanced carriers”, and we say they’re balanced because they’ve got both long arms, and so most of the genes are still here. So balanced carriers usually don’t have any symptoms. OK now let’s say the normal chromosome 14 ends up with the short, and normal chromosome 18 with the long. Now you get two cells with the normal and long-arm, and two cells with the normal and short arm, which remember is usually lost. So these ones have one extra chromosome 18, since the long arms carry most of the genetic material for both chromosomes 14 and 18, and these ones are missing chromosomes. Now combine these with the other parent’s again, and you have trisomy 18 here, and monosomy 18 here, since it’s missing a chromosome 18. If this process was switched such that chromosome 14 ended up with the long chromosome first, then you’d ultimately end up with trisomy 14 and monosomy 14. So out of the 12 possibilities, two end up being trisomy 18, and they will have all the symptoms.

Finally, about 1% of patients are mosaic, meaning their cells are mixed, and some have 46 chromosomes and some have 47. So after conception you’ve got this one cell, called the zygote, that needs to develop into a human and so it has to divide, over and over again, producing every kind of cell in the body. Each of these divisions is called mitosis. Nondisjunction of chromosome 18 can also happen during mitosis, in which case you’d end up with one cell that has an extra chromosome 18, and one without, so one with 47 total chromosomes and one with 45. The cell with 45 chromosomes isn’t able to survive, but the one with 47 does survive, and continues to replicate and produce more cells with 47 chromosomes. Mosaic patients usually have less severe symptoms when compared to patients who have trisomy 18 in every cell in their body.

Summary
Edwards syndrome (also known as trisomy 18, is a chromosomal abnormality caused by the presence of all, or part of, an extra 18th chromosome. This genetic condition almost always results from nondisjunction during meiosis. After Down syndrome, Edwards syndrome is the second-most common autosomal trisomy that carries to term. The syndrome has a low rate of survival beyond the first year of life, and is associated with heart abnormalities, kidney malformations, and other internal organ disorders.
Feedback