A 30-year-old woman comes to the office because of dyspnea and cough for 7 months. She says that she has not had any fevers, and only minimal cough. Abdominal examination shows an enlarged liver. Pulmonary examination shows prolonged expiration through pursed lips and an increased anterior-posterior diameter of the chest. Laboratory investigations show an elevated alpha fetoprotein (AFP) level. A CT-scan of the lungs is obtained, and the radiology report diagnoses panacinar emphysema. Which of the following is the most likely underlying cause? 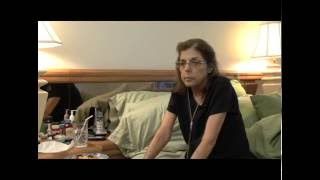 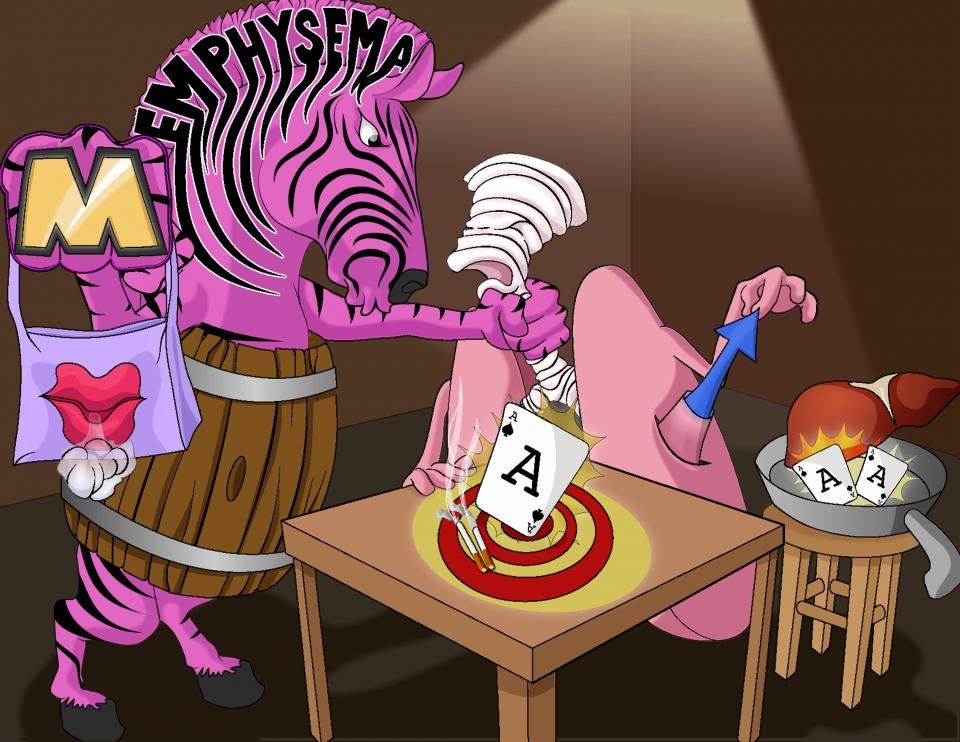 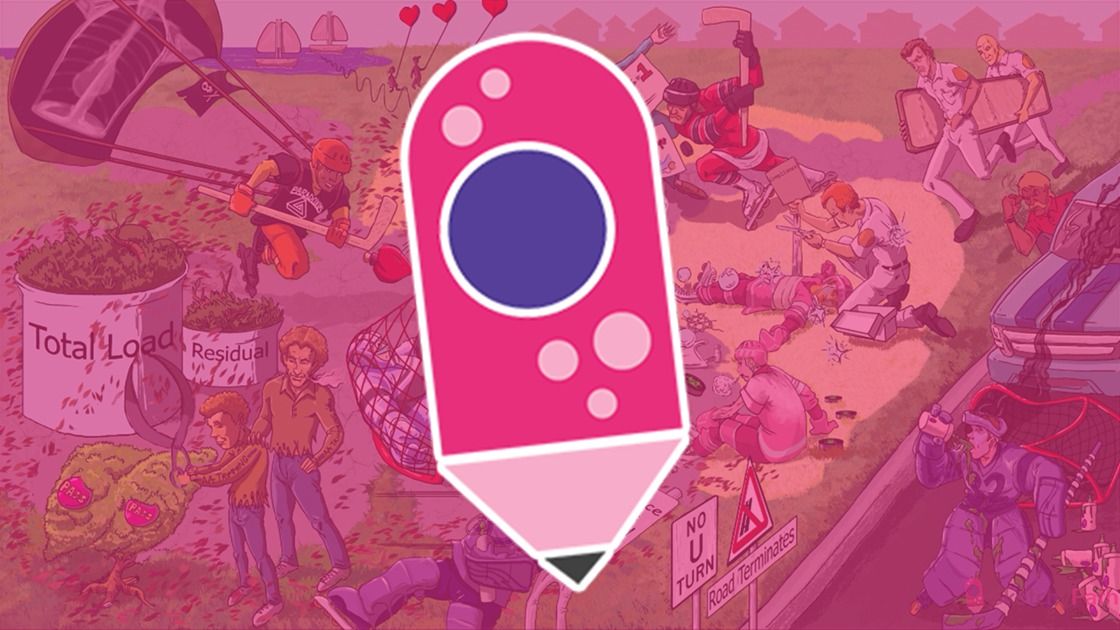 Emphysema means “inflate or swell”, which makes sense because in the lungs of people with emphysema, the alveolar air sacs, which are the thin walled air spaces at the ends of the airways where oxygen and carbon dioxide are exchanged, become damaged or destroyed.

The alveoli permanently enlarge and lose elasticity, and as a result, individuals with emphysema typically have difficulty with exhaling, which depends heavily on the ability of lungs to recoil like elastic bands.

Emphysema’s actually lumped under the umbrella of chronic obstructive pulmonary disease (or COPD), along with chronic bronchitis.

The two differ in that chronic bronchitis is defined by clinical features, like the productive cough, whereas emphysema is defined by structural changes, mainly enlargement of the air spaces.

That being said, they almost always coexist, probably because they share the same major cause—smoking.

With COPD, the airways become obstructed, the lungs don’t empty properly, and that leaves air trapped inside the lungs.

Alright, so emphysema is a form of COPD, that’s based on structural changes in the lung, specifically a destruction of the alveoli.

Normally, though oxygen flows out of the alveoli and into the blood while carbon dioxide makes the reverse commute, but when the lung tissue is exposed to irritants like cigarette smoke, it triggers an inflammatory reaction that upsets the delicate alveolar walls and affects the flow of gases.

Inflammatory reactions attract various immune cells which release inflammatory chemicals like leukotriene B4, IL-8, and TNF alpha, as well as proteases, like elastases and collagenases.

These proteases break down key structural proteins in the connective tissue layer like collagen, as well as elastin, which is a protein that gives the tissue elasticity, and this leads to the problems seen in emphysema.

In healthy lungs, during exhalation, air whizzes through the airways with high velocity, creating a low pressure environment in the airway.

This is due to the Bernoulli principle, where, as a fluid—which includes air—moves at higher velocity, it must have lower pressure. Now this lower pressure tends to pull the tiny airway inward.

Strong healthy airway walls full of elastin can withstand that pressure and don’t collapse; they hold the airway open and allow air to fully escape during exhalation.

With emphysema though, that elastin’s lost, which makes the airway walls weak and allow that low pressure system to pull the walls inward and collapse during exhalation.

This ultimately leads to air-trapping because the collapsed airway traps a tiny bit of air distal to the point of collapse.

Also, this loss of elastin makes the lungs more compliant, meaning that when air blows into them, they easily expand and then hold onto that air instead of expelling it during exhalation, and so the lungs start to look like large thin plastic bags.

The loss of elastin also leads to a breakdown of the thin alveolar walls called septa.

Without these walls, neighboring alveoli coalesce into larger and larger air spaces, which means the surface area available for gas exchange is reduced (relative to the expanding volume), which affects oxygen and carbon dioxide levels.

This process all happens in the acinus, which is the endings of the lung airways where those clusters of alveoli are located.