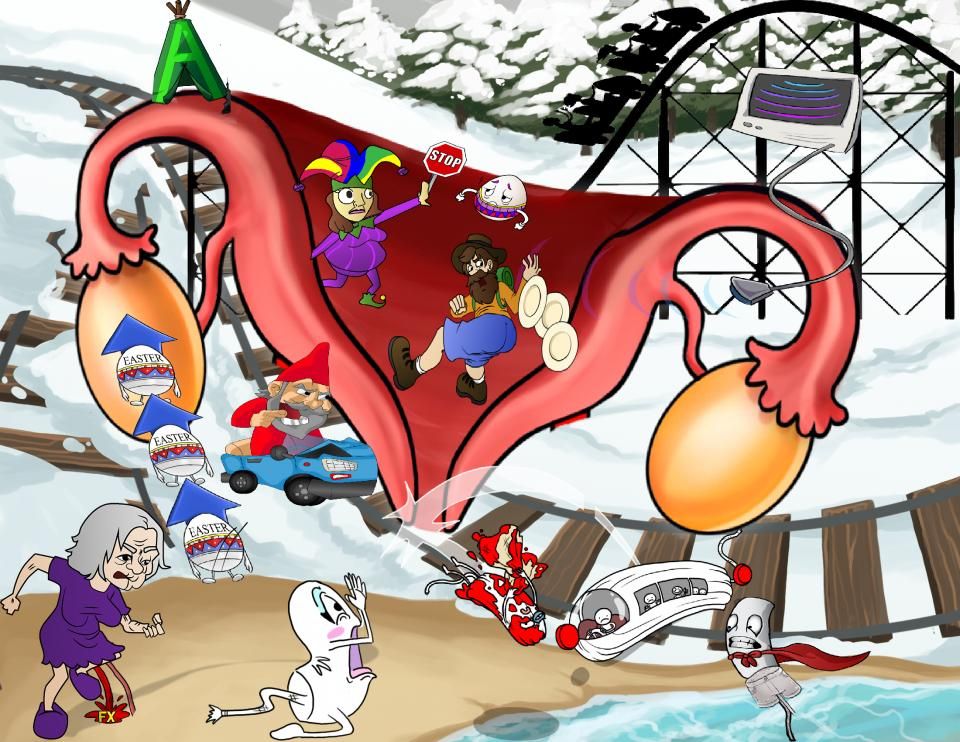 Now, the growth of the functional layer is regulated by the hormones secreted by the ovaries. Each ovary is made up of a number of ovarian follicles.

Now estrogen stimulates the growth of endometrial glands and stroma.

This effect of estrogen predominates during the first phase of the menstrual cycle.

This is also called the proliferative phase because it’s when the lining of the endometrium grows.

At the end of this phase, ovulation occurs, where one ovarian follicle expels the oocyte into the fallopian tube and it travels to the uterus.

During the second phase of the menstrual cycle, also called the secretory phase, the remaining structure of the follicle, now called the luteal body, begins to secrete progesterone.

Progesterone counteracts the effect of estrogen on the endometrium by stopping its growth.

At the same time, it causes the glands to produce secretions that acts as nutrients for any developing embryo.

Endometrial hyperplasia most often results when the endometrium is exposed to high levels of estrogen for a prolonged time.

This leads to excessive growth of endometrial glands relative to stroma; meaning a high gland-to-stroma ratio.

This is also accompanied by low levels of progesterone, which normally has an opposing effect to estrogen.

The excess of this hormone can be caused by a variety of conditions such as obesity, where the extra adipose tissue converts androgens to estrogen.

It could also be caused by estrogen-secreting tumors, such as granulosa cell tumors of the ovaries.

In this condition, the ovary is full of cystic follicles all of which secrete estrogen.

So this disease will cause both high estrogen and low progesterone and both increases the risk of developing endometrial hyperplasia.

Now, a person could have normal estrogen production throughout their life, but the number of years the endometrium is exposed to estrogen is also a factor for developing endometrial hyperplasia.

This is because these people have experienced a greater number of menstrual cycles, where more follicles have grown, and more estrogen was secreted by these follicles.

The same goes for females who have never given birth, also called nulliparous, who are at a higher risk than those who have been pregnant. This is because follicular growth and their estrogen secretion is inhibited during pregnancy. Thus people who have been pregnant will have fewer menstrual cycles in their lifetime compared to someone who hasn’t

Also, we have drugs that can cause endometrial hyperplasia, such as estrogen-only hormone replacement therapy, usually taken by postmenopausal females to relieve menopause symptoms, such as hot flashes and vaginal dryness.