A 50-year-old man presents to the emergency department after an episode of hematemesis, which occurred while he was at home eating dinner. Past medical history is noncontributory. After further evaluation, the patient undergoes an urgent upper gastrointestinal tract endoscopy. Benzocaine is used for topical anesthesia. Midazolam and fentanyl are administered for sedation. During the procedure, the patient’s oxygen saturation declines to 86% on ambient air, which fails to improve with the administration of supplemental oxygen. Physical examination shows bluish discoloration of lips and fingertips. The lungs are clear to auscultation bilaterally. The cardiac examination is unremarkable. The laboratory testing is shown below. Which of the following is the most likely cause of this patient’s symptoms? 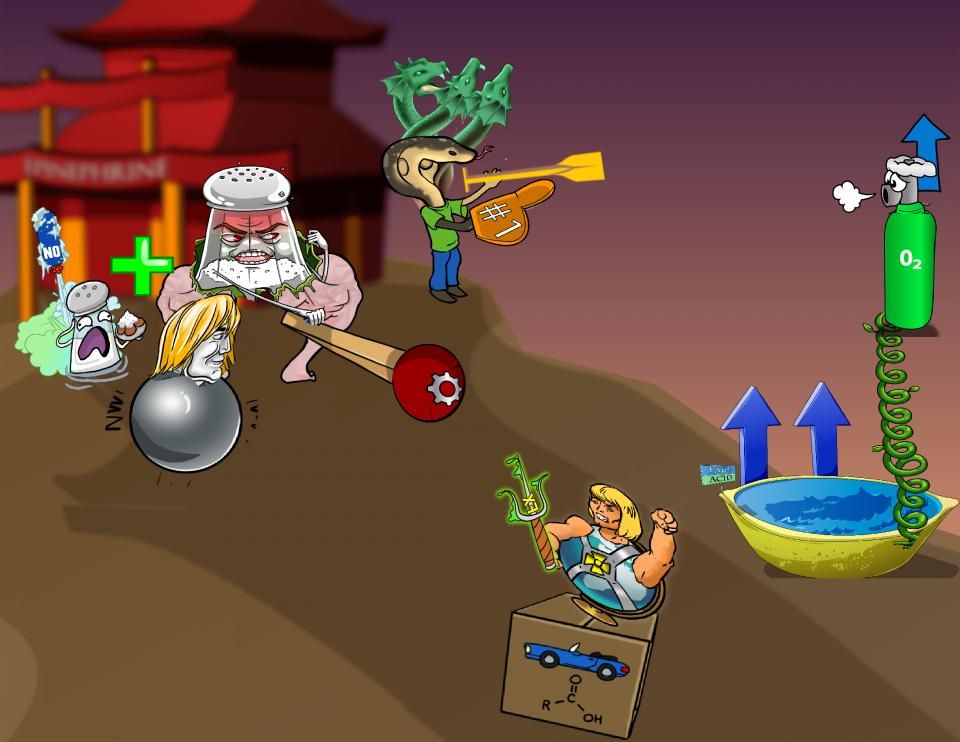 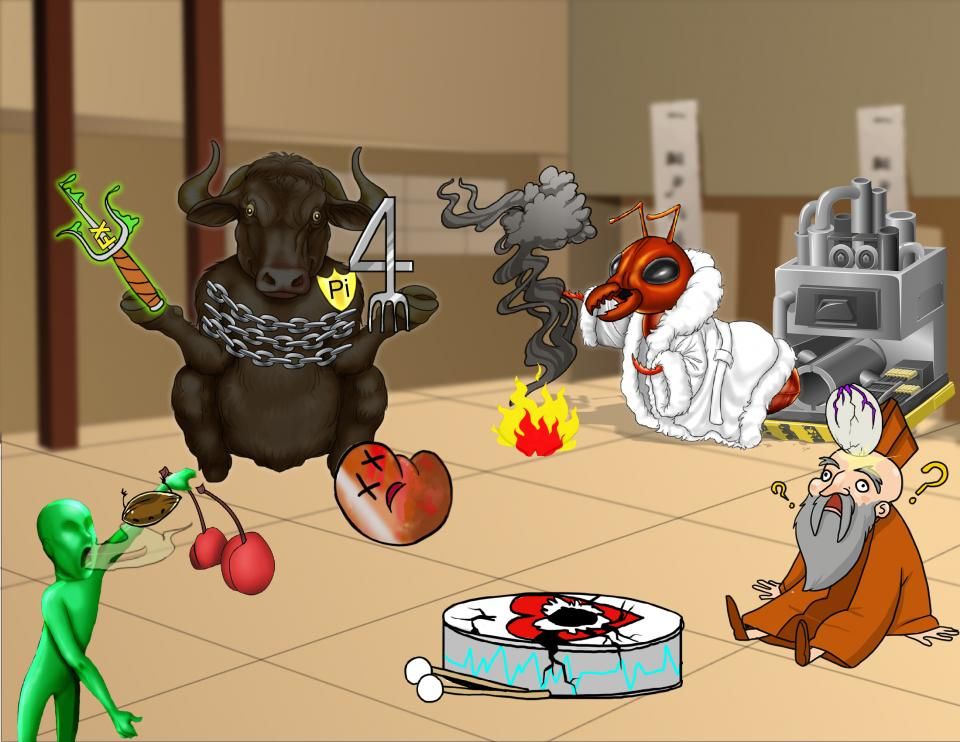 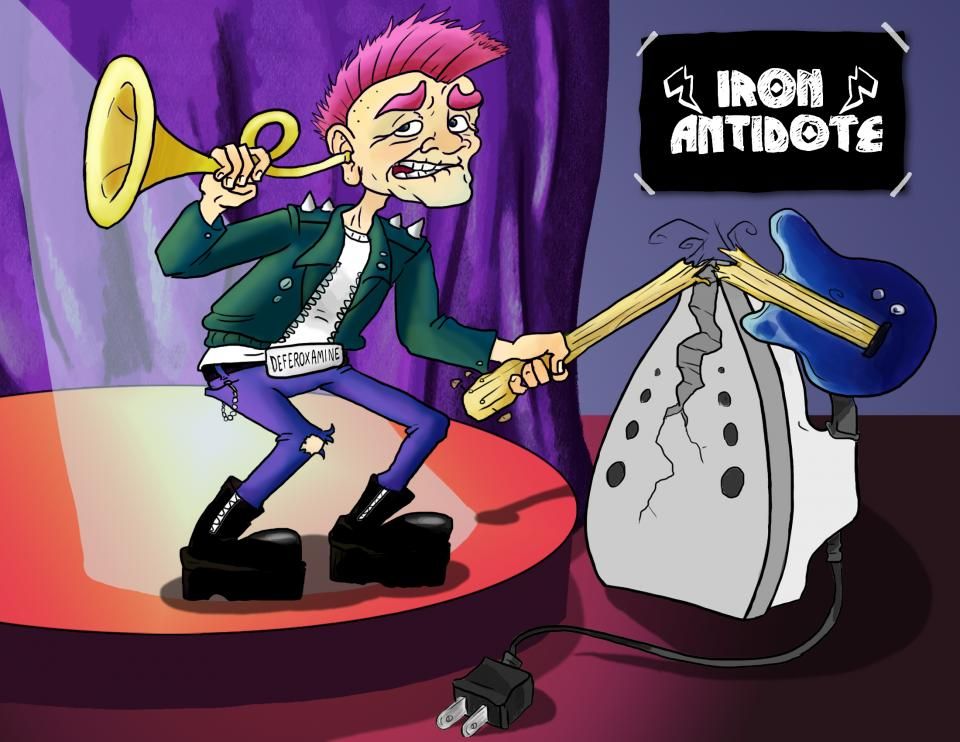 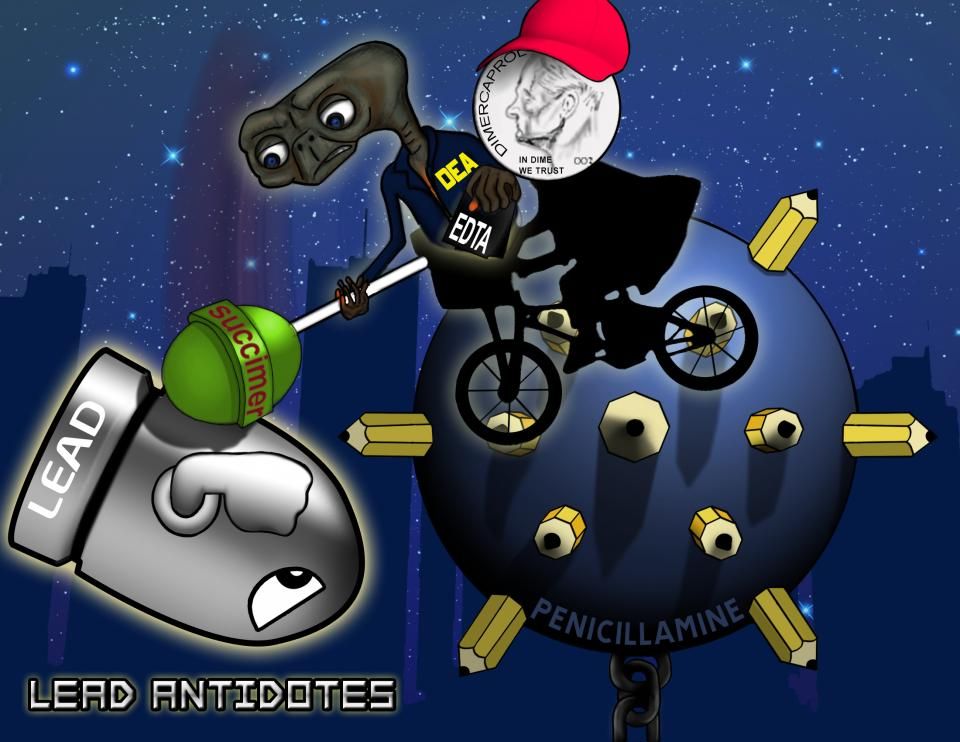 Kristen is a 47 year old female who showed up at the ER due to vomiting and diarrhea. Kristen works as a farmer, and tells you that her symptoms started right after she sprayed her crops with insecticides using her bare hands. On clinical examination, her pupils appear constricted. And a few minutes later, Kristen has a seizure.

Next comes Federico, a 9 year old boy who is brought to the ER by his parents after accidentally consuming a bottle of insecticide. His parents mention that he complained of stomach ache, and had repeated episodes of vomiting and diarrhea. Upon clinical examination, you first notice that Federico's breath has a characteristic garlic-like odor.

Lastly, you see Richard and Lucy, a 60 year old couple that arrived at the ER, both complaining of a dull headache and nausea. They seem confused, but they mention that their symptoms started more or less at the same time, while they were both relaxing next to the fireplace. Upon clinical examination, you realize that their skin looks cherry red, so you decide to run a blood test, which reveals high carboxyhemoglobin levels.

Based on their history and presentation, all cases seem to have some form of environmental and chemical toxicity. Toxicity refers to the extent of poisoning or damage to the body due to exposure to a toxic substance. For your exams, the most high yield toxic substances include acetylcholinesterase inhibitors; methanol and ethylene glycol; heavy metals, including arsenic, iron, lead, and mercury; cyanide and carbon monoxide; as well as methemoglobin, which is an endogenous substance that can become toxic at high levels.

For your exams, the main acetylcholinesterase inhibitors are organophosphates, such as parathion. These are found in certain insecticides, and can be absorbed through the skin, respiratory or gastrointestinal tract. In a test question, think of acetylcholinesterase inhibitors or organophosphate poisoning if they describe a farmer or an agricultural worker that had an accidental cutaneous exposure, inhalation, or ingestion of excessive amounts of insecticides.

Clinical manifestations of acetylcholinesterase inhibitor poisoning include muscarinic symptoms, which can be easily remembered using the mnemonic DUMBBELSS, that stands for diarrhea, urination, miosis, bronchospasm, bradycardia, emesis, lacrimation, sweating, and salivation. Individuals can also present nicotinic symptoms, such as weakness, paralysis, and fasciculations, which are spontaneous involuntary muscle contractions. Additionally, organophosphates can cross the blood brain barrier and cause CNS symptoms, such as lethargy, seizures, respiratory depression, and coma.

Next up, there’s methanol, which is most commonly found in windshield washer fluid, and poisoning typically occurs via ingestion. Now, methanol is metabolized by the enzyme alcohol dehydrogenase in the liver into formaldehyde and formic acid, which are toxic and can cause serious damage to the eyes, leading to loss of visual acuity or even blindness. So, on eye examination, there’s usually mydriasis or dilated pupils, as well as optic disc hyperemia or swelling. Methanol poisoning can also cause CNS depression, leading to confusion, stupor, and even coma. Other common findings include bradycardia or low heart rate, bradypnea or slow breathing, hypotension or low blood pressure, and hyporeflexia or decreased reflexes.

Now, it’s very important that you remember that a very similar presentation occurs with ethylene glycol ingestion, which is found in automobile antifreeze, engine coolants, and brake fluids. Also ethylene glycol is metabolized by the enzyme alcohol dehydrogenase in the liver, but into glycolic acid, which is toxic to the renal tubules, and oxalic acid, which can precipitate with calcium, forming calcium oxalate crystals in the renal tubules. As a result, a key difference with methanol is that ethylene glycol poisoning usually presents with symptoms of acute renal failure, such as flank pain and oliguria or decreased production of urine, which typically occur 24 to 72 hours after ingestion. Also, since calcium precipitates into crystals, blood levels of calcium may decrease, leading to tetany or involuntary muscle contractions.

In terms of laboratory findings, remember that both methanol and ethylene glycol poisoning can present with metabolic acidosis, meaning that pH levels are below 7.35, bicarbonate is below 22 mEq/L, and pCO2 levels below 35 mm Hg. And this is combined with a high anion gap, meaning that sodium minus chloride plus bicarbonate equals greater than 12 mEq/L. In addition, since both methanol and ethylene glycol are osmotically active, there’s also a high osmolal gap, meaning greater than 10 mOsm/kg, which is calculated as the measured serum osmolality minus the calculated serum osmolality.

Now, for diagnosis, to set methanol and ethylene glycol apart, you need to check their blood levels. Another high yield difference is that, with ethylene glycol poisoning, urine microscopy may show the calcium oxalate crystals, which have a characteristic folded envelope shape; and on a renal biopsy, glomeruli will appear normal, whereas epithelial cells lining the renal tubules will show signs of damage, like ballooning and vacuolar degeneration.

Moving onto treatment, the antidote for both methanol and ethylene glycol intoxication is fomepizole, which blocks alcohol dehydrogenase. If unavailable, ethanol can be used instead. In severe cases, hemodialysis can be done to quickly remove the toxic metabolites from blood.

Another high yield topic is poisoning by heavy metals, including arsenic, iron, lead, and mercury. Let’s start with arsenic, which is most commonly found in certain herbicides and insecticides, as well as contaminated water used for drinking, food preparation, and irrigation of food crops.

For your exams, remember that acute arsenic poisoning can occur if someone accidentally ingested it, and presents with gastrointestinal symptoms, such as abdominal pain, nausea, vomiting, and diarrhea. In addition, a very characteristic finding that you must know is garlic-like breath odor. Now, arsenic can also affect the CNS, causing drowsiness, confusion, and even delirium. Arsenic can also affect the heart, so another high yield manifestation is a prolonged QT interval on ECG, meaning that there’s a delay between heart beats.

On the other hand, chronic arsenic poisoning occurs due to continuous exposure to arsenic. In a clinical vignette, look for an individual who is a vineyard worker. Now, chronic arsenic poisoning can increase the risk for certain tumors, such as lung cancer, liver angiosarcoma, and squamous cell carcinoma of the skin. Another clue examiners love to give are Mees’s lines, which are white lines across the nails due to arsenic deposition over time.

The main treatment for poisoning by heavy metals like arsenic consists of chelating agents. The way these work is by trapping free metal ions and sweeping them away through feces or urine. For arsenic, the chelating agent of choice is succimer for children and dimercaprol for adults.

The next heavy metal is iron. Now, acute iron poisoning can be caused by excessive consumption of iron supplement tablets. This mainly occurs due to incidental ingestion by children, who may think it’s candy. Acute iron poisoning has a high mortality rate, and it’s clinical presentation is divided into five stages.

The main treatment for acute iron poisoning consists of chelating agents like deferoxamine or deferasirox, as well as gastric lavage to clean out the toxic substances of the stomach.

Now, chronic iron poisoning, also known as iron overload, refers to the accumulation of excess iron over time. The main causes are hereditary hemochromatosis, an autosomal recessive disease where the body absorbs too much iron from food; as well as multiple blood transfusions, mainly in individuals with hematological conditions, such as thalassemia or sickle cell disease.

The chronic accumulation of iron ultimately becomes toxic, most notably to the liver, causing cirrhosis; but also the pancreas, causing diabetes mellitus. In addition, iron can build up in the heart muscle, leading to cardiomyopathy and arrhythmias. Importantly, accumulation of iron in the pituitary glands can affect the release of sex hormones, leading to hypogonadism; this can result in amenorrhea or absence of menstruation in females, and testicular atrophy in males. And finally, if iron gets into the joints, it can cause arthropathy or degenerative joint disease.

Treatment of chronic iron poisoning can involve chelation, but also phlebotomy, in which blood is withdrawn until the iron load is sufficiently decreased, and then it’s replaced with intravenous fluids.