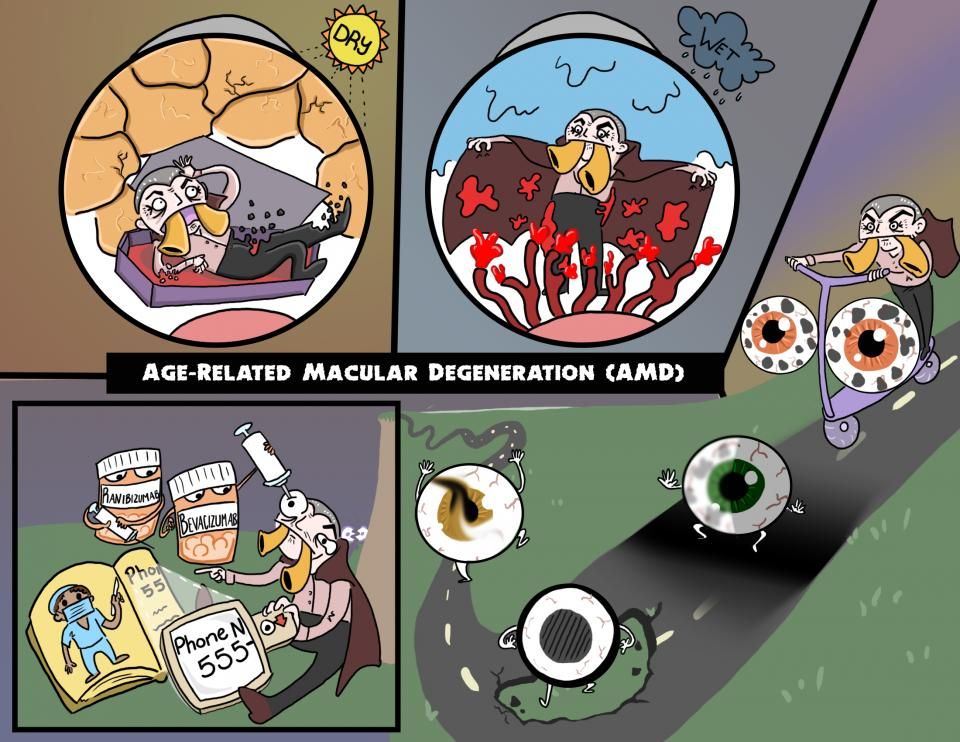 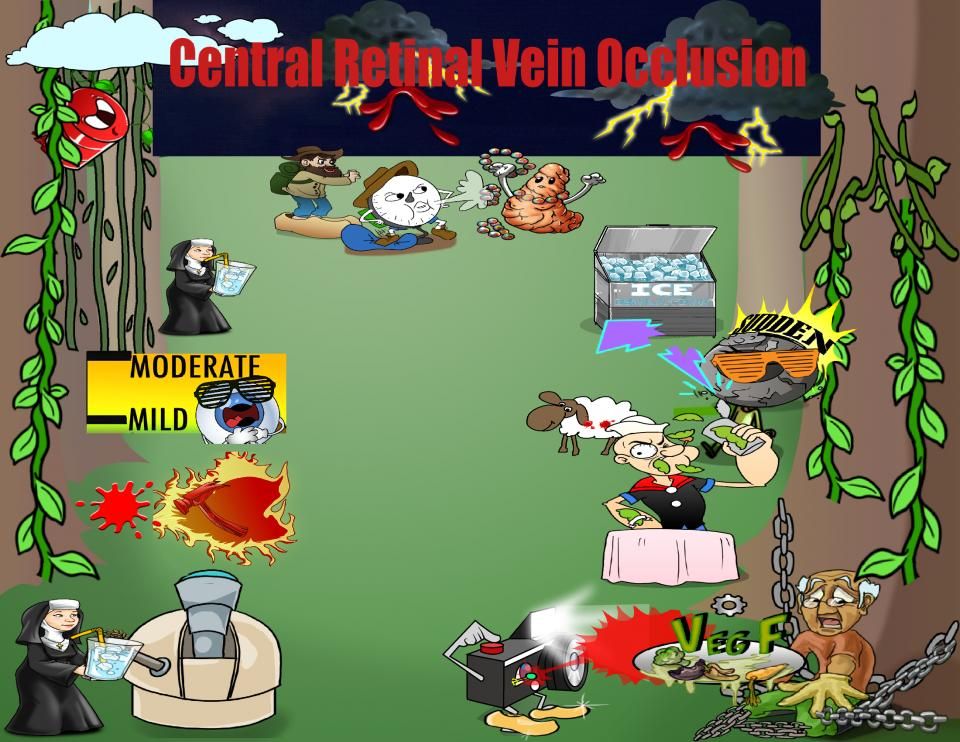 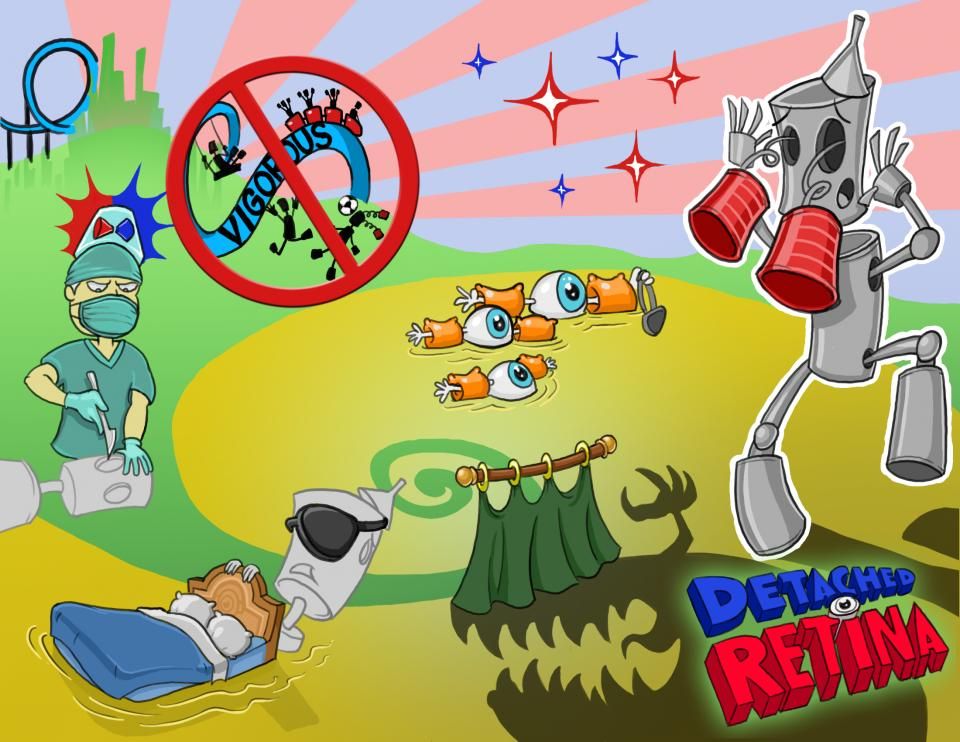 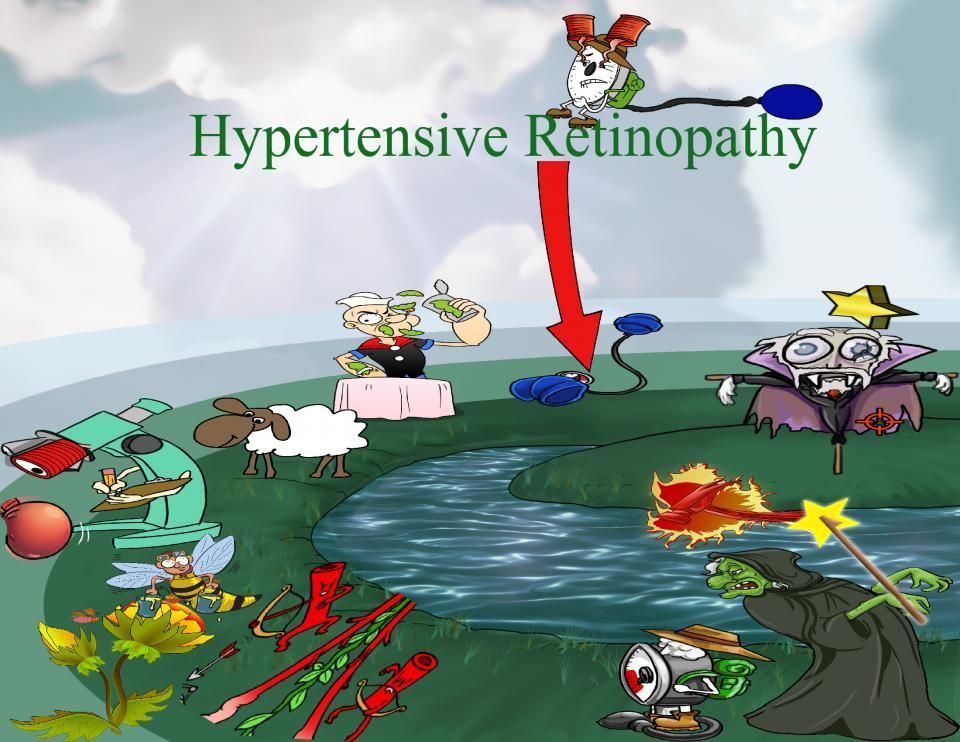 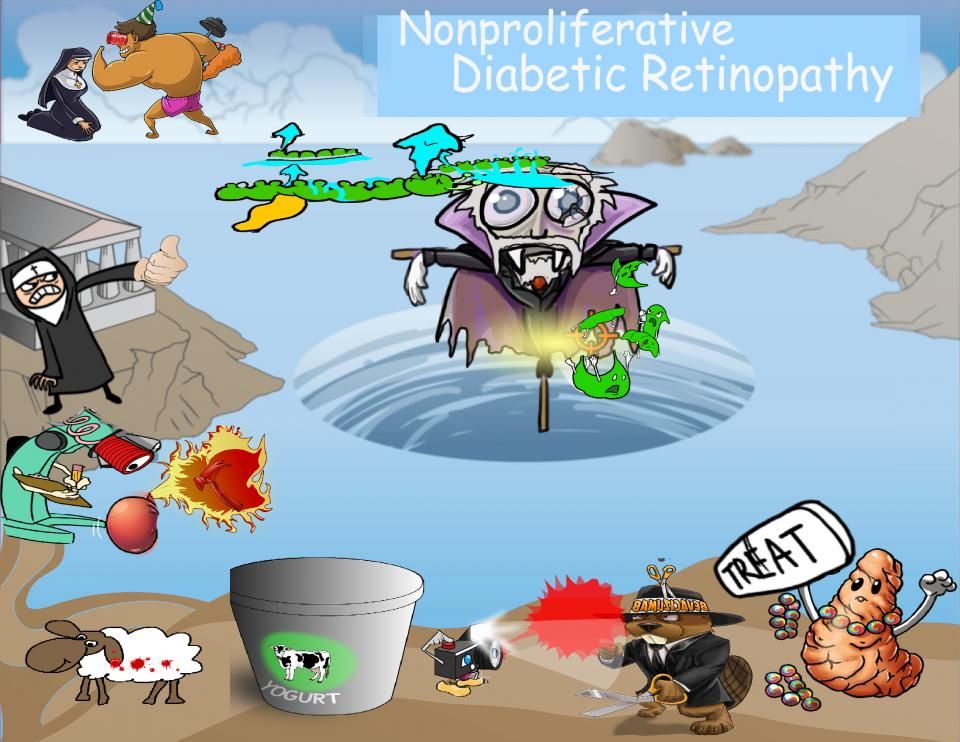 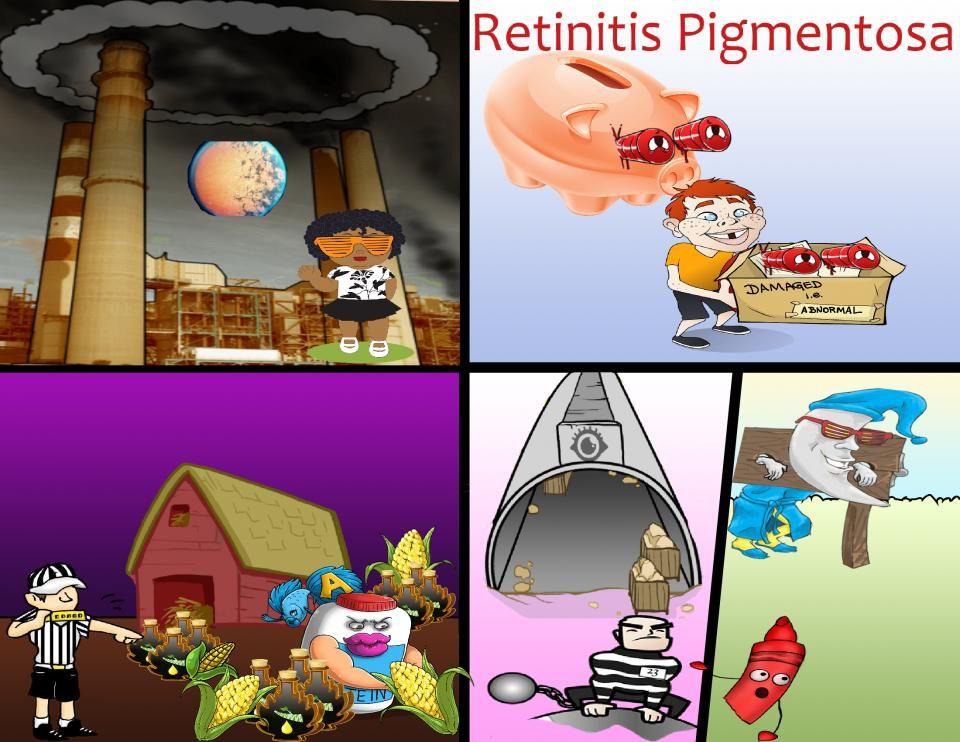 At the ophthalmology clinic, 71-year-old Zoe comes in. She says that about 4 hours ago, she experienced a sudden flash of light followed by many floaters in her right eye. Her visual disturbances have since progressed to a peripheral loss of vision, and it’s spreading to the rest of her visual field. Next to her, an 8-month-old male infant named Nirban, is brought in by his father, who is worried because he noticed that Nirban’s eyes appear white in their family pictures. Ophthalmologic examination reveals the absence of red reflex on both eyes. On further questioning, the father tells you that as a child, he had to have his left eye enucleated or removed, but he is unsure as to the exact reason why.

Based on the initial presentation, both Zoe and Nirban have some form of retinal disorder. But first, a bit of physiology. If we zoom into the wall of the eye, it is made up of three major layers. There's a fibrous outer layer, which contains the cornea and sclera, and helps shield excess light. The middle vascular layer is called uvea and consists of the iris, pupil, choroid, and ciliary body. Finally, the neural layer consists of the retina, with its own outer pigmented layer, and an inner neural layer that’s composed of photoreceptor cells, which convert light into neural signals that travel via the optic nerve to the brain for visual processing.

Okay, let’s start with age-related macular degeneration or ARMD for short. This refers to an acquired degeneration of the macula, which is the central area of the retina. It can be divided into dry or non-exudative ARMD, which accounts for the vast majority of cases, and wet or exudative ARMD. Dry ARMD is characterized by yellowish extracellular deposits of waste materials that build up between the Bruch membrane and the retinal pigment epithelium. For your test, remember that these deposits are often known as Drusen. On the other hand, in wet ARMD, there is abnormal neovascularization, meaning that abnormal blood vessels grow from the choroid behind the retina and can leak intravascular fluid or blood. In terms of symptoms, dry ARMD usually presents with gradual vision problems, such as metamorphopsia, which is a type of distortion where linear objects appear curved or discontinuous, as well as scotomas or missing areas of vision, and eventually it can lead to central vision loss. In contrast, wet ARMD causes rapid central vision loss over a few weeks or months. Ultimately, individuals with ARMD can become legally blind, even though their peripheral vision remains intact. Diagnosis is based on fundoscopy, and treatment focuses on slowing vision loss. For dry ARMD, multivitamin and antioxidant supplements have been shown to help, while wet ARMD can be treated with injections of anti-vascular endothelial growth factors or anti-VEGF for short, like bevacizumab or ranibizumab, which inhibit neovascularization.

Similarly, there is hypertensive retinopathy, which refers to retinal damage from chronic, uncontrolled hypertension. For your exams, remember that this is associated with an increased risk of stroke, coronary artery disease, and kidney disease. Now, only in late stages, hypertensive retinopathy may present with decreased or blurred vision. Fundoscopic examination may reveal microaneurysms and cotton-wool spots. But what’s even more characteristic is the macular star, which results from the star-like deposition of exudates into the macula, along with flame-shaped retinal hemorrhages, and arteriovenous nicking. This is seen when an arteriole with a thick arteriosclerotic wall compresses a vein that it happens to cross, so this vein bulges on both sides next to the crossing. In severe cases, papilledema or swelling of the optic disk can also be seen. Treatment of hypertensive retinopathy requires immediate and long-term control of blood pressure.

Moving on to papilledema, which refers to swelling of the optic disc. This is classically caused either by severe hypertensive retinopathy, or by increased intracranial pressure due to a space-occupying lesion, such as tumor or hemorrhage. Symptoms include blurring, flickering or even complete vision loss. For your exams, remember that in the case of increased intracranial pressure, individuals will often experience nausea and vomiting as well. For diagnosis, fundoscopic examination might reveal an enlarged blind spot and an elevated optic disc with blurred margins. Treatment focuses on managing the primary cause. If a reduction of intracranial pressure is needed, diuretics and antihypertensives are commonly used.

Next, retinal vein occlusion refers to the compression of the central retinal vein or one of its branches due to a thrombus, a narrow vein, or from an atherosclerotic artery crossing it. This manifests as an acute monocular vision loss. For diagnosis, look for a history of cardiovascular risk factors, such as diabetes mellitus and hypertension, or hypercoagulable states like polycythemia vera. For diagnosis, fundoscopic examination may reveal optic disc swelling, retinal hemorrhages, and dilated veins that give a characteristic “blood and thunder appearance”. Edema in affected areas can also be seen. Treatment can include laser photocoagulation, and steroid or anti-VEGF injections.