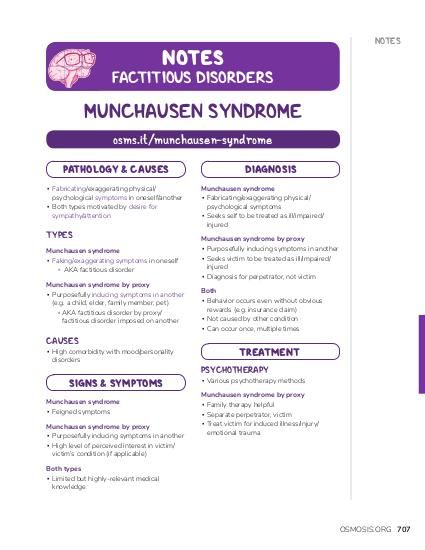 Munchausen syndrome is a factitious disorder in which the patient (consciously/unconsciously) fabricates symptoms to gain attention.

A 6-year-old boy is brought to the emergency department after a sudden loss of consciousness. His medical history is relevant for attention deficit disorder, to which he currently takes methylphenidate. The mother, who is a nurse, mentions that the boy was jumping in a playground when he suddenly collapsed to the floor. Upon hospital admission, initial laboratory evaluation revealed no abnormalities, except for low blood glucose. After glucose administration, the child recovers completely. Exhaustive studies are requested to evaluate his hypoglycemia all of which are negative. When you inform the mother that his discharge is going to be soon, she expresses anger, telling you that she will take her child to another hospital. Next morning, the patient's blood glucose is 50 mg/dl (2.7 mmol/L). Physical examination shows dilated pupils and tachypnea. Which of the following is the most appropriate next step in management? 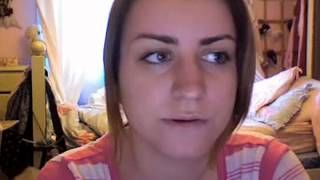