A 28-year-old woman comes to the clinic because of a heightened sense of pain in response to minor stimuli and severe fatigue for the past year. She also says that she has an amplified response to painful stimuli and even a small poke can cause a sharp stabbing pain. She has been exercising frequently and has been receiving psychological therapy. Physical examination shows many tender point in muscle bodies, tendon insertions, and at bony prominences. Pain is localized in 11 of 18 specified tender points and the diagnosis of fibromyalgia is confirmed. Her symptoms have continued despite treatments with pregabalin and duloxetine. Which pharmacologic therapy is an appropriate choice for this patient? 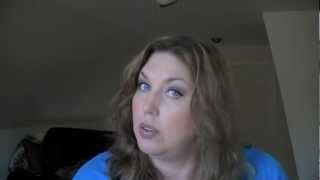 The term fibromyalgia can be broken down. Fibro- refers to fibrous tissue, -my- refers to muscle and -algia refers to pain.

Fibromyalgia is a chronic condition, which occurs more often in women, that causes widespread muscle pain, extreme tenderness in various parts of the body, and sleep disturbances.

Normally, if a person cuts their finger, a specific type of sensory neuron called a nociceptor or pain receptor, converts that stimulus into an electrical signal.

These are the first neurons and they’re primarily found in the skin, joints, or the walls of organs.

The electrical signal goes from the dendrite of the nociceptor into its peripheral axon branch and heads up the hand and arm towards its cell body.

The dorsal root ganglia contains the cell bodies of many sensory neurons that receive information.

So in this case, the cell body would receive the electrical signal, and if it’s strong enough, it would start to release substance P, which is a small chemical involved in pain perception.

Substance P would go down the other axon branch of the nociceptor and would get released from the neuron’s terminal button.

There is also a separate group of neurons called inhibitory neurons in the spinal cord that dampen or reduce the pain response, counteracting the effect of nociceptors.

These inhibitory neurons release neurotransmitters such as serotonin and norepinephrine and they also act on the second neuron in the spinal cord to inhibit the pain signal.

This electrical signal goes all the way up the spinal cord to the brain where the pain is perceived.

So while, the pain signal races towards the brain, important events are happening in the damaged finger as well.

That nerve growth attracts nearby mast cells which start to release even more nerve growth factor - amplifying the effect.

The high levels of nerve growth factor do a few important things to nociceptors.

It boosts the growth, makes them more sensitive to pain, and makes them produce even more substance P.

In fibromyalgia, the underlying mechanism isn’t well understood, but there seems to be a problem with how the brain receives pain signals.

Together, these are thought to play a role in the hypersensitivity to pain, which hints that fibromyalgia might be a condition of central sensitization.