Mutations in one of two podocyte slit diaphragm proteins, nephrin or podocin, are potential causes of .

A 49-year-old man comes to the office because of worsening bilateral leg edema for the past five months. He has gained 5-kg (11-lb) since symptoms began, and hasn't experienced any changes in physical activity or changes in diet. He was diagnosed with HIV a year ago, but has only intermittently been taking HAART. Physical examination shows generalized edema. Urinalysis shows significant proteinuria, hyaline, and waxy casts, but no erythrocytes. His serum creatinine concentration is normal. Which of the following is the most likely microscopic finding? 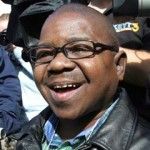 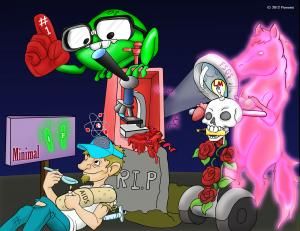 Focal segmental glomerulosclerosis, or sometimes focal glomerular sclerosis, or just sometimes FSGS, is a type of kidney disease that affects the kidney’s glomeruli, which is where small molecules are first filtered out of blood and into the urine.

From the name, you have glomerulosclerosis, which indicates sclerosis, or scar tissue, forming in the glomeruli.

Those glomeruli that are affected, though, allow proteins to filter through into the urine, and ultimately people with FSGS develop nephrotic syndrome.

So focal segmental glomerulosclerosis is a type of nephrotic syndrome, that’s helpful, but why does the glomerulus develop segmental sclerosis in the first place?

Well, primary FSGS is when it’s idiopathic, or there’s no clear underlying cause.

What is known, though, is that the podocytes, which are the cells that have these long tentacle-like projections, called foot processes, that wrap around the capillaries in the glomeruli, are damaged. These damaged podocytes allow some plasma proteins and lipids to sneak by, which then go on to get into the urine.

Not only that though, over time, some of these proteins and lipids to get trapped and build up in the glomerulus, resulting in hyalinosis, where the tissue has a hyaline or glassy appearance on histology, and it’s thought that over time these areas move on to develop sclerosis, or scar tissue.