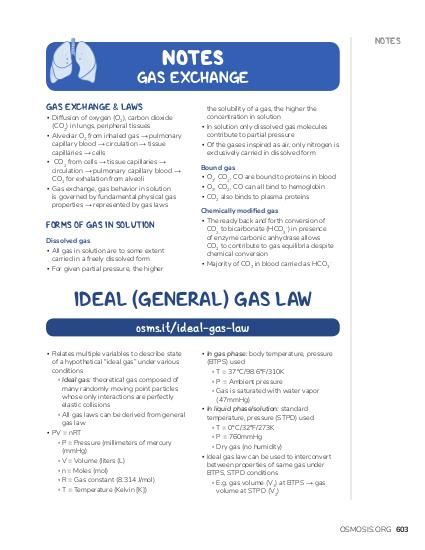 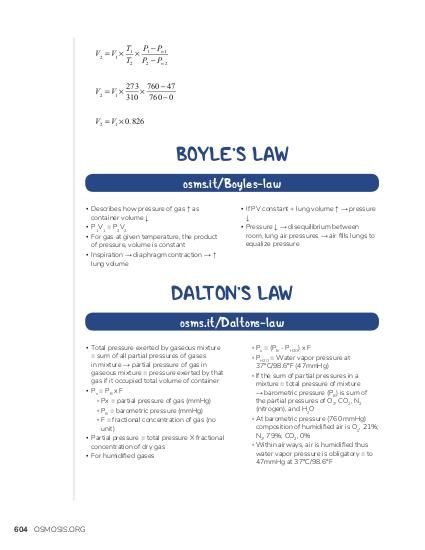 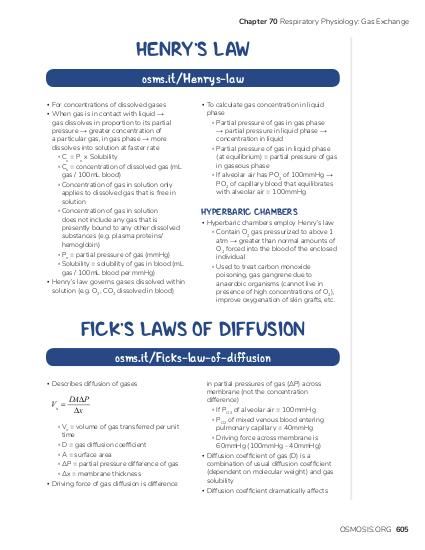 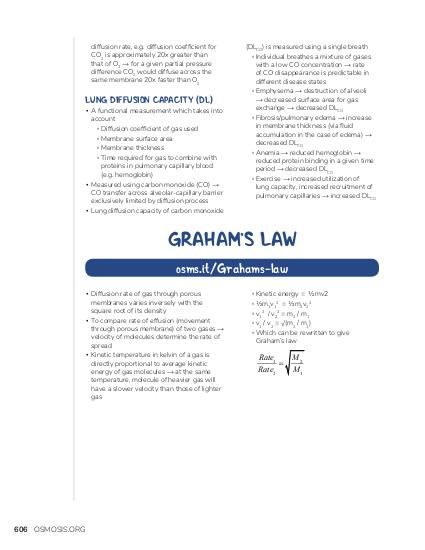 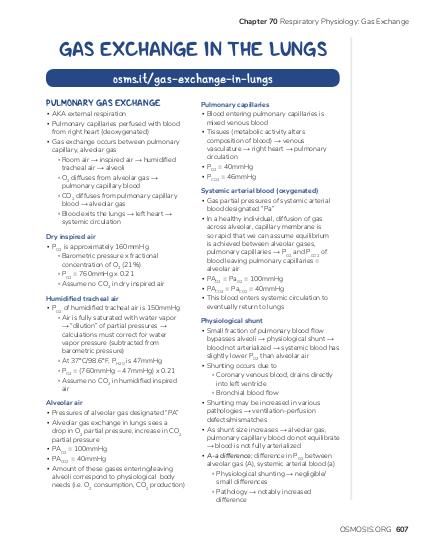 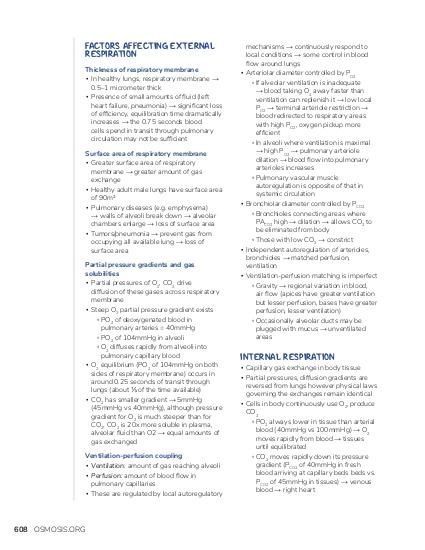 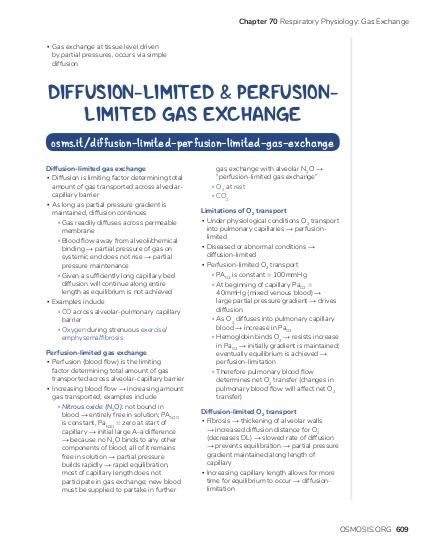 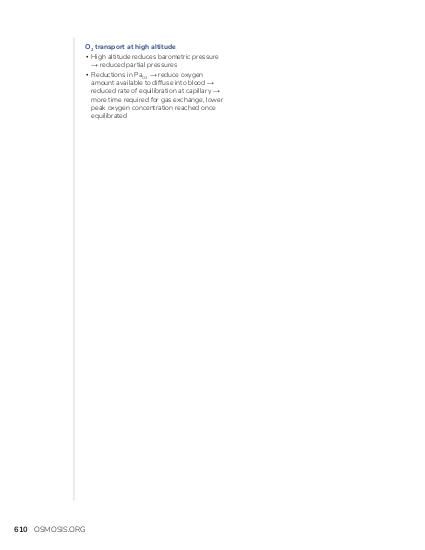 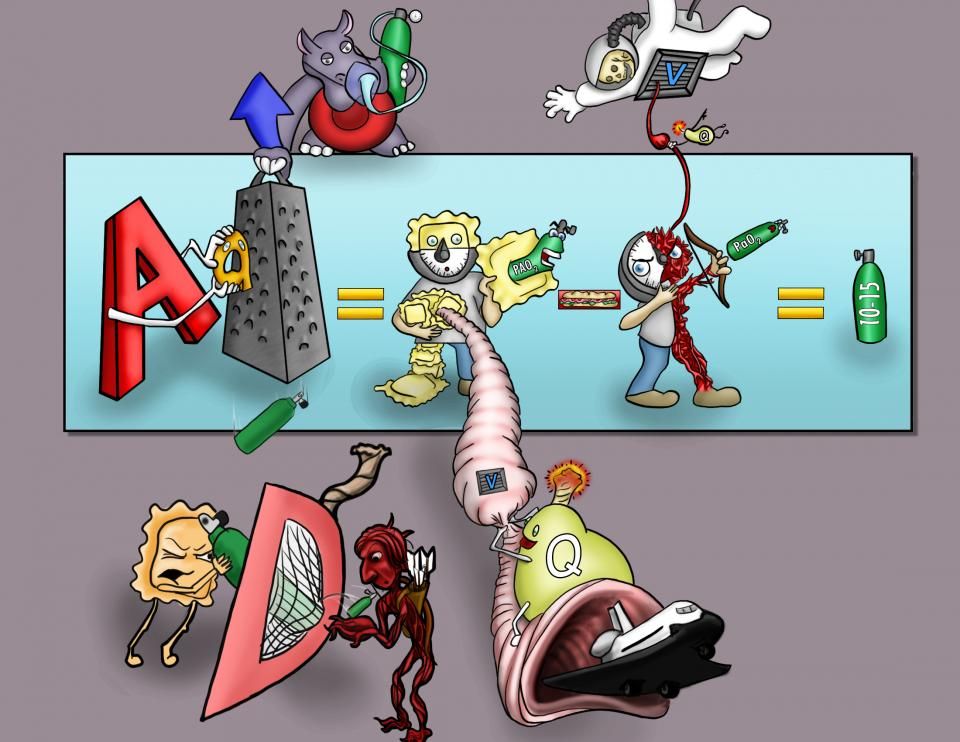 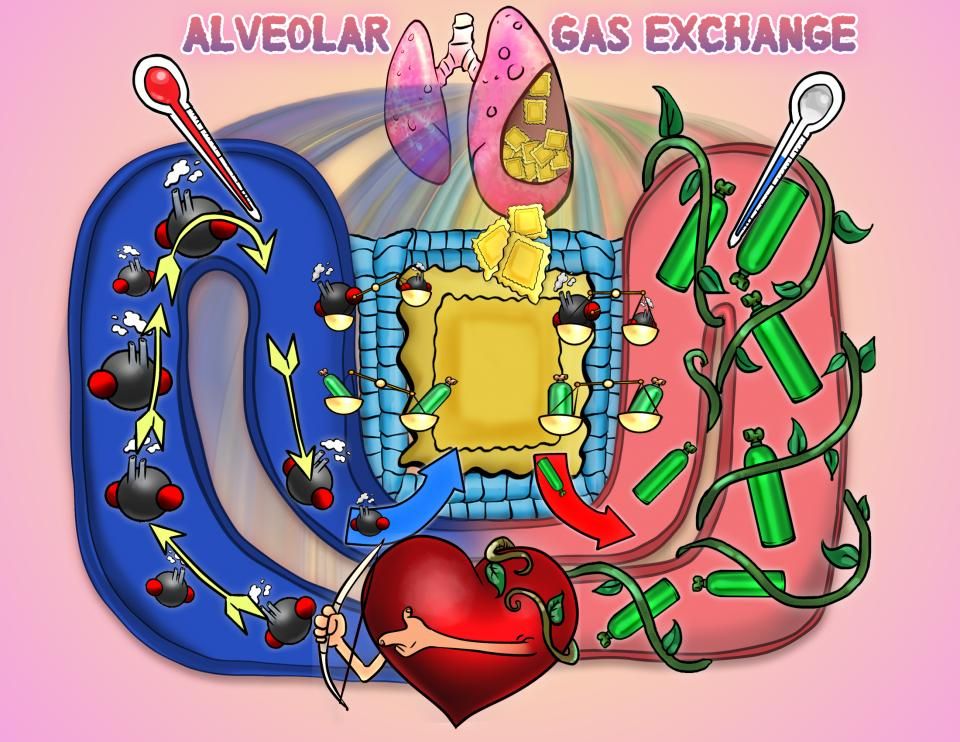 The primary purpose of gas exchange is to get rid of carbon dioxide and take up oxygen. Gas exchange takes place between blood and alveoli in the lungs, and then between blood and tissue cells all around the body through simple diffusion. Gasses cross the membranes at the alveolar-capillary membrane in the lungs, where oxygen enters and carbon dioxide exits the bloodstream. Oxygen then travels through the bloodstream to all body parts to be used in cellular respiration, where it is exchanged for carbon dioxide that's transported back into the lungs and then exhaled.