An investigator is studying two human isoenzymes capable of phosphorylating glucose, the first step of glycolysis. This step results in a negatively charged product, glucose-6-phosphate, which is then trapped on the intracellular side of the phospholipid bilayer. One form of this isoenzyme is only found in hepatocytes and beta-cells of the pancreas and is induced by insulin; the other, tissue isoform, is found elsewhere throughout the body, is not inducible by insulin and is feedback inhibited by glucose-6-phosphate. The investigator is trying to characterize these isoforms on the basis of their kinematics. Which of the following observations correctly describes these two isoforms? 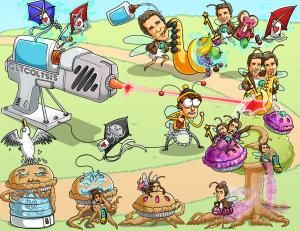