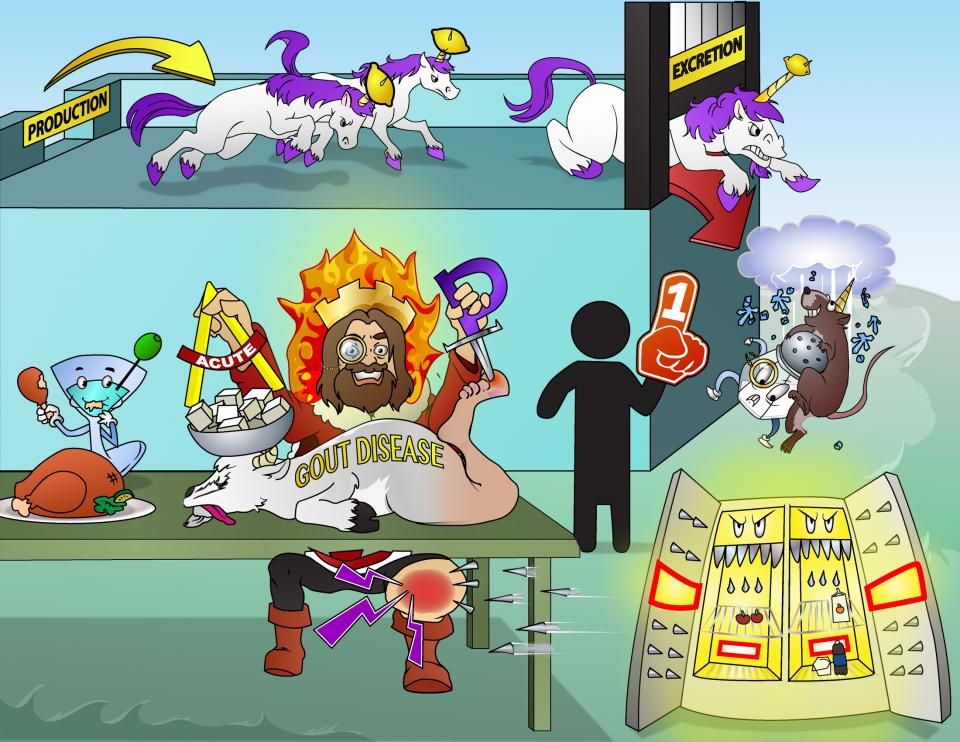 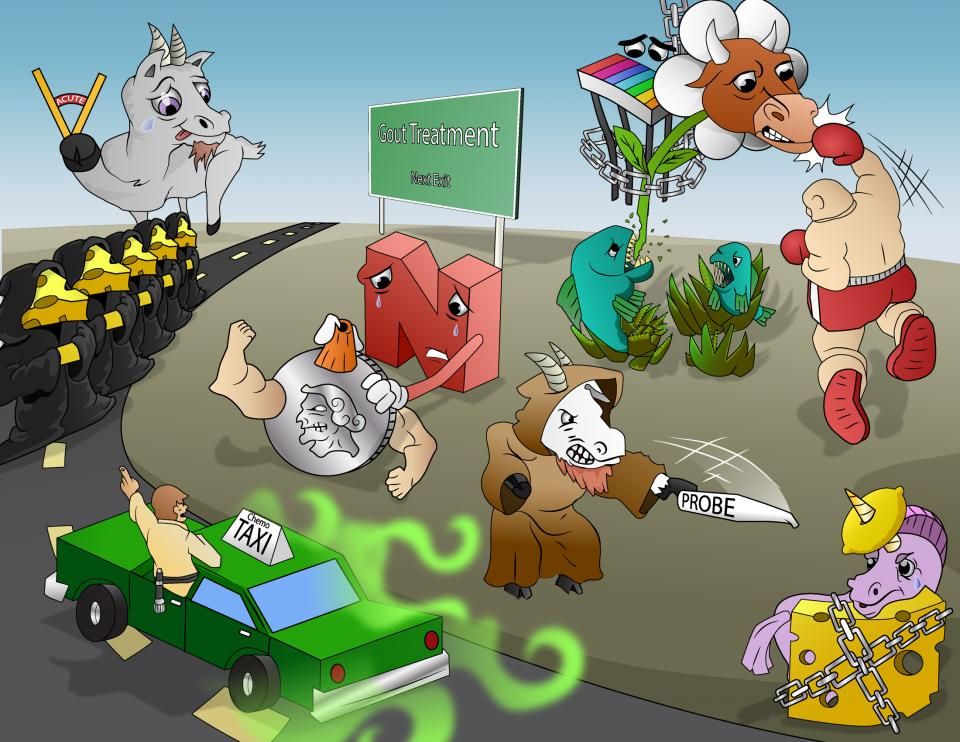 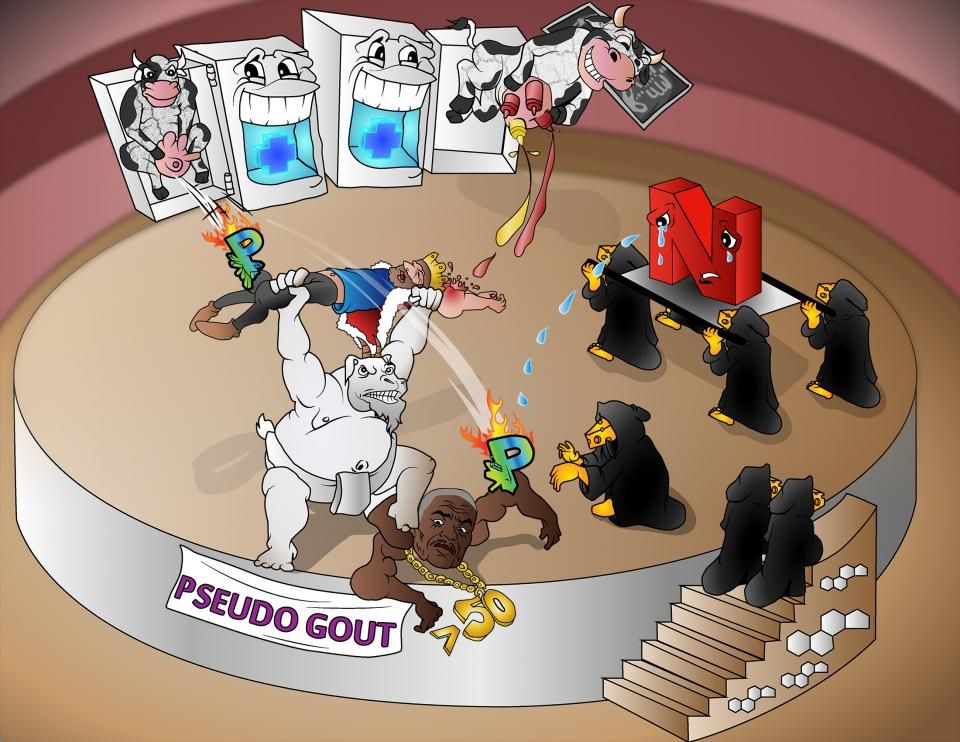 Now, moving on, the problem with these crystals accumulating in soft tissues and joints is that they cause tissue damage and a self-limited acute inflammatory episode called a gout attack.

Although the mechanism is not fully known, it is thought that the crystals interact and activate monocytes and macrophages, which try to clear them by phagocytosis.

This leads to the release of proinflammatory cytokines like TNF-alpha, interleukin-8, and other chemokines into the surrounding area, triggering the inflammatory reaction and an influx of neutrophils into the joints, resulting in joint damage and symptoms of acute gout.

These episodes resolve spontaneously in around ten days, possibly mediated by anti-inflammatory cytokines.

Over time, repeated acute gout episodes can develop into chronic gout, which is a type of arthritis with joint tissue destruction and permanent joint deformity.

Chronic gout can eventually lead to permanent deposits of urate crystals, called tophi, which form along the bones just beneath the skin.

Microscopic tophi can be walled off by a ring of proteins, which blocks their interaction with immune cells and, therefore, don’t trigger an inflammatory response.

Sometimes, though, some of these crystals can get past the wall, and trigger new gout attacks, which brings further destruction to the joint. Individuals with chronic gout are also at an increased risk for developing kidney stones made of uric acid, as well as urate nephropathy, which is when urate crystals deposit in the interstitium of the kidney.

Now, symptoms of gout are high-yield and frequently tested, and they depend on which joint is affected and if the presentation is acute or chronic.

Ok, so the disease is usually symmetrical and affects the first metatarsal joint of the foot, or the base of the big toe, but the joints of the ankles, knees, wrists, and elbows can be involved too.

When it involves the big toe, this condition is called podagra.

Classically, in an acute gout attack, individuals feel sudden pain over the affected joint that’s so severe, it even wakes them up from sleep feeling like their big toe is on fire.

People describe this pain as the worst they ever had but, fortunately, the pain generally lessens over time.

And because it is an inflammatory process, the affected joint is also swollen, warm, and red.

Something else to know is that the acute attacks tend to occur after a large meal (with foods rich in purines), trauma, surgery, dehydration, and diuresis.

They can also be triggered by alcohol consumption because alcohol metabolites compete for the same excretion sites in the kidney as uric acid, causing decreased uric acid excretion.

Chronic gout, on the other hand, can be asymptomatic between gout attacks, which can occur quite frequently if the cause of hyperuricemia is not dealt with.

The clinical picture is dominated by the presence of tophi around the affected areas.