A 28-year-old man comes to a primary care clinic with fever, generalized muscle aches, and inguinal ulcers. Three months ago, he was diagnosed with acute urethritis and treated with a course of oral antibiotics. He is sexually active and began a monogamous relationship with a new partner three months ago. They use condoms inconsistently. Temperature is 37.0°C (98.6°F), pulse is 90/min, respirations are 20/min, and blood pressure is 120/75 mmHg. The abdomen is soft and nontender. External genital examination reveals multiple purulent, tender ulcers on the penile shaft. Tender inguinal lymphadenopathy is noted along with overlying ulcerative lesions. Histological analysis of one of these ulcers reveals an organism organized in parallel strands. Which of the following is the most likely organism responsible for this patient’s symptoms? 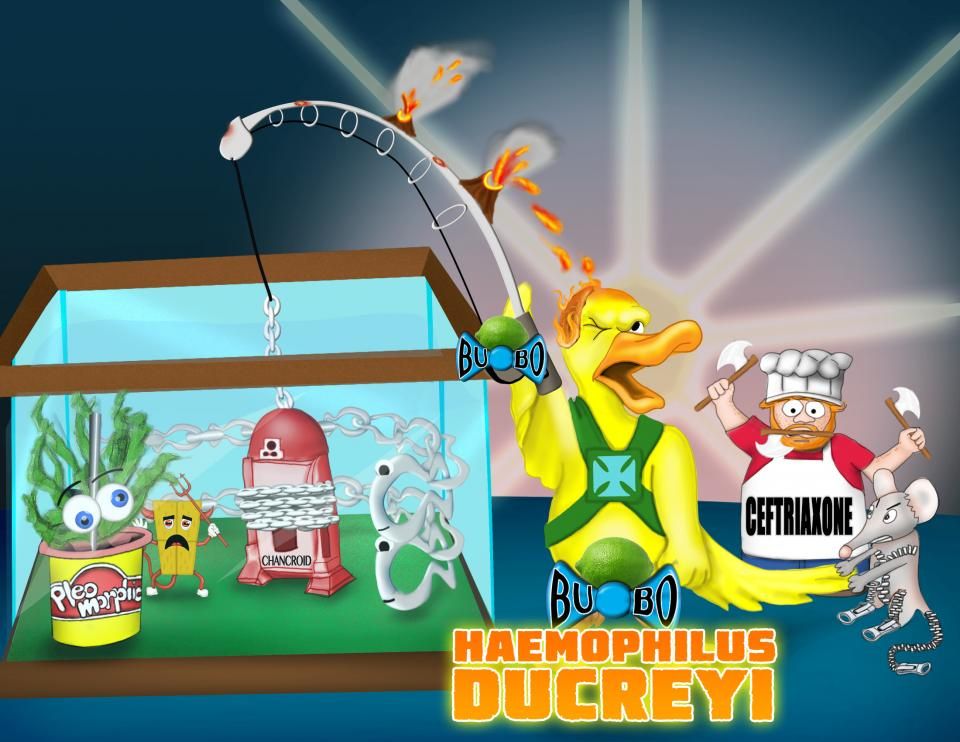 Haemophilus ducreyi (Chancroid) is a gram-negative, facultatively anaerobic, nonmotile coccobacillus. It is known to cause a sexually transmitted disease called chancroid, which is characterized by one or more painful genital ulcers associated with tender inguinal adenopathy.