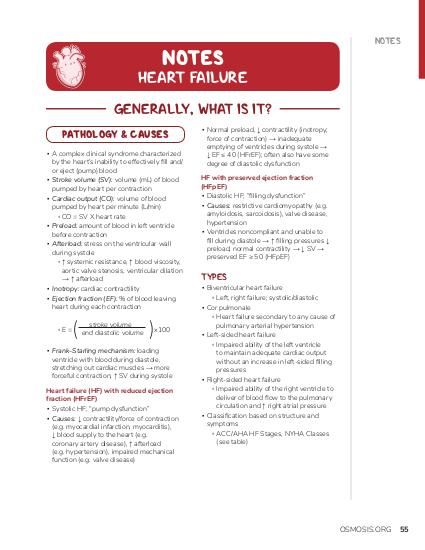 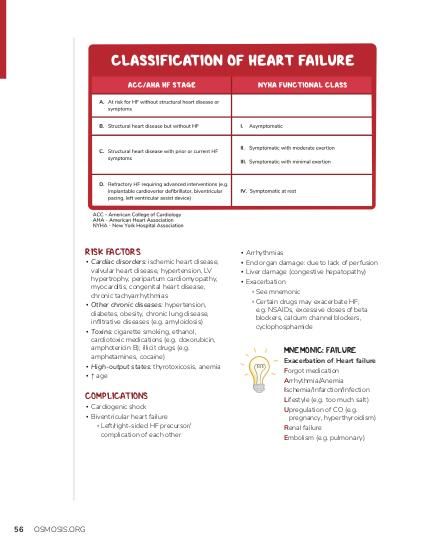 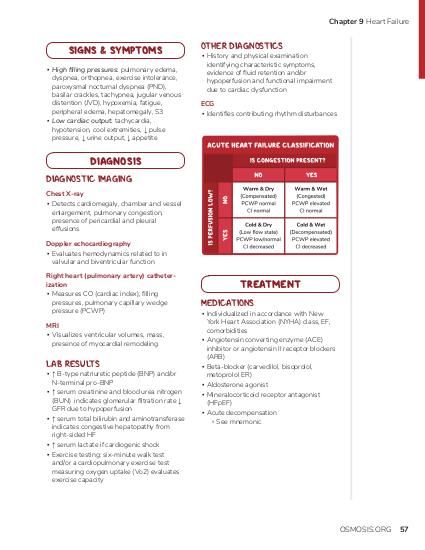 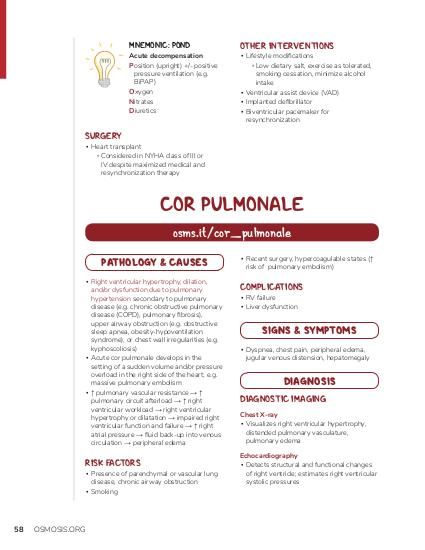 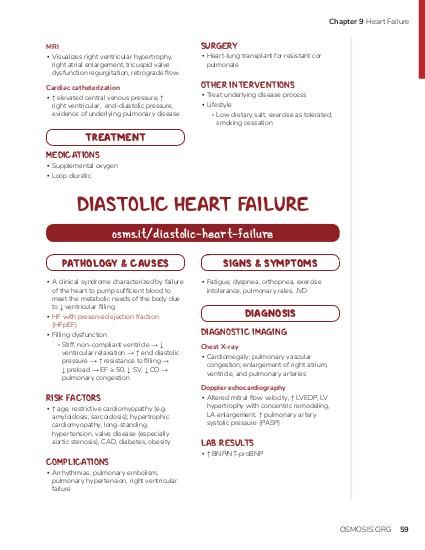 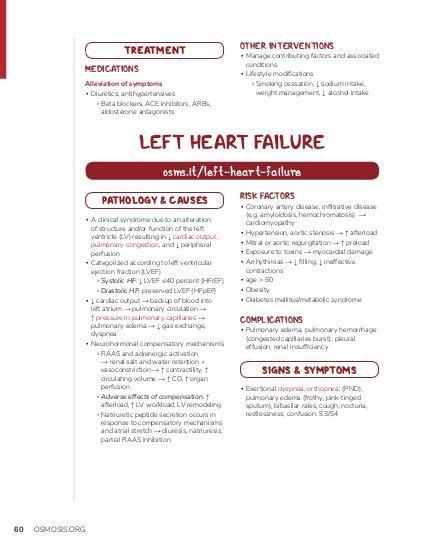 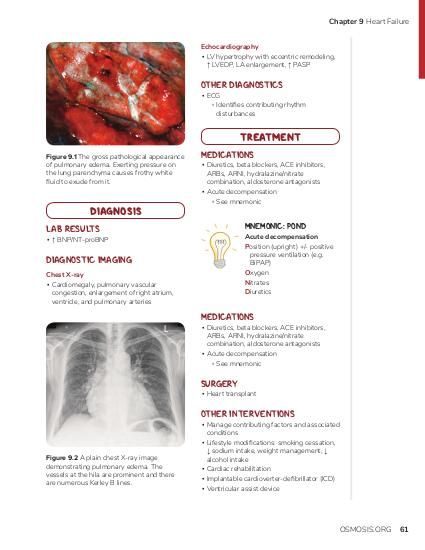 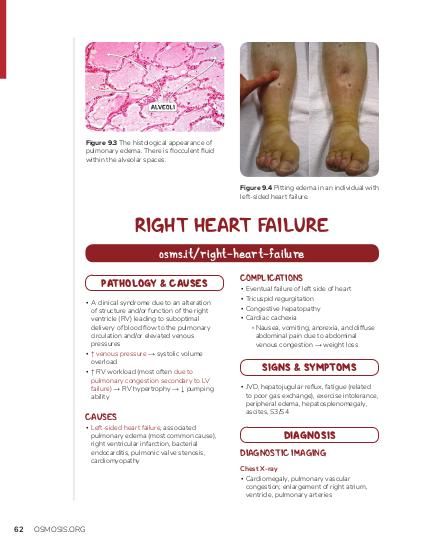 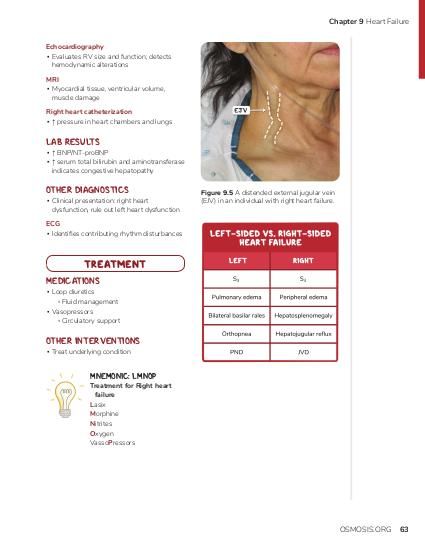 A previously healthy one-month-old infant is admitted to the hospital because of respiratory distress. He was born at term following an uncomplicated pregnancy and delivery. He had been well until 2 days ago when he developed fever and malaise. His pulse is 162/min, respirations are 54/min, and blood pressure is 64/48 mm Hg. Examination shows evidence of heart failure. A viral infection is suspected as the etiology of his acute heart failure. Which of the following is the most likely causal virus? 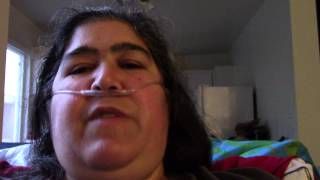 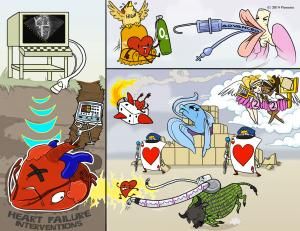 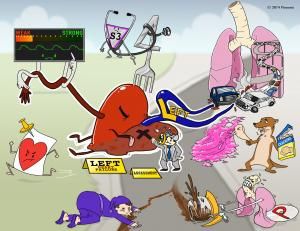 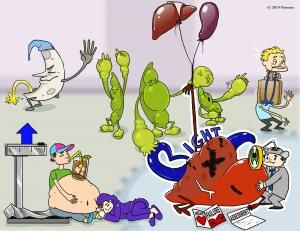 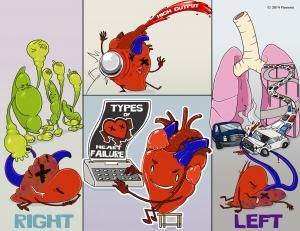 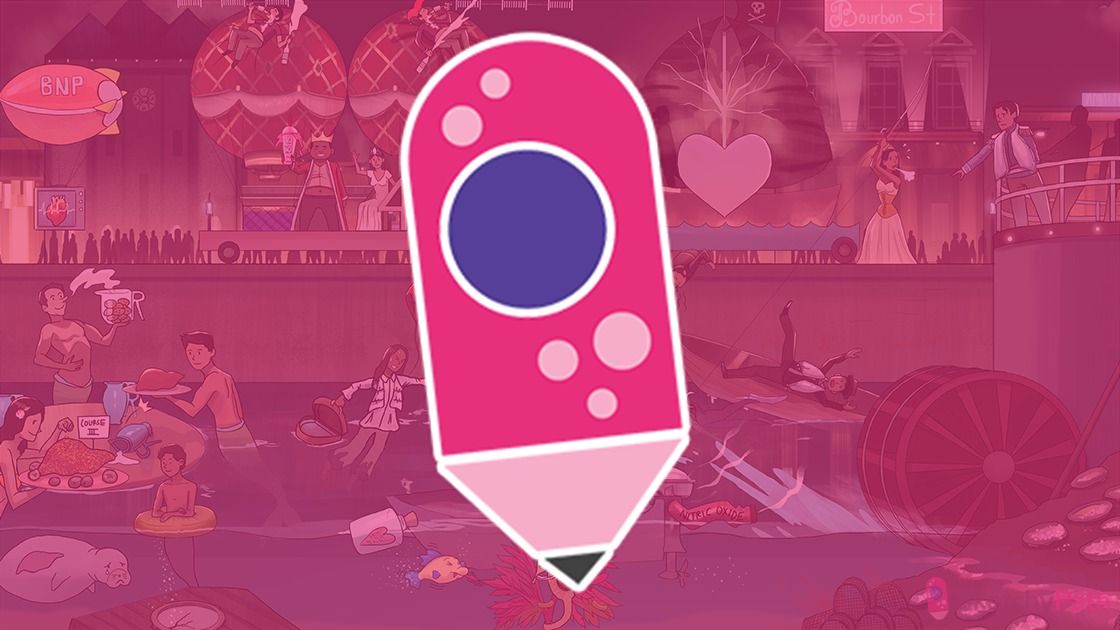 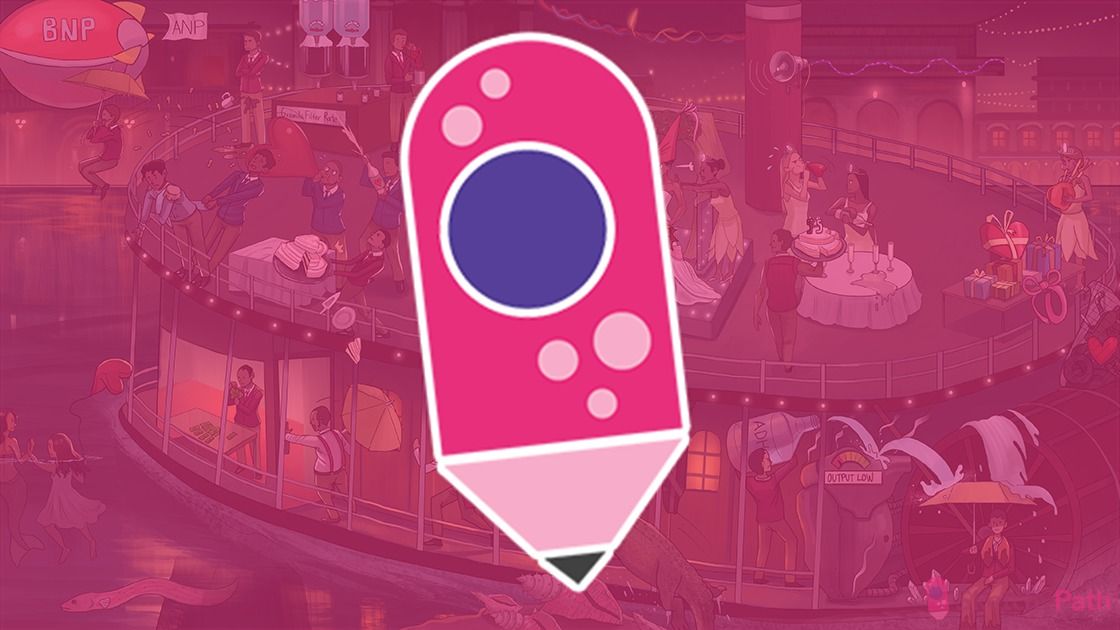 Heart failure’s used to describe a point at which the heart can’t supply enough blood to meet the body’s demands.

Congestive heart failure affects millions of people around the world and since it means that the body’s needs are not being met, it can ultimately lead to death.

Part of the reason why so many people are affected by heart failure, is that there are a wide variety of heart diseases like ischemia and valvular disease that can impair the heart’s ability to pump out blood and—over time—can ultimately cause the heart to fail.

Alright, first up is systolic heart failure, kind of a mathematical way to think this one is that the heart needs to squeeze out a certain volume of blood each minute, called cardiac output, which can be rephrased as the heart rate (or the number of beats in a minute) multiplied by the stroke volume (the volume of blood squeezed out with each heart beat).

The heart rate is pretty intuitive, but the stroke volume’s a little tricky.

For example, in an adult the heart might beat 70 times per minute and the the left ventricle might squeeze out 70ml per beat, so 70 x 70 equals a cardiac output of 4900 ml per minute, which is almost 5 liters per minute.

So notice that not all the blood was pumped out right?

And the stroke volume is only a fraction of the total volume.

The total volume might be closer to 110 ml, and 70ml is the fraction that got ejected out with each beat, the other 40ml kind of lingers in the left ventricle until the next beat, right?

In this example, the ejection fraction would be 70ml divided by 110 ml or about 64%, a normal ejection fraction is around 50-70%, between 40-50% would be considered borderline, and anything about 40% or less would indicate systolic heart failure because the heart is only squeezing out a little blood each beat.

So in our example, if the total volume of the left ventricle was 110 ml, but only 44 ml was pumped out with each beat (then you have 44 ml divided by 110 ml which is 40%), and we would say that this person is in systolic heart failure.

In this case again the stroke volume is low, but the ejection fraction’s normal...how’s that?

In this situation, the failure’s caused by abnormal filling of the ventricle so that the chamber doesn’t get fully loaded or stretched out in the first place.

Another term for this is having a reduced “preload” which is the volume of blood that’s in the ventricle right before the ventricular muscle contracts.

An important relationship between systolic and diastolic function is the Frank-Starling mechanism, which basically shows that loading up the ventricle with blood during diastole and stretching out the cardiac muscle makes it contract with more force, which increases stroke volume during systole.

This is kinda like how stretching out a rubber band makes it snap back even harder, except that cardiac muscle is actively contracting whereas the rubber band is passively going back to its relaxed state.

Having said that, if less blood exits either ventricle it’ll affect the other since they work in series, so left-sided could cause right-sided, and vice versa, so these terms really refer to the primary problem affecting the heart, basically which one was first.

And, this is typically due to some kind of damage to the myocardium—or the heart muscle—which means it can’t contract as forcefully and pump blood as efficiently.

In this case, less blood and oxygen gets through the coronary artery to the heart tissue, which damages the myocardium.

Sometimes, if the coronary’s blocked completely and the person has a heart attack, they might be left with scar tissue that doesn’t contract at all, which again means the heart can’t contract as forcefully.

Longstanding hypertension is another common cause of heart failure.

To compensate, the left ventricle actually bulks up, and its muscles hypertrophy, or grow so that the ventricle can contract with more force.

The increase in muscle mass also means that there is a greater demand for oxygen, and, to make things even worse, the coronaries get squeezed down by the this extra muscle so that even less blood’s delivered to the tissue.

More demand and reduced supply means that some of the ventricular muscle starts to have weaker contractions—leading to systolic failure.

Another potential cause would be dilated cardiomyopathy, where the heart chamber dilates, or grows in size in an attempt to fill up the ventricle with larger and larger volumes of blood, or preload, and stretch out the muscle walls and increase contraction strength, via the Frank-Starling mechanism.

Even though this can actually work for a little while, over time, the muscle walls get thinner and weaker, eventually leading to muscles that are so thinned out that it causes systolic left-sided heart failure.

Ultimately the ventricle walls need to be the right size relative to the size of the chamber in order for the heart to work effectively. Any major deviation from that can lead to heart failure.

Alright, even though systolic failure is most common in left-sided heart failure, diastolic heart failure or filling dysfunction can also happen.

In hypertension, remember how the left ventricular hypertrophied?

Well that hypertrophy is concentric, which means that the new sarcomeres are generated in parallel with existing ones.

This means that as the heart muscle wall enlarges, it crowds into the ventricular chamber space, resulting in less room for blood, meaning that in addition to contributing to systolic dysfunction, hypertension also can cause diastolic heart failure.

Concentric hypertrophy leading to diastolic failure can also be caused by aortic stenosis, which is a narrowing of the aortic valve opening, as well by hypertrophic cardiomyopathy, an abnormal ventricular wall thickening often from a genetic cause.