An 8-month-old boy is brought to the office for the evaluation of a rash. It started 2 days ago on the neck and trunk and then spread to the face and extremities. The patient had an emergency department visit 3 days ago because of a generalized-tonic clonic seizure. At that time, he had a temperature of 40°C (104°F). Today, temperature is 37°C (98.6°F), pulse is 95/min, respirations are 30/min and blood pressure is 90/55 mmHg. Physical examination shows a blanching maculopapular rash that is most prominent on the neck, trunk, and buttocks.  A virus from which of the following classes is the most likely cause of this patient’s disease? 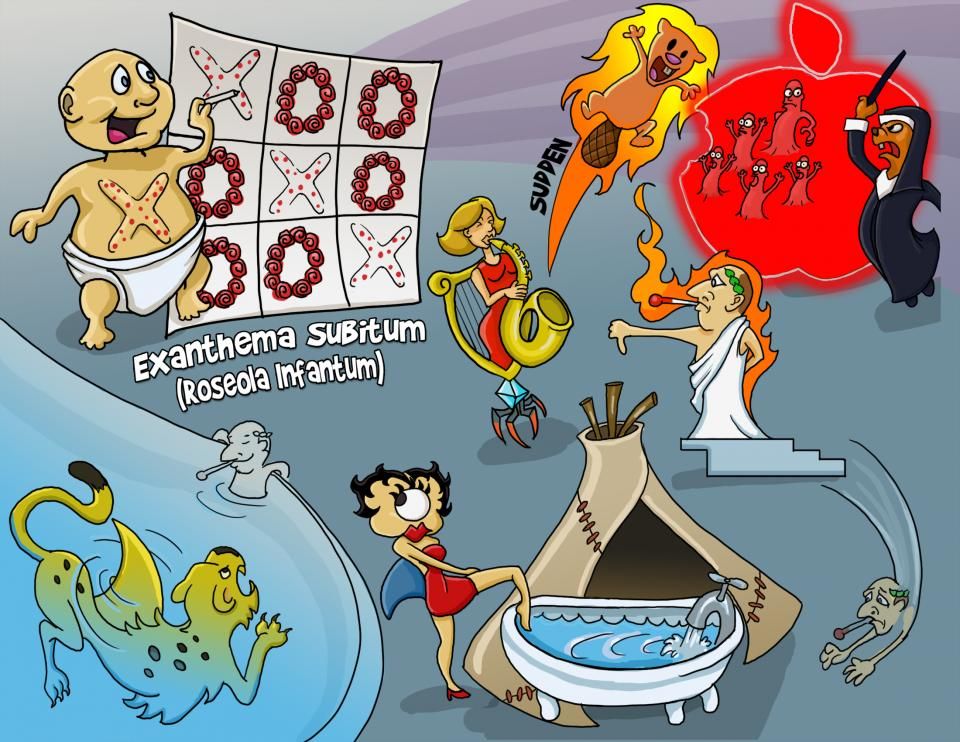 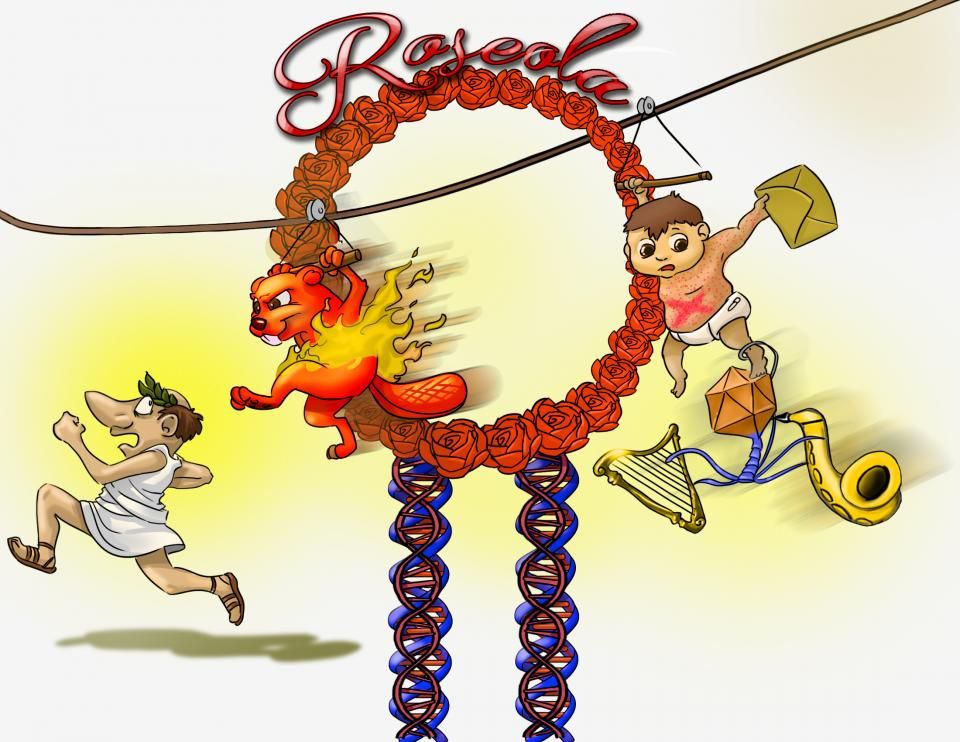 Human herpesvirus 6, or HHV-6, is a double stranded DNA virus which belongs to the Herpesviridae family, subfamily Betaherpesvirinae, genus Roseolovirus. HHV-6 primary infection is the cause of the common childhood disease called roseola infantum, also known as exanthema subitum or sixth disease.

Human herpesvirus 6 is a double stranded linear DNA virus surrounded by an icosahedral capsid, which is a spherical protein shell made up of 20 equilateral triangular faces.

Now, HHV-6 infection begins when a person comes in contact with respiratory secretions from another person who contains the virus.

Once in the body, the virus attaches to dendritic cells, which are antigen-presenting cells that can be found in the skin, nose, lungs, stomach and intestines.

These cells are able to process antigens like viral proteins and present them on the cell surface to the T cells.

So, when the virus attaches to dendritic cells, it activates them, and they migrate to the lymph nodes where they interact with CD4+ T lymphocytes.

When dendritic cells and T cells interact, the virus gets ingested by T cells and they get infected.

Inside T cells, the virus can replicate most efficiently, so it undergoes the lytic cycle, where its DNA gets transcribed and translated by cellular enzymes, to form viral proteins, which are packaged into new viruses that can leave the cell destroyed and subsequently infect neighboring cells.

The virus can also replicate into a wide variety of other cells such as monocytes, macrophages, natural killer cells, astrocytes, megakaryocytes and glial cells - but not as efficiently as inside T cells.

Finally, HHV-6 can go into a latent state in monocytes, where the virus just hangs out inside the cell instead of killing it.

This may sound harmless, but in people with immunosuppression, especially after a bone marrow or organ transplant, the virus can reactivate and cause serious infections such as encephalitis.

Most often, though, HHV-6 causes a disease called roseola infantum which usually occurs in young children aged between six months and two years.

The disease has an incubation period of 1 to 2 weeks.

After the incubation period, the disease debuts with a high fever that may exceed 40 degrees Celsius or 104 degrees Fahrenheit and usually lasts for three to five days.

Human herpesvirus 6 (HHV-6) is a double-stranded DNA virus of the Herpesviridae family, known to cause roseola. Roseola is transmitted through contact with respiratory secretions of a sick person. The infection has two phases; a febrile phase characterized by a sudden onset of fever associated with respiratory symptoms and lymphadenopathy around the neck, and an exanthem phase characterized by a decrease in the body temperature and patchy exanthem (eruptive skin rashes)