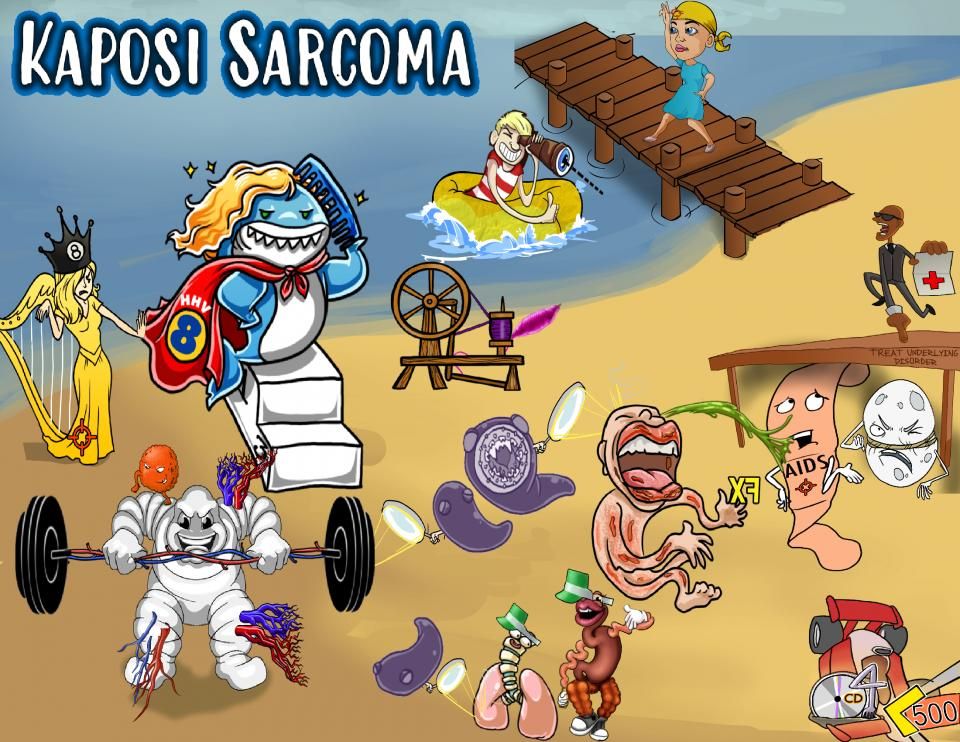 So when LANA-1 inhibits p53, that prevents apoptosis and leads to uncontrolled cellular proliferation.

In the lytic phase, the virus starts to replicate, so its DNA gets transcribed and translated by cellular enzymes, in order to form viral proteins, which are packaged into new viruses.

When the virus enters into the lytic phase, thousands of virus particles can be made from a single cell which can destroy the cell and subsequently infect neighboring cells.

Now, the body’s immune system reacts to the infection by mounting a humoral response, where the B cells create antibodies to fight off the virus, and a cellular response, in which cytotoxic T cells work to kill the infected cells, limiting their ability to spread to other tissues.

So, in people with a healthy immune system, infection rarely occurs.

However, people who are immunocompromised, such as people with AIDS, people who have undergone an organ transplant or people who take immunosuppressive medications, are at risk for developing the disease.

Specifically, HHV-8 causes a disease called Kaposi’s sarcoma which is classified into 4 types depending on the clinical circumstances in which it develops: classic, endemic, epidemic and immunosuppression therapy-related.

Endemic Kaposi’s sarcoma occurs in young adult males who live in Africa and can be more aggressive.

Epidemic Kaposi’s sarcoma is associated with AIDS and can affect many body parts such as skin, mouth, GI tract or lungs.