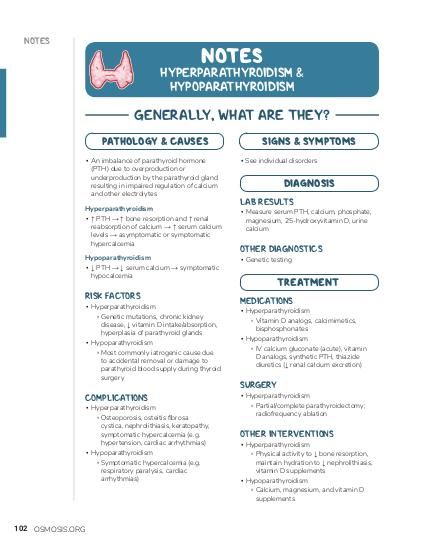 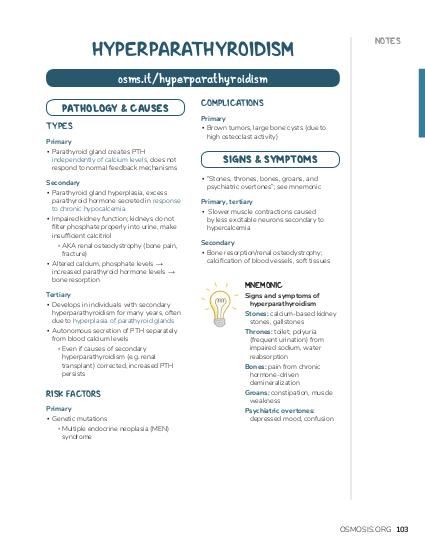 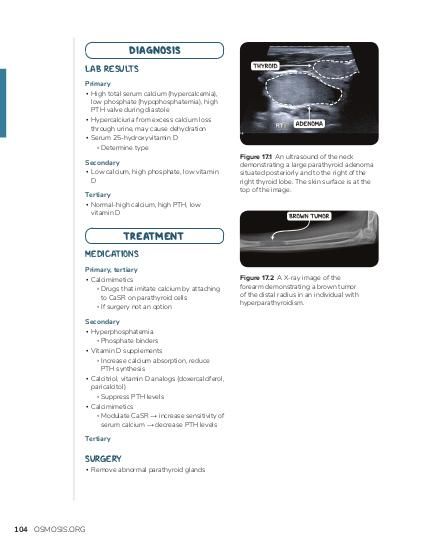 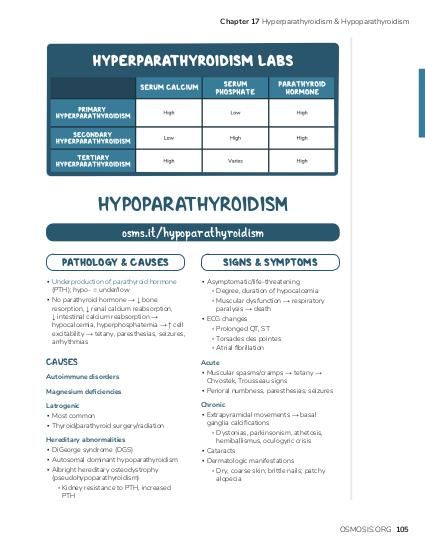 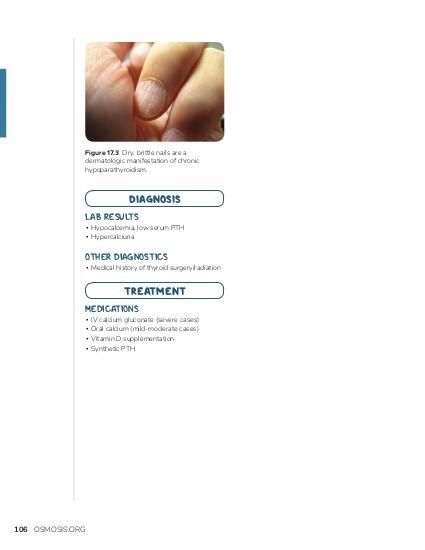 A 74-year-old woman comes to the emergency department because of altered mental status. Her past medical history includes uncontrolled hypertension and type 2 diabetes mellitus. Her last recorded glomerular filtration rate is 30 mL/min. A radiograph of the patient’s hands shows:

Routine blood work is performed. Which of the following series of findings is most likely for this patient? 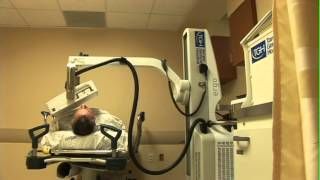 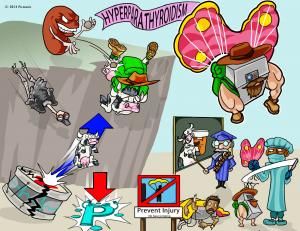 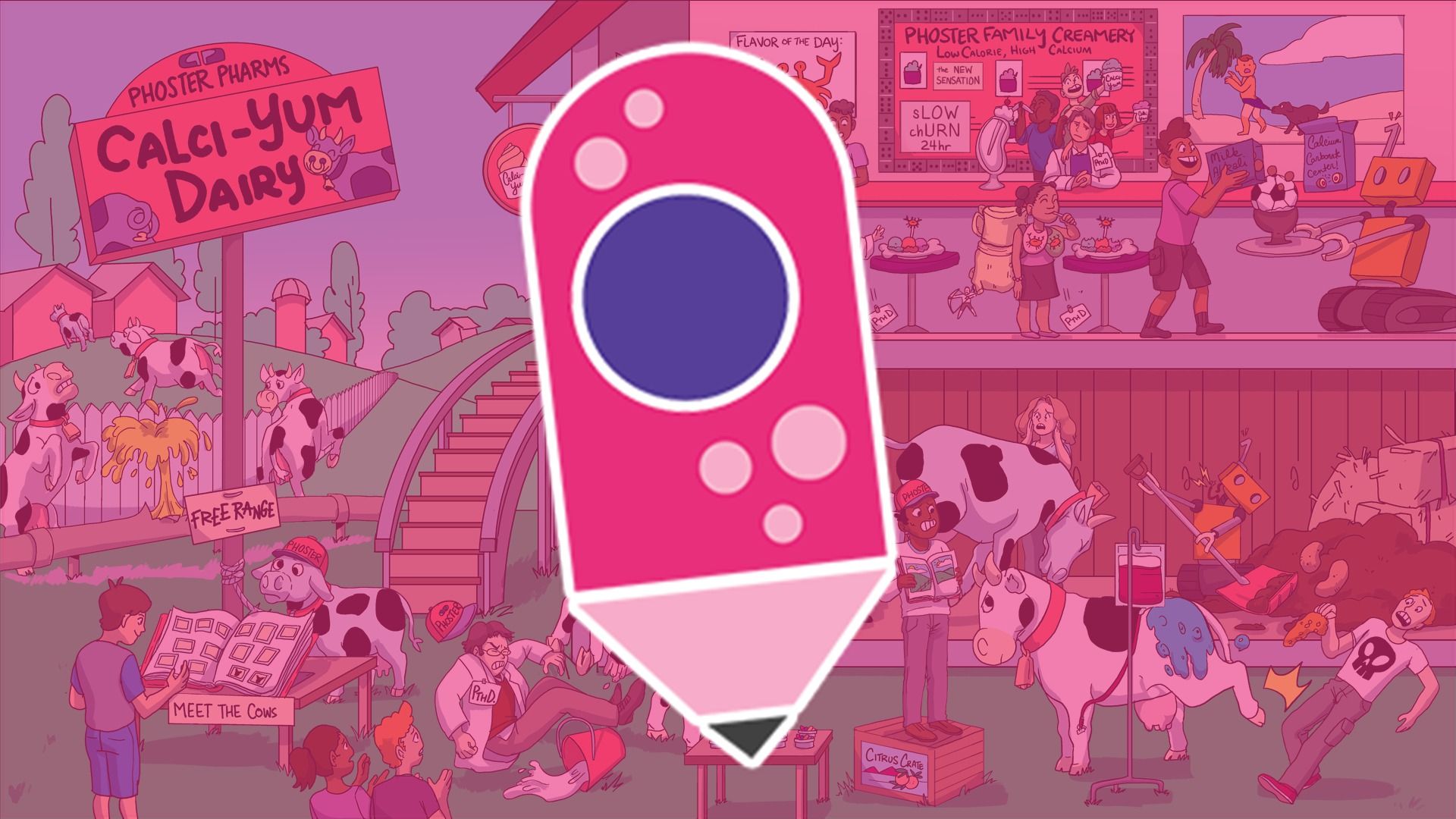 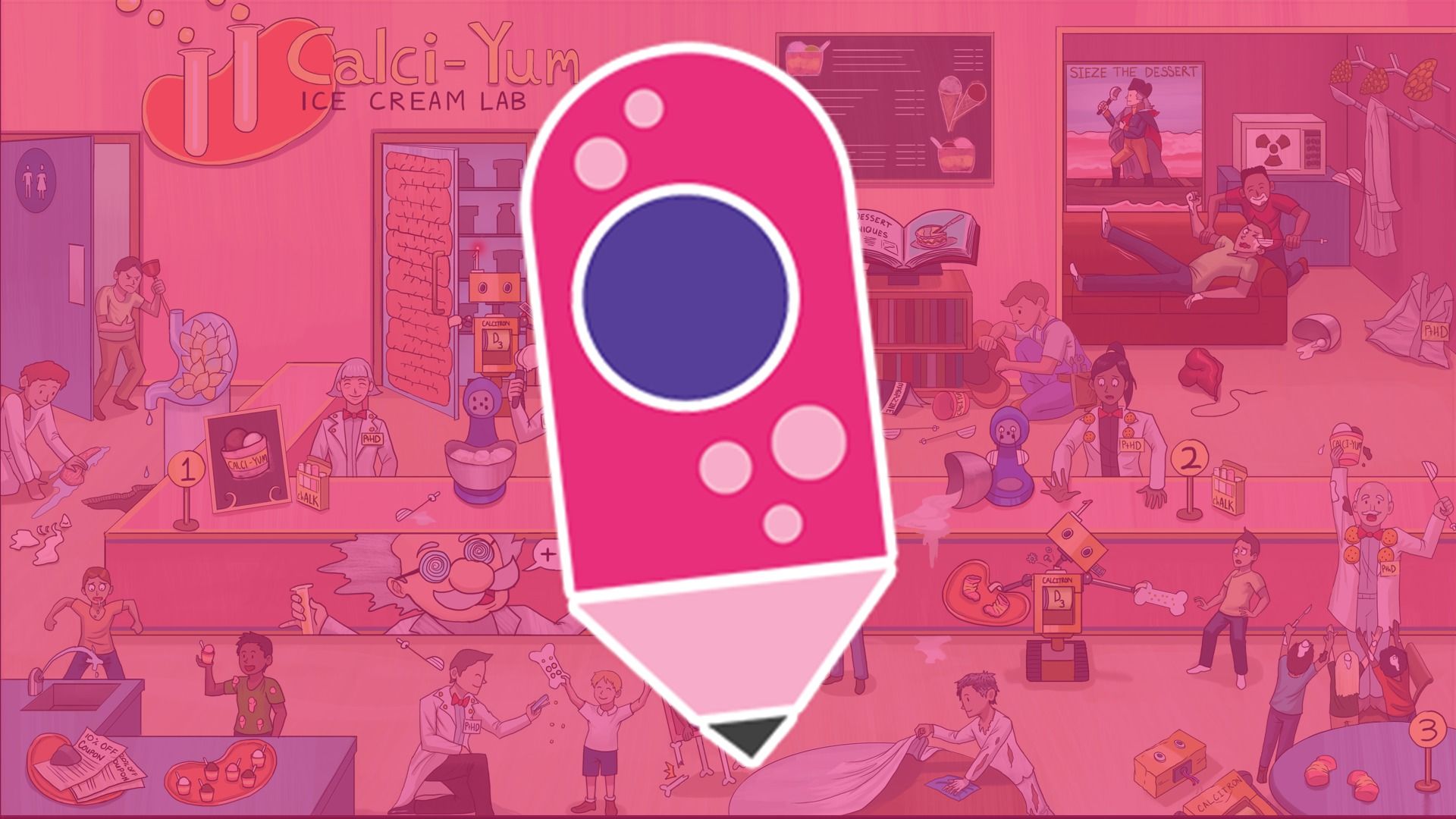 The parathyroid hormone gets the bones to release calcium, it gets the kidneys to reabsorb more calcium so it's not lost in the urine, and it synthesizes calcitriol, which is also known as 1,25-dihydroxycholecalciferol, or active vitamin D.

So there are three types of hyperparathyroidism - primary, secondary, and tertiary.

In primary hyperparathyroidism, the parathyroid gland is responsible for the problem, because it makes parathyroid hormone independently of the calcium level.

Excess parathyroid hormone stimulates osteoclasts to break down bone and makes the kidneys hold on to calcium and get rid of phosphate - resulting in hypercalcemia and hypophosphatemia.

It also causes hypercalciuria - excess loss of calcium in urine - which can lead to dehydration. This is because there is just too much calcium to be reabsorbed by the kidneys.

Most often, primary hyperparathyroidism is caused by a single parathyroid adenoma, or benign tumor, which happens either because of a genetic mutation in a single cell or because of an inherited disorder like multiple endocrine neoplasia, which affects the parathyroid, pancreas, and pituitary glands.

Rarely, primary hyperparathyroidism is caused by hyperplasia, where parathyroid cells divide excessively causing growth of the glands, or by a parathyroid carcinoma, a cancerous tumor.

In secondary hyperparathyroidism, the parathyroid gland is normal, but it makes excess parathyroid hormone in response to chronic hypocalcemia - a low level of calcium - from another cause.