A 60-year-old man comes to the physician office due decreased vision, progressive fatigue and swelling around the ankles for the past 4 weeks. Medical history is significant for myocardial infarction 2 years ago, diabetes mellitus type 2 and hypertension. Current medications include aspirin, captopril, metformin and lovastatin. Temperature is 36.4°C (97.5°F), pulse is 80/min, and blood pressure is 144/90 mmHg.  Physical examination shows 2+ edema around the ankles bilaterally. Fundoscopic examination reveals retinal arteriolar narrowing, arteriovenous nicking, and flame-shaped hemorrhages. Laboratories studies are shown:


Which of the following is likely responsible for this patient’s eye examination findings? 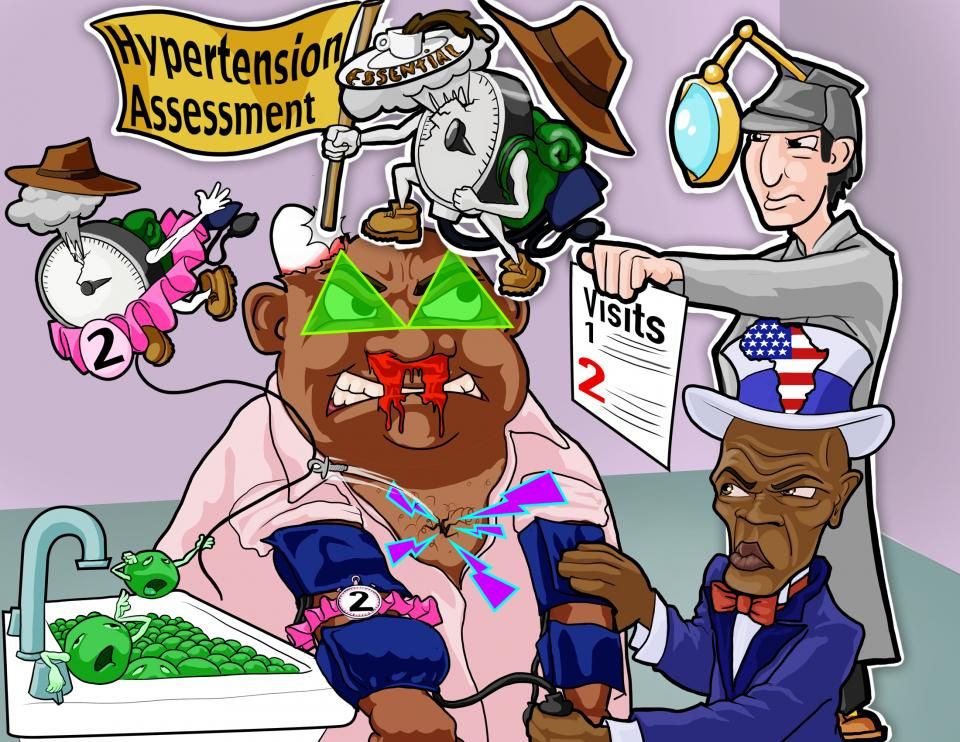 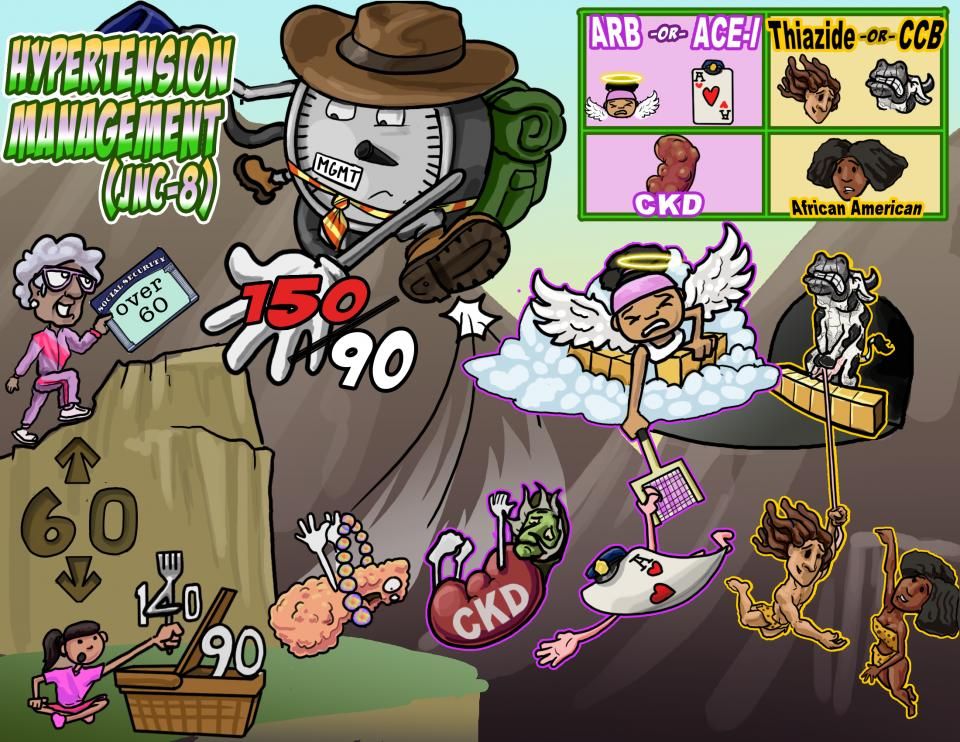 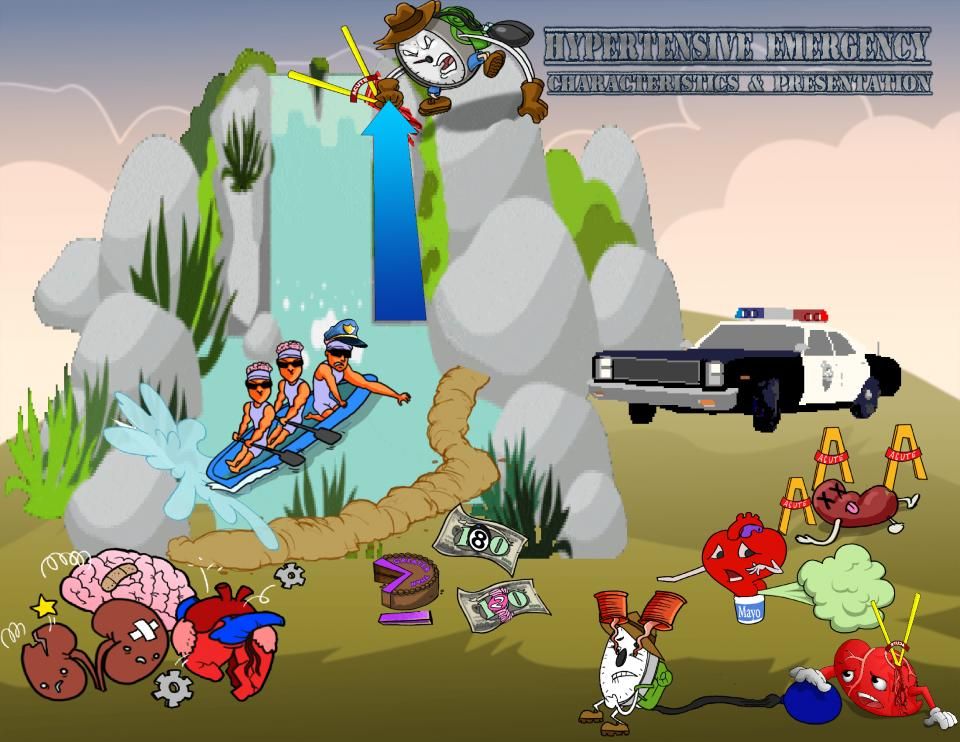 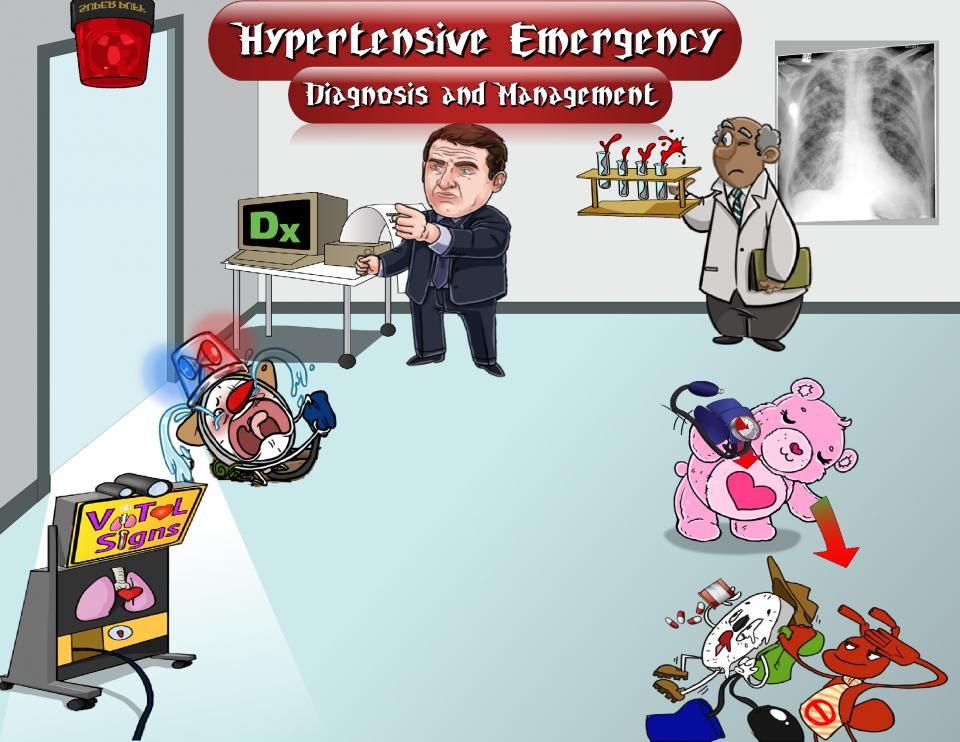 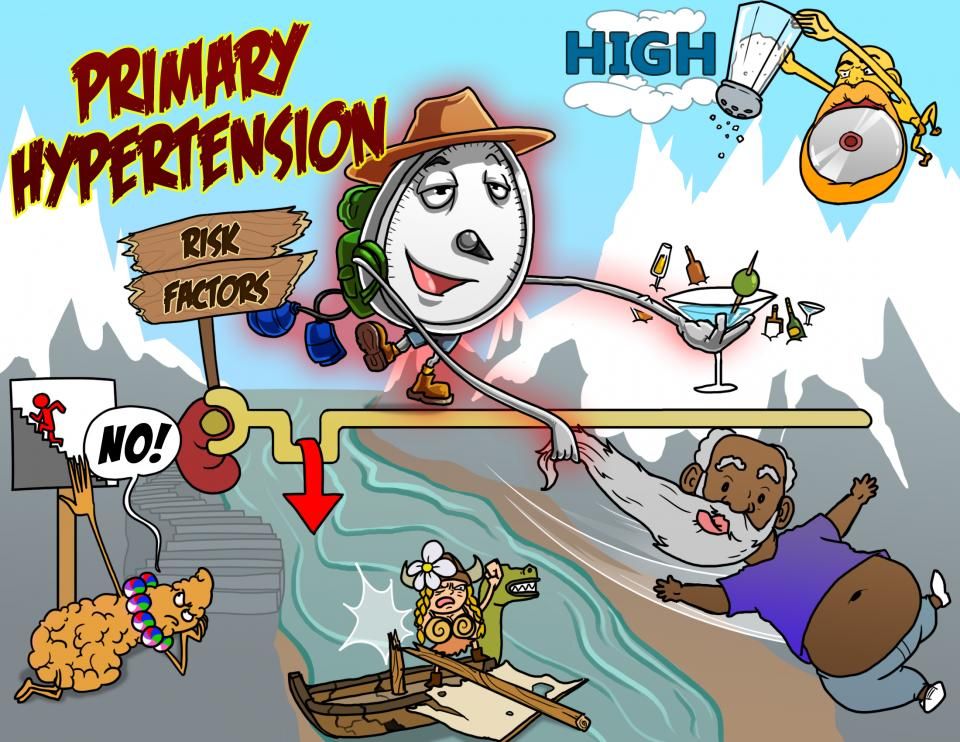 Anthony is a 40 year old male with a history of type 2 diabetes mellitus presenting to a family medicine clinic for his annual health check-up. His blood pressure measurement is 145 over 95 millimeters of mercury, and his BMI is 32. On further history, he explains that his job as a truck driver has prevented him from exercising regularly. His father had a history of hypertension and passed away from a stroke. A follow-up appointment showed a blood pressure of 150 over 90. Alicia is a 30 year old female who came in because she’s concerned that she might be pregnant. Her pregnancy test is negative, however, her blood pressure is 170 over 90. On her second appointment, her blood pressure remains elevated. She is placed on lisinopril. A couple of days later, she presents with decreased urine output, and an elevated blood urea nitrogen and creatinine. Finally, Vikander is a 62 year old-male with a history of hypertension. He complains of headache, altered mental status, and visual changes. On further history, he mentions he is “sick of all the medications he has to take”. Fundoscopic examination reveals a swollen optic disk, and his blood pressure is 200 over 120.

Okay, before diagnosing an individual with primary hypertension, the causes of secondary hypertension must be ruled out. Your exams will often try to clue you towards this by mentioning that the individuals were on multiple antihypertensives and they didn’t work, or by having a relatively young individual with hypertension. The best approach is to look at different organ systems, starting with the adrenal gland. Important causes include primary hyperaldosteronism, or Conn syndrome, Cushing syndrome and tumors like pheochromocytoma and neuroblastoma. Clues in the question stem will help you identify which one it is. Hypokalemia, metabolic alkalosis and an increase in the aldosterone-to-renin ratio indicate Conn syndrome. Abdominal striae, supraclavicular fat pads, truncal obesity, and hyperglycemia point towards Cushing syndrome. Paroxysmal hypertension, that is hypertension that comes and goes, associated with headaches, palpitations and sweating indicate a pheochromocytoma. Neuroblastomas are common in children, and present with an abdominal mass.

Next is the kidney. Renal artery stenosis, also called renovascular disease is usually caused by an atherosclerotic plaque occluding the renal artery, especially in 60 to 70 year old males. Less commonly, it can be caused by fibromuscular dysplasia, especially in 20 to 30 year old females. This classically causes the “string of beads” appearance of the renal artery. Regardless of the cause, renal artery stenosis decreases renal perfusion. This makes your body think it’s in a hypotensive state. So in response, the renin-angiotensin-aldosterone system, or RAAS, is activated, resulting in vasoconstriction and increased renal sodium and water reabsorption, and eventually hypertension. Decreased renal perfusion causes the affected kidney to shrink, and histologically, there will be glomerular tubulointerstitial atrophy and fibrosis.

Moving on, Coarctation of the aorta is also an important cause of hypertension, especially in children. And the mechanism is quite similar to renal artery stenosis, since renal perfusion is decreased, just that the obstruction is more proximal. Speaking of the aorta, aging causes the amount of elastin in the arterial wall to decrease, and the amount of collagen to increase, producing a stiff, non-compliant aorta. This manifests in elderly adults as isolated systolic hypertension, which means an elevated systolic blood pressure, but a normal diastolic.

Moving on, both hyperthyroidism and hypothyroidism can cause hypertension. Hyperthyroidism increases the cardiac output, causing an elevated systolic blood pressure. For some reason, hypothyroidism increases renal retention of sodium, and interestingly causes an isolated elevation of the diastolic blood pressure. The adjacent parathyroid glands are also potential suspects, because primary hyperparathyroidism causes hypercalcemia which increases vasoconstriction of the peripheral arterioles, resulting in an increased total peripheral vascular resistance.

Alright, if the person presents with hypertension, bradycardia and an irregular respiratory pattern, think of an increased intracranial pressure, which triggers a reflex that results in the Cushing’s triad. In pregnancy, it’s crucial to consider preeclampsia and eclampsia.

Finally, always be aware of what medications the individual is taking. Estrogen-containing oral contraceptives are common causes of hypertension, especially in young women. Estrogen works by increasing the synthesis of angiotensinogen in the liver, which is ultimately converted to angiotensin one and two. Cocaine is another potential drug that can cause hypertension by increasing sympathetic activity. Additionally, in people take monoamine-oxidase inhibitors, ingestion of tyramine-containing foods like cheese and wine may initiate an acute hypertension. Remember that sometimes the exam might not mention the medication but simply state that the person has a history of atypical or drug-resistant depression, which is an indication for MAOIs.

Alright, chronic hypertension can result in multiple complications affecting different organ systems. Let’s start with the heart. Hypertension increases the afterload, that is the resistance the heart has to pump against. In response, the left ventricle hypertrophies to overcome that resistance. Concentric hypertrophy increases the myocardial oxygen demand, which means the heart needs more coronary blood supply than usual. Also, concentric hypertrophy makes the heart stiff, which limits diastolic relaxation. This is why heart failure from hypertension is a diastolic heart failure, so the ejection fraction will actually be normal. Hypertension is also a risk factor for atherosclerosis, so there’s an increased risk of coronary artery disease, which is the most common cause of death from hypertension. Aortic dissection is another important complication, and hypertension is the most important risk factor contributing to it.