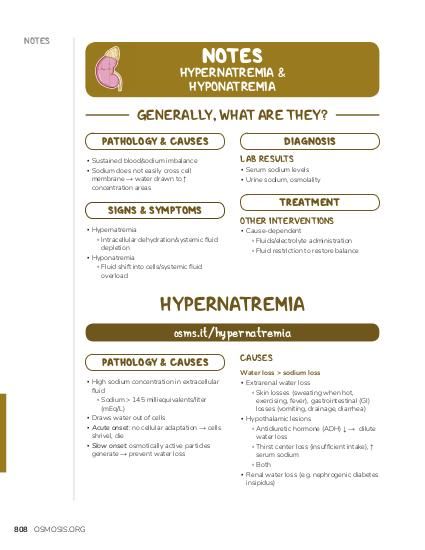 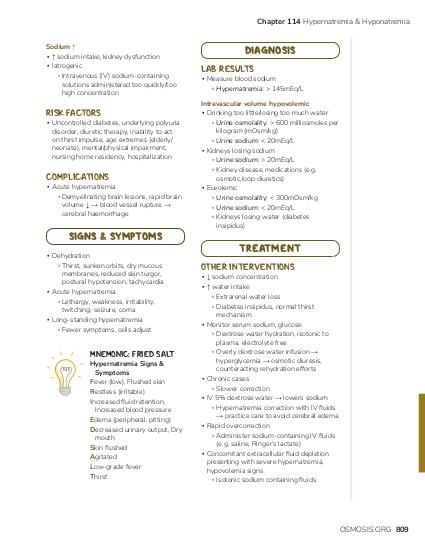 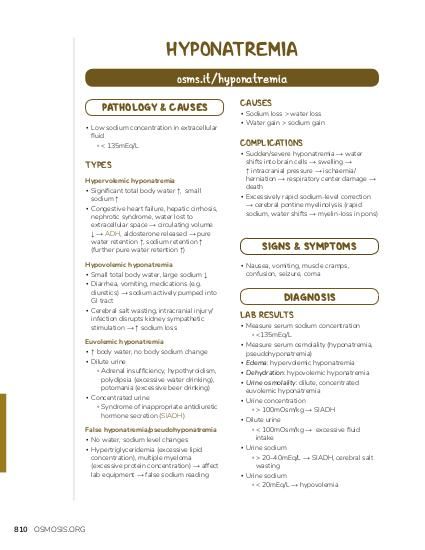 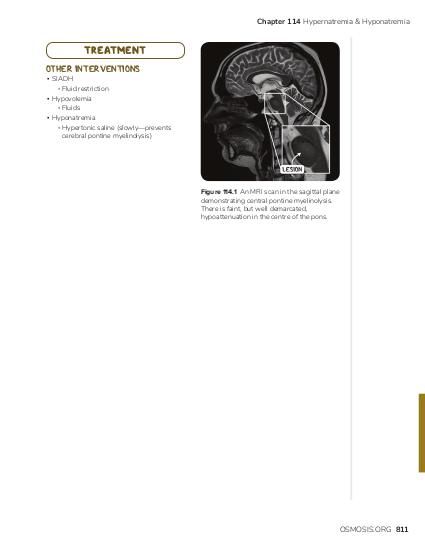 A 55-year-old woman comes to the emergency department because she ingested 20 pills of zolpidem half an hour ago. On the way to the hospital, she vomited the contents of her stomach. She has a history of psychotic depression. Her temperature is 37.1°C (98.8°F), pulse is 84/minutes, and respirations 18/minute, blood pressure is 150/110 mm Hg. The patient is exhibits rapid speech with loose associations. While awaiting admission, the patient is frequently seen in the bathroom or by the water fountain. She complains of nausea and dehydration. Over 14 hours, the patient begins breathing rapidly and becomes unresponsive to verbal commands. She develops bilateral decerebrate posturing and goes into respiratory arrest. Her laboratory values are as follows:
Na+ 111 mmol/L
K+ 2.6 mmol/L
Cl- 73 mmol/L
BUN 7 mg/dL
Glucose 96 mg/dL
Urine studies:
Urine osmolality: 40 mOsm/kg
Na+ 7 mEq/L
K+ 53 mEq/L
Cl- 3 mEq/L
Specific gravity 1.002
Which of the following is the most likely cause for this patient's condition? 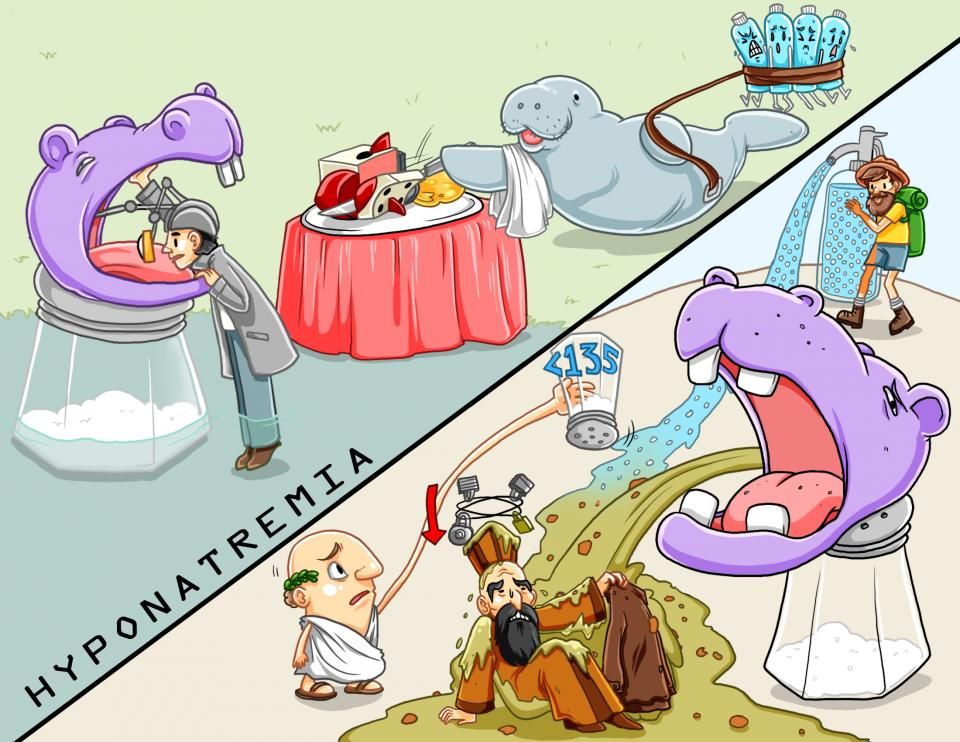 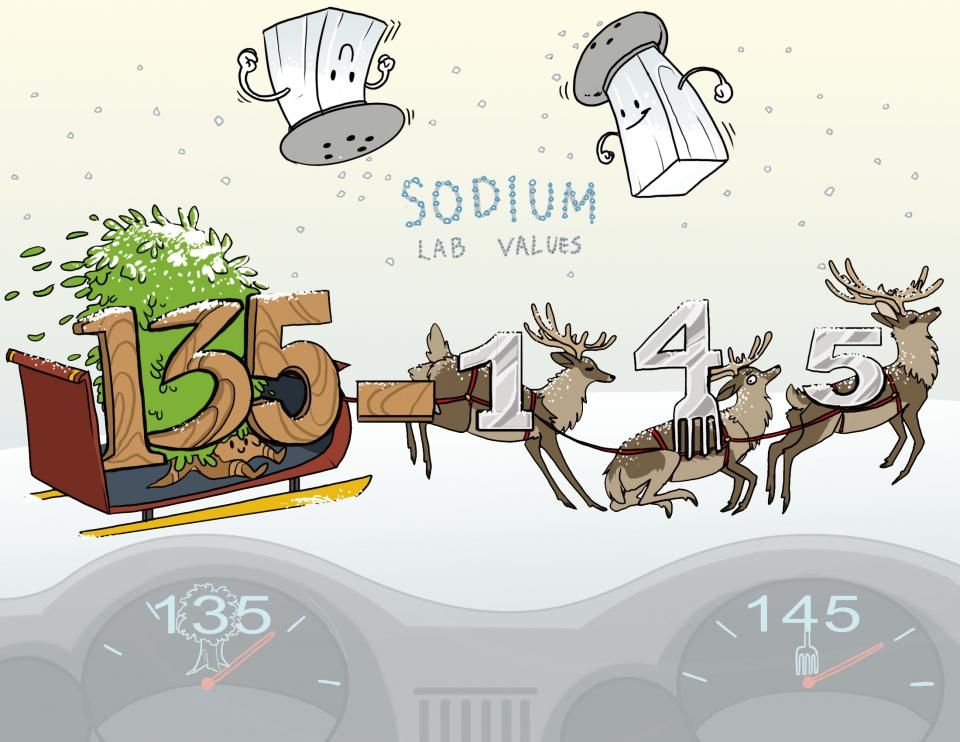 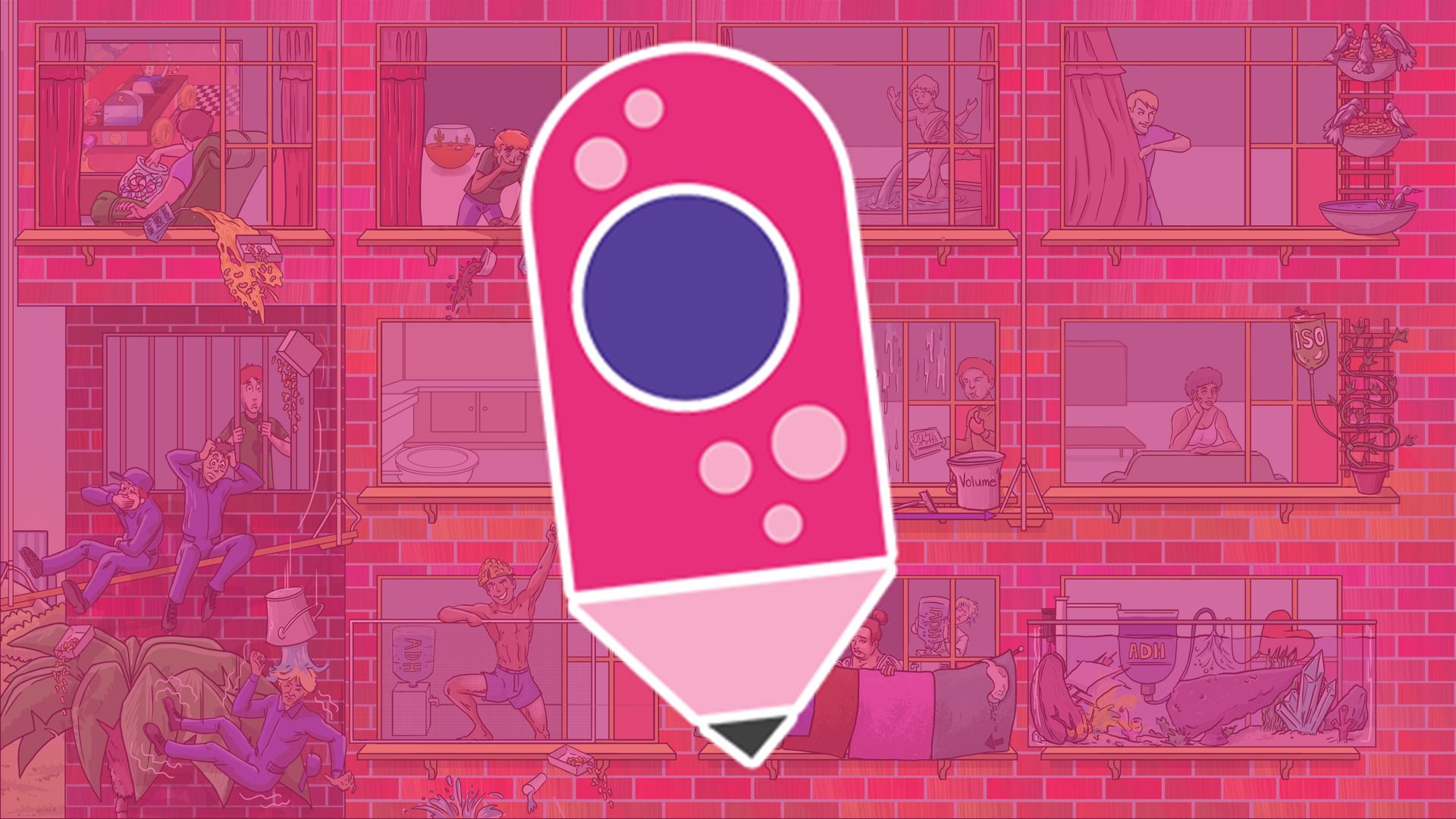 With hyponatremia, hypo- means under or low, and -natrium is latin for sodium, often written as Na plus, and -emia refers to the blood, so hyponatremia means a lower than normal concentration of sodium in the blood, generally below 135 mEq/L.

Normally, the two compartments have the same osmolarity -- total solute concentration -- and that allows water to move freely between the two spaces.

But the exact composition of solutes differs quite a bit.

Of all of these, sodium is the ion the moves back and forth across cell membranes, and subtle changes in sodium concentration tilts the osmolarity balance in one direction or another and that moves water.

This is why we say “wherever salt goes, water flows”.

That being said, hyponatremia, or low concentration of sodium in the extracellular fluid and therefore the blood, can be caused by either losing more sodium than water, or gaining more water than sodium.

Broadly speaking, hyponatremia can be divided into three categories based on water volume status.

Typically this is seen in conditions like congestive heart failure, cirrhosis, or nephrotic syndrome where a lot of fluid leaks out of the blood vessels and into the interstitial space, causing edema especially in the ankles.

Even though there’s more water overall, there’s a decrease in the effective circulating volume, the amount of blood flowing in the body.

This can occur in conditions like diarrhea or vomiting, where the cells lining the gastrointestinal tract actually pump sodium ions into the digestive juices, but then those ions don’t get reabsorbed because the undigested food and the digestive juices are tossed out of the body.

It can also develop in response to using certain medications like diuretics where sodium ions are pumped into the renal tubule and lost in the urine.

Another more nuanced condition is cerebral salt wasting which is when an intracranial injury like meningitis disrupts the normal sympathetic nervous system stimulation of the kidneys leading to disproportionate loss of sodium.

A third category is euvolemic hyponatremia, or normal volume hypovolemia, which is where there’s a normal body sodium with an increase in total body water, even though that’s contrary to the name.

The reason that it’s given that name is that you don’t have fluid pouring into the interstitial space, and therefore there’s no edema.

So no clinical signs of hypervolemia.

Cases that cause dilute urine include adrenal insufficiency, and drinking too much water called polydipsia or beer which is called potomania.

Basically the body has a lot of water and the kidneys are trying to get rid of it as best they can.