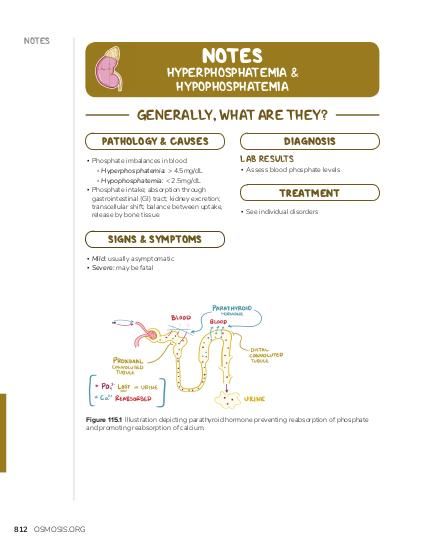 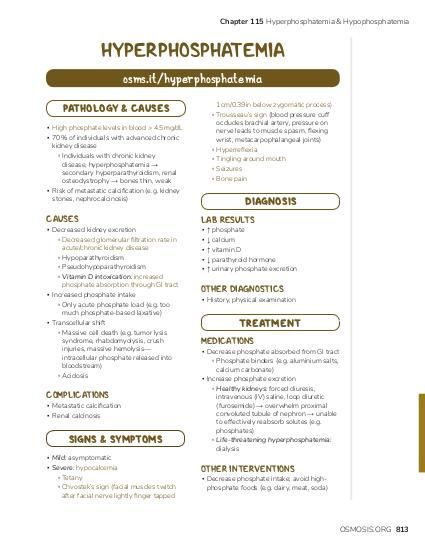 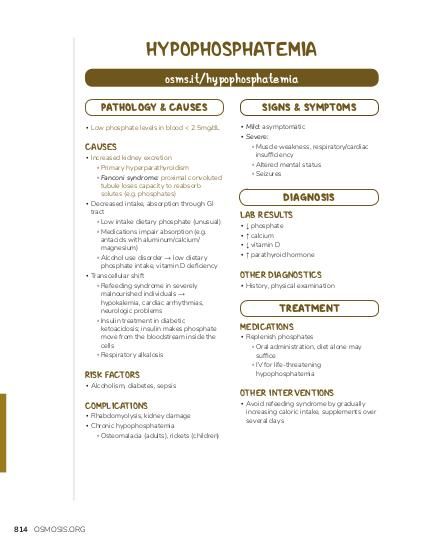 A 17-year-old girl with a BMI of 14.5 kg/m2 is admitted to the hospital for treatment of anorexia nervosa. She is given intravenous fluids and fed 1600 calories per day with an increase of 200 calories each day. On her fifth day of treatment, she is noted to have weakness, confusion, and dark brown urine. Which of the following clinical conditions is the most likely cause of the patient’s symptoms? 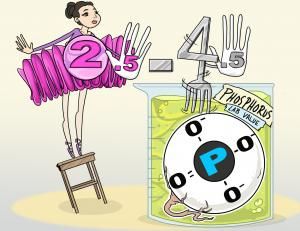 Hypo- means under, phosphat- refers to phosphate, and -emia refers to the blood, so hypophosphatemia means having a low phosphate level in the blood, typically below 2.5mg/dL.

Phosphate is made up of one central phosphorus atom surrounded by four oxygen atoms in a tetrahedral arrangement, like a mini pyramid, and has a charge of minus 3 and is written PO43-.

Of the remaining phosphate, a tiny amount is extracellular, or outside cells like in the blood, so this is the bit that gets measured, and the majority is intracellular, or inside cells, where it does all sorts of things.

It’s part of the DNA and RNA backbone that links individual nucleotides together, and is also part of cellular signaling molecules like cyclic-adenosine monophosphate or cAMP.

As soon as the positively-charged calcium and negatively-charged phosphate are released from the bones, they grab onto each other again like a pair of star-crossed lovers, meaning that the ionized calcium level doesn’t really go up very much at all.

Now, these two make their way to the nephron of the kidney, and at this point in the proximal convoluted tubule, phosphate usually gets reabsorbed back into the blood via sodium-phosphate cotransporters.

It turns out, though, that parathyroid hormone also shuts this down.

This means that phosphate is left in the lumen and eventually gets sent out in the urine.

Now, that calcium’s still in the lumen, though, but parathyroid hormone also affects the distal convoluted tubule and increases calcium reabsorption.

With all of this in mind, hypophosphatemia can develop a few different ways.

The first possibility is by having excess losses of phosphate.

This can result in conditions like primary hyperparathyroidism which result in too much parathyroid hormone, which leads to excess phosphate being excreted in the urine.

Another example is Fanconi syndrome, which is where the proximal convoluted tubule essentially loses its capacity to reabsorb a variety of solutes - including phosphate - once again letting it get excreted in the urine.

Another possibility is not absorbing enough through the gastrointestinal tract, because usually phosphate ions are absorbed in the GI tract, but some substances like alcohol or a medication can impair that phosphate absorption, which means it gets excreted.

This includes antacids that contain aluminum, calcium, or magnesium, all of which are positive ions that can bind with the negatively charged phosphate and block absorption.

Alternatively, a person may simply not be getting enough phosphate in the diet, although this is unusual because it’s found in nearly all foods.