A 38-year-old woman comes to the emergency department because of a severe headache, vomiting, and lethargy for the past few hours. She has had increasingly worse "tunnel-vision" for the past few months. She has also had fatigue, constipation, dehydration, and a stoppage of her menstrual periods. Her temperature is 37.0°C (98.6°F), pulse is 58/min, respirations are 8/min, and blood pressure is 92/64 mm Hg. Physical examination shows a lethargic female complaining of severe pain. Laboratory studies show hypernatremia and hypoglycemia. Head magnetic resonance imaging is shown below. Which of the following is the most likely diagnosis? 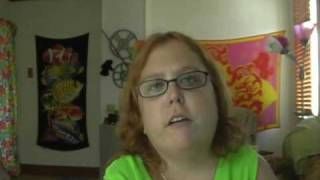 With hypopituitarism, “hypo” means under and “pituitarism” refers to the pituitary gland which normally secretes various endocrine hormones.

So hypopituitarism is the underproduction of hormones released by the pituitary gland, and the symptoms depend on which hormones are actually undersecreted.

If all of the pituitary hormones are affected, it’s called panhypopituitarism.

The pituitary is a pea-sized gland, hanging by a stalk from the base of the brain.

It sits just behind the eyes near the optic chiasm, which is where the optic nerves cross and the gland rests in a very small depression of the skull known as the sella turcica.

The pituitary gland produces and secretes hormones when it receives signals from another part of the brain called the hypothalamus.

Together, they form the hypothalamic-pituitary axis which regulates the release of all the major endocrine hormones.

The posterior pituitary also produces oxytocin which is responsible for uterine contractions during labor and milk letdown during breastfeeding.

Hypopituitarism can be the result of compression, tissue ischemia or infarction, and iatrogenic or medically-induced injuries. Let's start with compression.

Because the pituitary exists within the very confined space of the sella turcica, it’s very sensitive to changes in that space. Even the slightest bit of compression can interfere with the pituitary’s hormone production.

In adults, the most common cause of compression is a pituitary tumor or adenoma, and in children, the tumor is usually a craniopharyngioma.

Craniopharyngiomas are pituitary tumors that develop from the cells of Rathke’s pouch, a structure that normally develops into the anterior pituitary gland during fetal development.

In addition to solid tissue compressing the pituitary gland, liquid like cerebrospinal fluid can also have the same effect.

In empty sella syndrome, for example, the sella becomes filled with cerebrospinal fluid and it can make the pituitary shrink or flatten and ultimately become nonfunctional.

Hypopituitarism can also be due to pituitary apoplexy, which is a disorder where there is either severe bleeding such as a hemorrhage, or a loss of blood flow to the pituitary gland, known as infarction. The more common way is a hemorrhage.

The hemorrhage is usually caused by a pituitary adenoma, which is a benign tumor of the anterior pituitary gland.