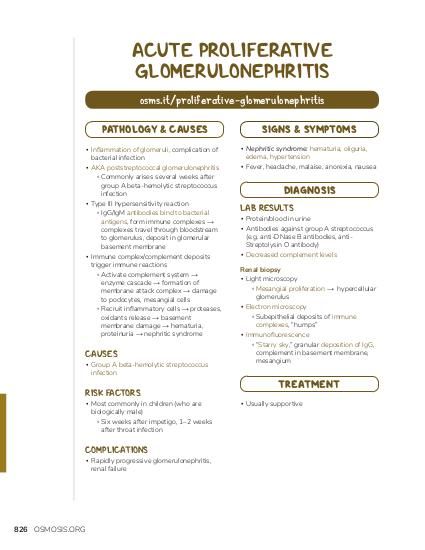 A 28-year-old man presents to his family doctor because he has had cola-colored urine for the past six hours. He denies associated dysuria or abdominal pain. The patient has been also suffering from a sore throat and nasal congestion for one day. He has no past medical history of note. On examination temperature is 37.5°C (99°F); pulse is 72/min; respirations are 14/min, and blood pressure is 134/86 mm Hg. Urine microscopy demonstrates dysmorphic red blood cells (RBC) and RBC casts. The result of a 24-hour urine collection is 2.8 g/24 h. Which of the following parts of the nephron is most likely to be abnormal? 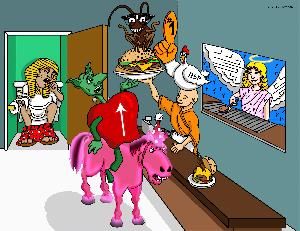 IgA is a class of immunoglobulin, or antibody, and nephropathy means kidney disease.

IgA nephropathy, sometimes known as Berger disease, is the most common form of nephropathy worldwide, and it happens when an abnormal IgA forms and deposits in the kidneys, causing kidney damage.

IgA is the main antibody found in breast milk, tears, saliva, and the mucosal secretions of respiratory tract, gastrointestinal tract, and the genitourinary tract.

Unlike other antibodies, IgA can be secreted out in pairs or a dimeric form called secretory IgA, which is literally two IgA antibodies attached together.

By being bound together, it helps both antibodies avoid degradation by proteolytic enzymes in harsh environments like the gut.

Now, IgA comes in subclasses—IgA1 and IgA2, IgA1 is found mainly in the serum while IgA2 is more often found in the mucus secretions, typically in its dimeric form.

Now, the hinge region of the IgA1 heavy chain—the part that gives the antibody a bit of flexibility to bind multiple antigens without being torn apart—is made up of a string of amino acids.

Among these are serine and threonine residues which are O-linked glycosylated, meaning they have a sugar molecule, specifically galactose, attached to their oxygen.

Now these glycosylated IgA1 antibodies are identified by the body and degraded when too much of it accumulates.

In IgA nephropathy, though, there is abnormal glycosylation of these serine and threonine residues, causing them to be galactose-deficient.

These galactose-deficient IgA1s are not identified by the body, and therefore not degraded, allowing them to simply accumulate in the body.

In addition, it’s thought that these galactose-deficient IgA1 antibodies are different enough from normal IgA1 antibodies that the body no longer recognizes them as self.

In response, the body generates IgG antibodies that target the abnormally glycosylated residues. And these are known as anti-glycan IgG antibodies.

When these anti-glycan IgG antibodies bind to abnormal IgA1, immune complexes are formed.

These immune complexes can travel through the bloodstream where they get trapped at sites of filtration, like the kidney.

IgA nephropathy is therefore a type III hypersensitivity disorder, meaning that pathology and inflammation will happen at the site the immune complexes deposit, not where they are formed.