A 36-year-old woman comes to the clinic for a routine check up. She feels well but reports that she has noticed that she is bruising more easily. Medical history is noncontributory. She takes a multivitamin daily. Skin examination shows scattered petechiae on all extremities. Laboratory analysis shows  leukocyte count: 9,000/mm3, hemoglobin: 12.0 g/dL, platelet count: 75,000/mm3, prothrombin time: 14 seconds, INR: 1.0. A peripheral blood smear is obtained and is shown below. Which of the following treatments should be prescribed for this patient at this time? 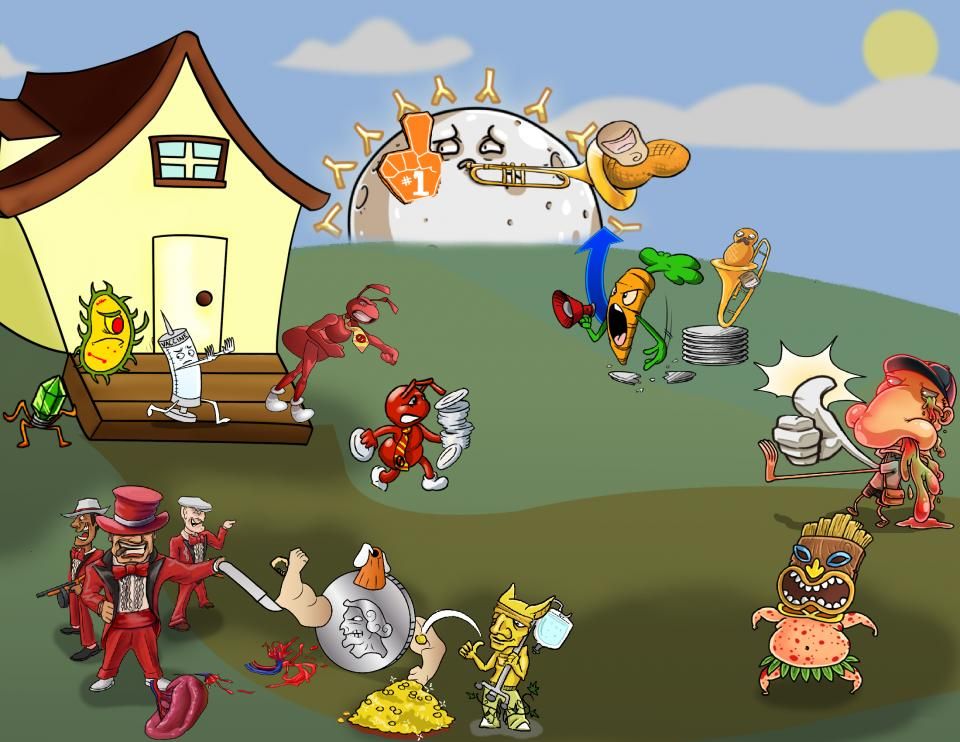 Immune thrombocytopenic purpura or ITP is an autoimmune condition in which the body produces antibodies against its own thrombocytes or platelets, which are destroyed. And this result in purpura, or small bleeding spots beneath the skin.

Normally, when there’s any kind of damage to the blood vessel, hemostasis occurs, which is the process that stops the bleeding and plugs the damaged vessel to limit the blood loss.

And there are two steps: primary and secondary hemostasis. During primary hemostasis, platelets aggregate to form a plug at the site of an injured blood vessel.

Platelet aggregation is mediated by surface proteins found on platelets, called GP2B3A receptors. While these platelets are aggregating, secondary hemostasis kicks in.

Secondary hemostasis is also called coagulation, because that’s when clotting factors come into play one after another, with a view to cleaving fibrinogen into fibrin.

Then, fibrin forms a protein mesh, kinda like a giant net that covers the platelet plug and stabilizes it.

Now, in ITP, the spleen produces certain IgG autoantibodies which bind to the platelet receptor Gp2B3A, and target the platelet-antibody complexes for destruction in the spleen.

This leads to lowering of platelet counts in the blood, which makes it harder for bleeding to stop. Now, ITP can be acute or chronic.

Acute ITP usually affects children, a couple of weeks after a viral infection, and resolves spontaneously within two months.

Chronic ITP usually affect females of reproductive age, and persist more than six months. Chronic ITP can also be primary, when it occurs without an underlying trigger, or secondary, when it’s triggered by another condition like hepatitis C, HIV, or lupus.

Most of the time, ITP is asymptomatic. In some cases, it can cause purpura, which are red or purple spots on the skin, measuring 0.3 to 1 cm in diameter.

In severe cases of ITP, when platelet levels get very low, there may be frequent mucosal bleeding, which most commonly presents as epistaxis, meaning nose bleeds.