A 20-year-old woman presents to her primary care physician’s office for evaluation of a rash under her breasts. She first noticed the rash two days ago while bathing. The patient reports recurrent rashes of similar appearance affecting her face and limbs since the age of two. She was recently treated for oral thrush at a local clinic. Past medical history is significant for hypothyroidism managed with levothyroxine. Family history is significant for a brother who experienced similar cutaneous symptoms and died of fulminant hepatitis at the age of six. She does not use tobacco, alcohol, or illicit drugs. Vitals are within normal limits. Physical examination demonstrates red-brown, beefy, homogenous patches under the breasts and massive erythematous-desquamating dermatosis involving the face, limbs and nails. Genital examination shows multiple labial fissures. Intraepidermal injection of Candida antigens yields no reactogenicity. Which of the following is the most likely diagnosis? 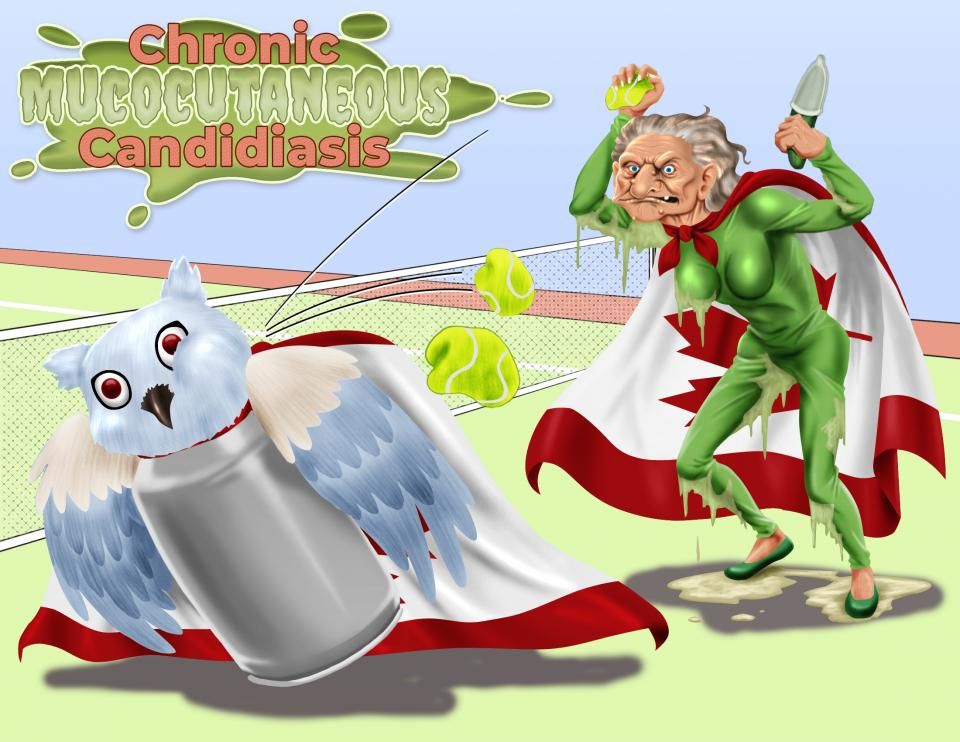 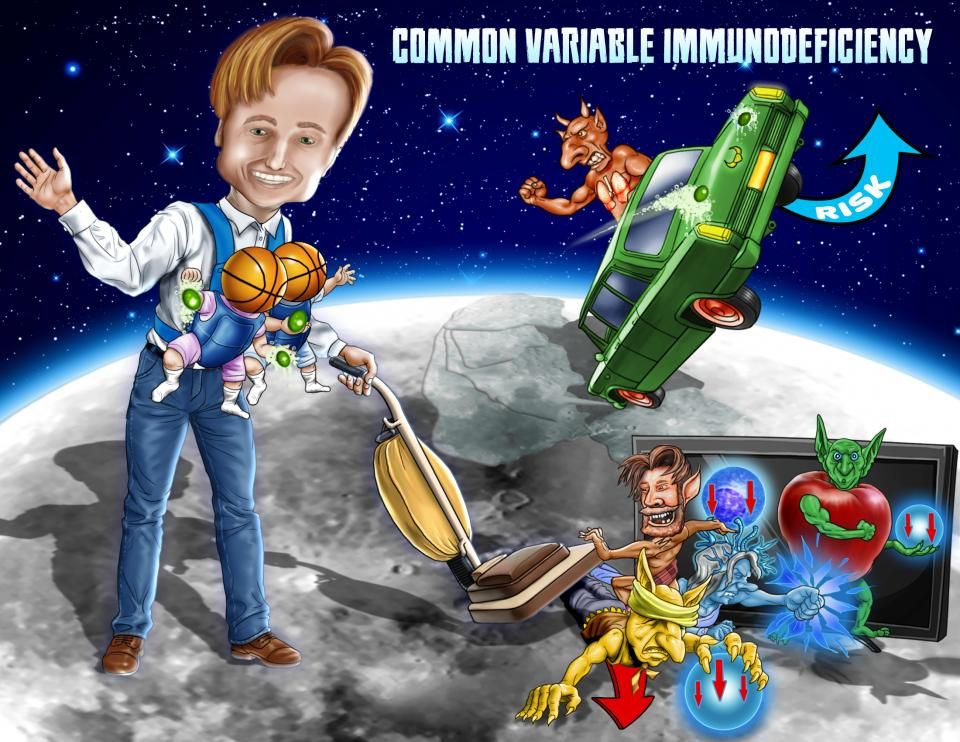 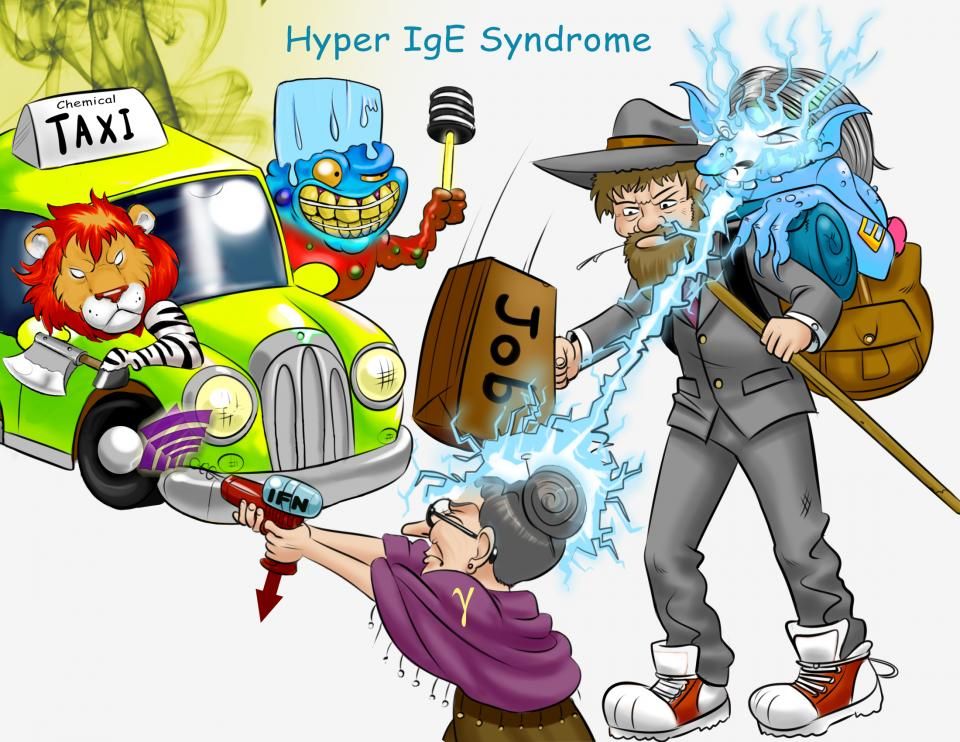 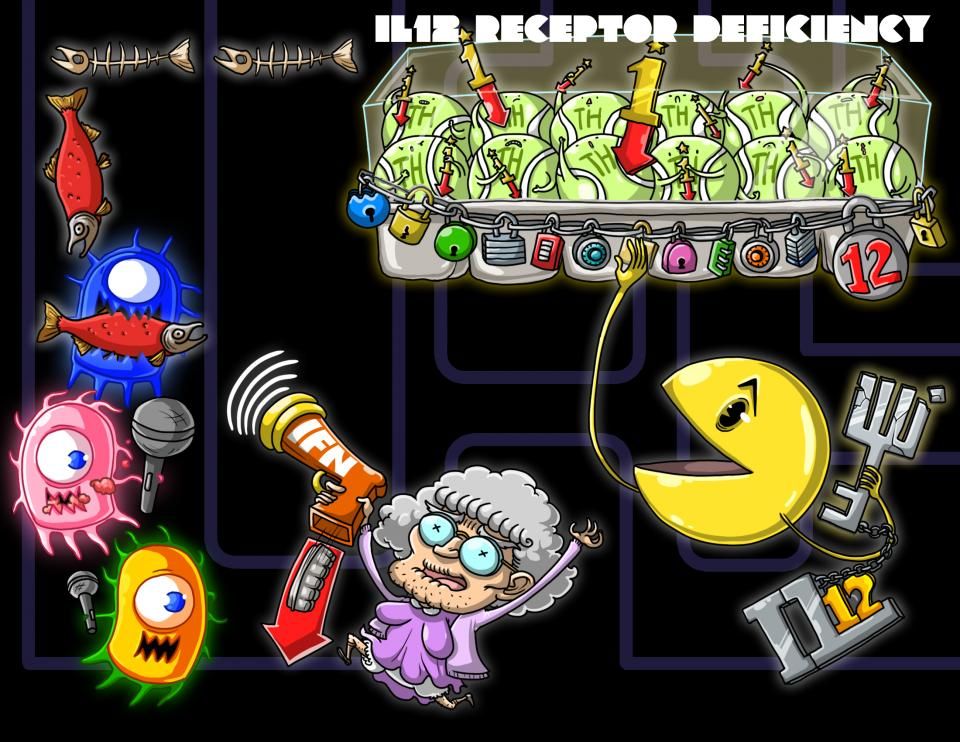 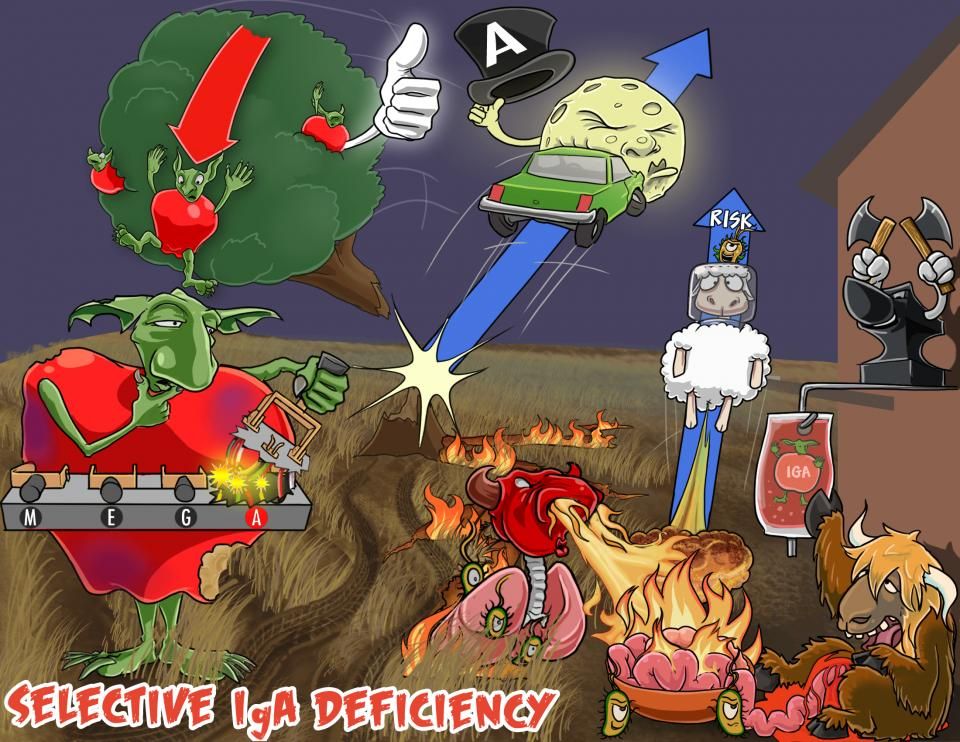 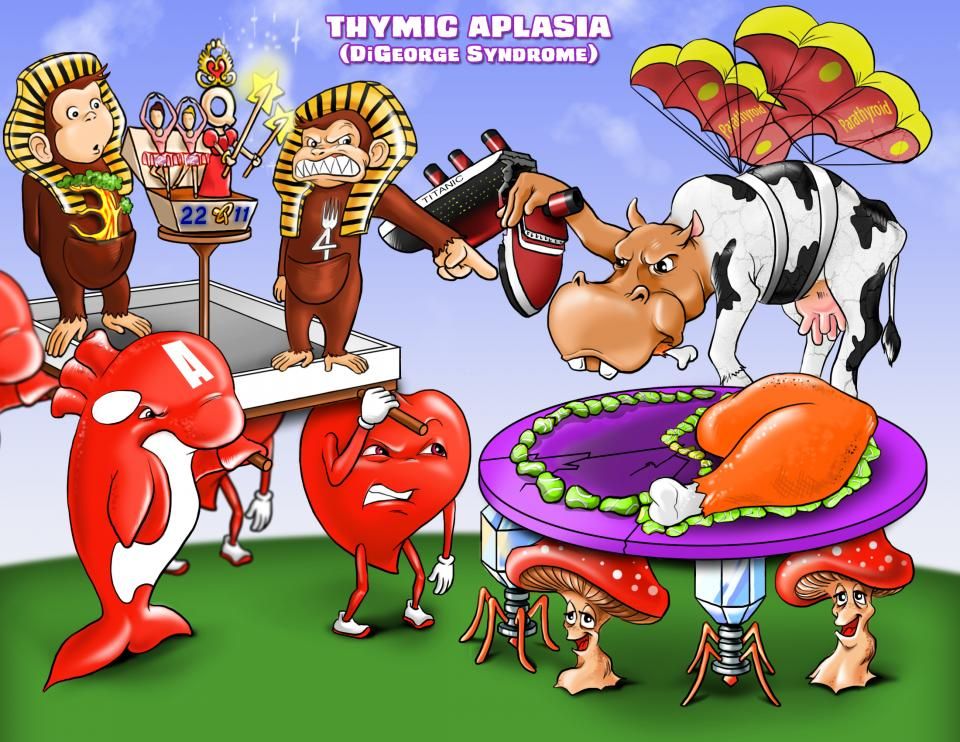 Gaia, a 6 year old girl, is brought to the clinic by her parents because she’s been having diarrhea and abdominal cramps for the past few weeks.

When you ask about her clinical history, her parents tell you that Gaia was diagnosed with celiac disease a few years back; however, they point out that she's stopped consuming any food products that may contain gluten altogether.

You decide to first run stool tests, which reveal the presence of the parasite giardia lamblia.

In addition, Gaia’s parents tell you that she has a history of asthma and allergic rhinitis, so you also order an immunoglobulin test, which shows low IgA and increased IgE levels in her blood.

Next comes Joe, a 10 year old boy that’s brought to the clinic because he fell and broke his arm.

Upon physical examination, you notice a red, weeping rash on his scalp.

You also notice that there’s a skin abscess on his leg that lacks any surrounding warmth and redness.

Joe’s parents tell you that he develops abscesses like that all the time.

You order an immunoglobulin test for Joe too, which reveals increased IgE but normal IgA levels.

Immunodeficiencies can be classified according to the cell of the immune system that is defective, into B cell and T cell disorders, which respectively lead to a deficiency in humoral or antibody-mediated and cell-mediated immune responses.

Let’s begin with B cell disorders, starting with Bruton or X-linked agammaglobulinemia, or XLA for short.

This is caused by a mutation in the BTK gene, which is found on the X chromosome.

XLA is an X-linked recessive condition, so it almost exclusively manifests in biological males because they have only one X chromosome.

On the other hand, biological females have two X chromosomes, so even if they have a defective BTK gene on one chromosome, they still have another functional one.

Now, the BTK gene codes for an enzyme called Bruton’s tyrosine kinase or BTK, which has an important role in the maturation process of the B cells at the bone marrow.

Normally, once B cells are mature and ready, they can migrate from the bone marrow to the spleen, where they’re exposed to antigens, and finally move into the blood or lymph and become an antibody-secreting plasma cell.

With XLA, though, there’s a mutation in the BTK gene that makes the BTK enzyme ineffective.

As a result, the B cell maturation process stops at the bone marrow, so these B cells can't leave it to become plasma cells.

Ultimately, people with XLA completely lack or have far fewer circulating B cells, so they also lack circulating antibodies of all classes.

The end result is a deficiency of B cell and antibody-mediated immunity.

Symptoms of XLA are typically absent until after 6 months of age, which is when they run out of the mother’s supply of immunoglobulins that they received through the placenta during pregnancy.

And that’s a very high yield concept to keep in mind!

For your exams, remember that these infections are typically caused by encapsulated bacteria, so Streptococcus pneumoniae, Neisseria meningitidis, Klebsiella, Haemophilus influenzae, and Pseudomonas aeruginosa.

Less commonly, children with XLA may also get viral infections, especially from enteroviruses like polio and coxsackievirus, as well as protozoal infections from intestinal parasites like giardia lamblia.

Having said that, it’s important to remember that T-cell mediated immunity remains intact, and some viral, fungal, and protozoal infections can still be cleared.

Another high yield fact is that these individuals must avoid live attenuated vaccines, like the live polio vaccine, because the lack of antibodies makes even certain weakened pathogens tough to destroy.

Diagnosis typically begins with a physical examination, where lymph nodes and tonsils are diminished in size.

For your exams, remember that this is known as lymphoid hypoplasia, and is due to the lack of primary follicles and germinal centers, which are normally the B cell compartments in healthy lymphoid tissues.

The next step for diagnosis involves blood tests revealing the complete absence of B cells, as well as decreased levels of all immunoglobulin classes.

Finally, diagnosis can be confirmed through genetic tests looking for the mutated BTK gene.