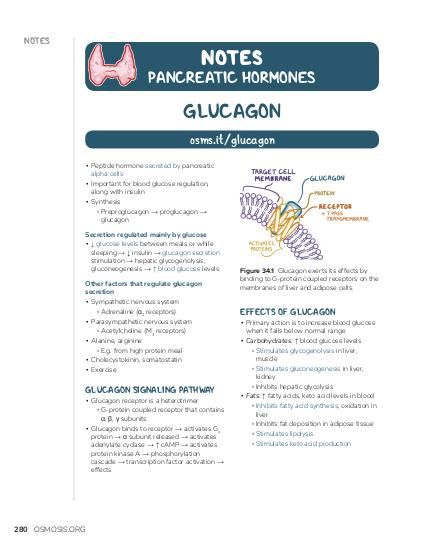 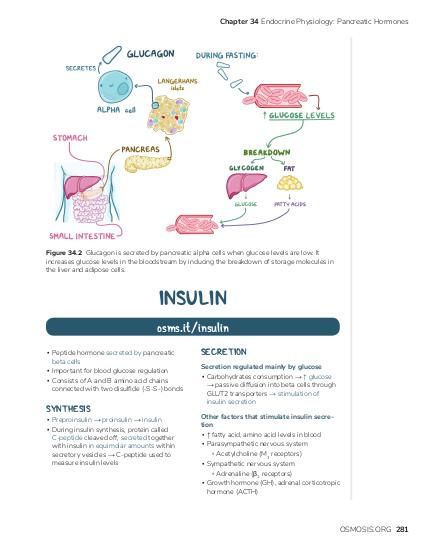 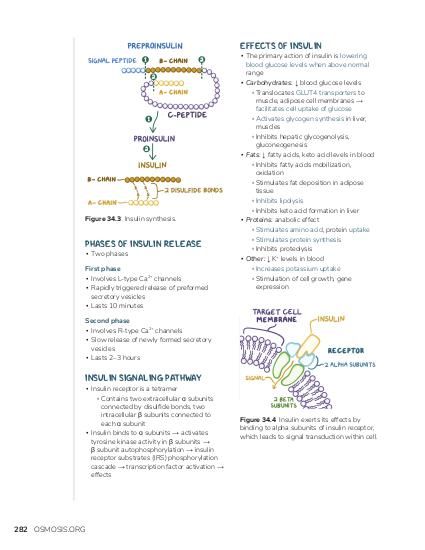 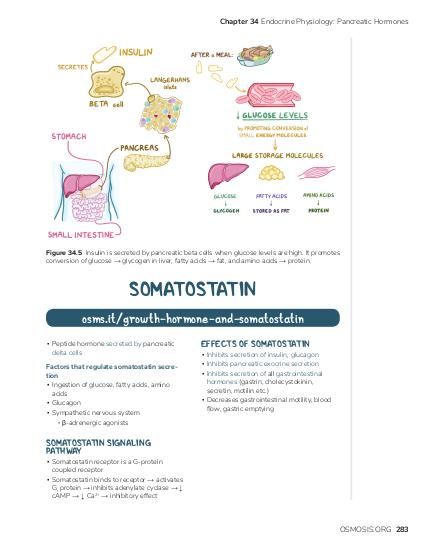 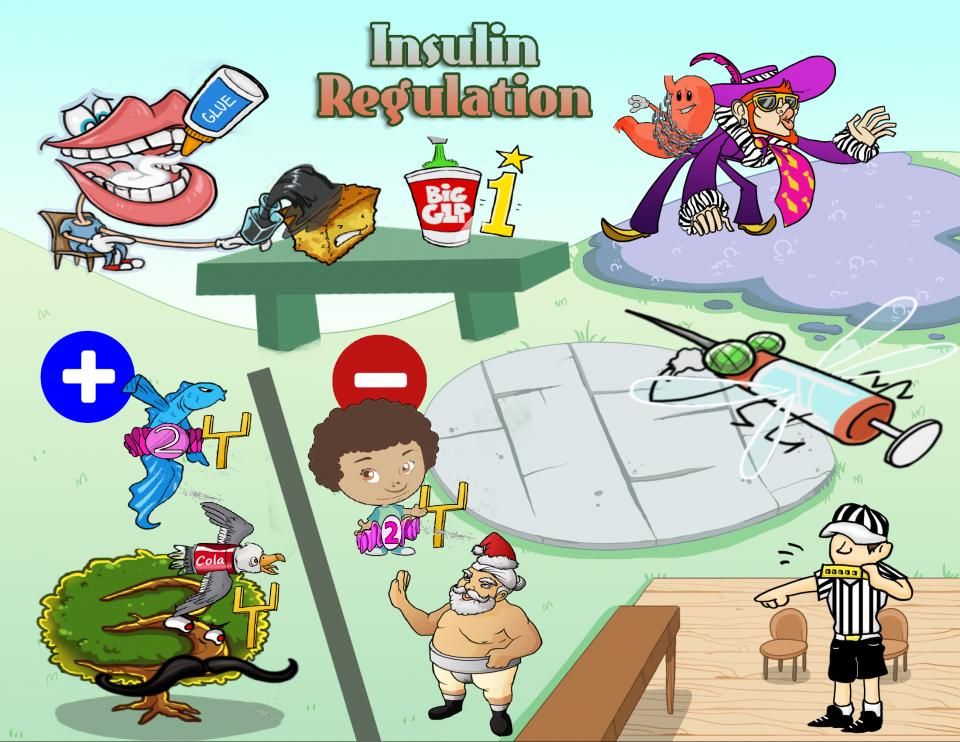 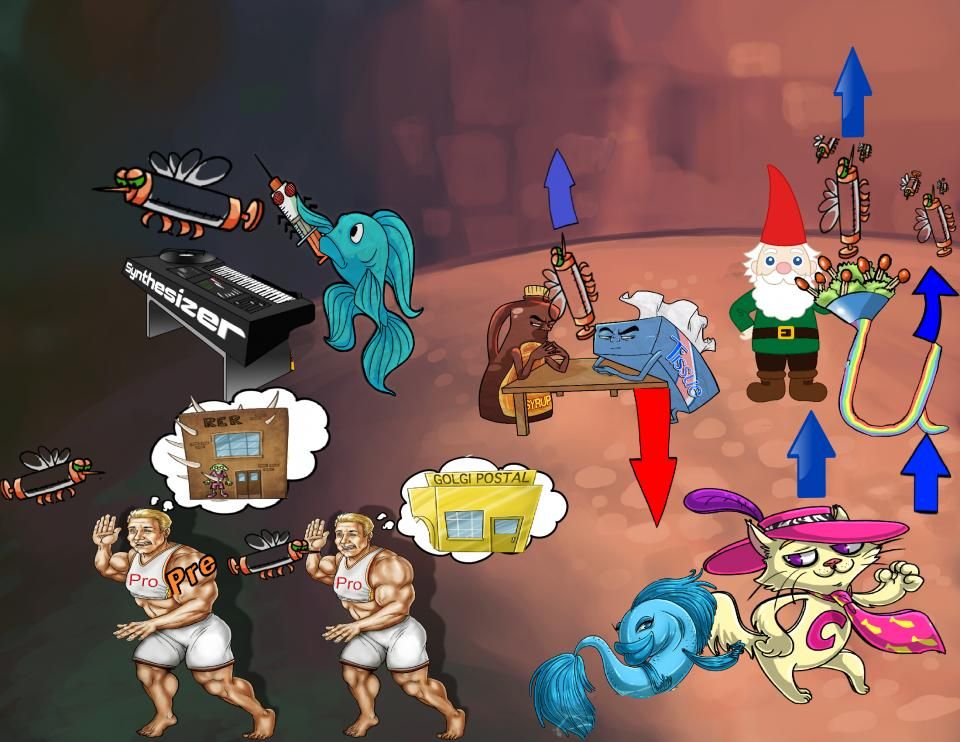 Insulin is a hormone that’s involved in lowering the blood sugar levels or glycemia after a meal. Insulin comes from the latin insula, which means island, because this hormone is produced by some small islands of cells scattered throughout the pancreas that are called pancreatic islets or islets of Langerhans.

Let’s focus on beta cells. Beta cells are in charge of producing insulin, which is a peptide hormone encoded by the INS gene on chromosome 11. Insulin is first synthesized as a single polypeptide called preproinsulin. A short tail called leader or signal peptide is cleaved from preproinsulin to form proinsulin. Proinsulin consists of three peptide chains in the order B, C for connecting peptide, and A. Proinsulin is then further cleaved at two positions, releasing a fragment called the C-peptide, and leaving the B- and A- chains, and two disulfide bonds which link the B- and A- chains together to form insulin. This mature insulin is stored inside granules within the beta cells where it waits until it’s released into the blood.

The most important trigger for insulin secretion is glucose. Beta cells are sensitive to glucose concentrations in blood, and when blood glucose levels rise, beta cells secrete insulin into the blood to help lower those levels and store glucose. Other stimulatory factors for insulin secretion include hormones like glucagon and cortisol, which stimulate insulin indirectly by increasing blood glucose levels, increased fatty acid or amino acid concentrations in blood, since insulin is also involved in their storage, and acetylcholine from the parasympathetic nervous system, which helps with digestion, and stimulates insulin secretion to decrease the recently absorbed glucose in blood.

On the other hand, insulin secretion is inhibited by norepinephrine from the sympathetic nervous system, which is activated during stressful situations that demand high energy consumption, and need glucose to be readily available in blood. Other molecules that inhibit insulin production include somatostatin, which is classified as an inhibitory hormone that avoids the excessive release of pancreatic hormones and other hormones like growth hormone.

Insulin is a hormone that helps the body to metabolize sugar (glucose). It is made by the pancreas, specifically the islets of Langerhans.

Insulin controls how much glucose is in the blood. When you eat, your body breaks down food into glucose and other nutrients. These enter the bloodstream and signal the pancreas to make insulin. The insulin then allows the glucose to enter cells in the body, where it is used for energy or stored for later use.