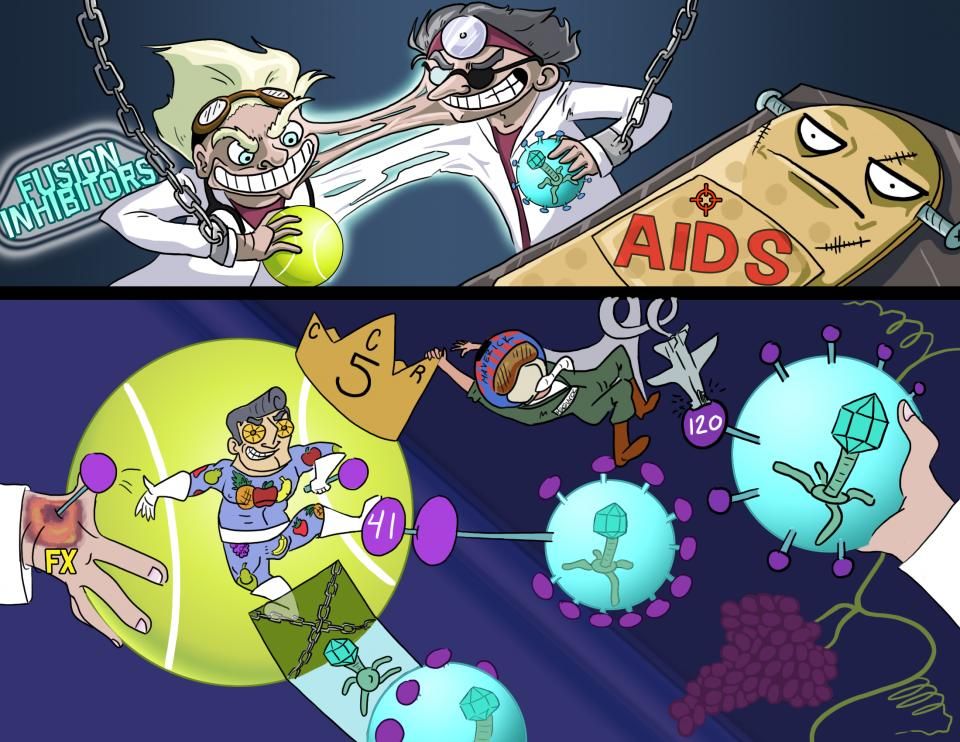 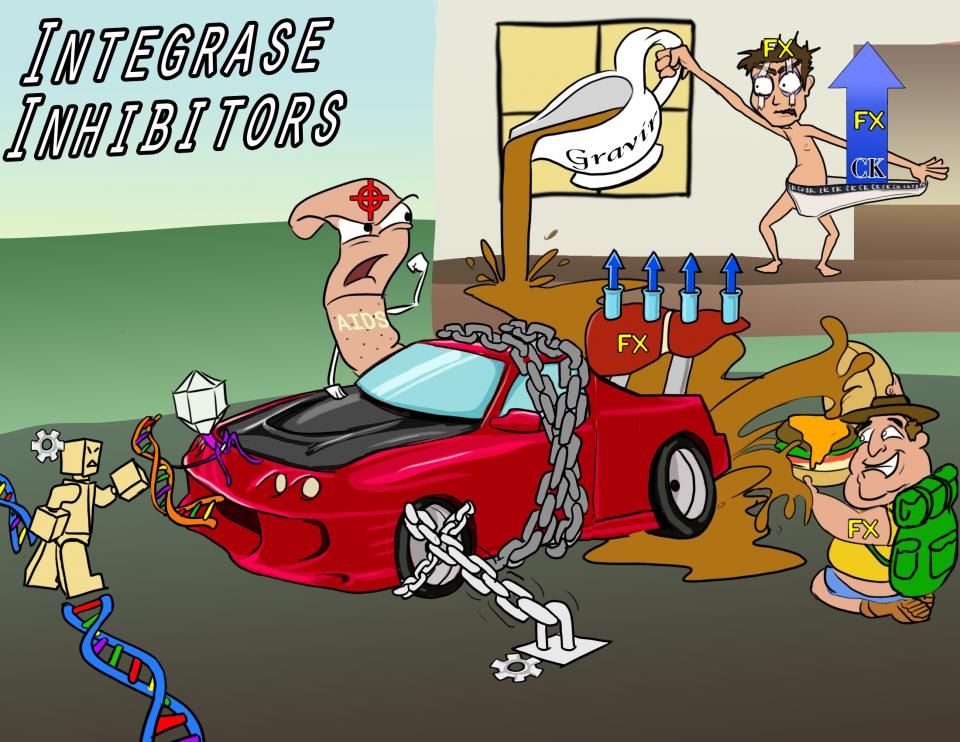 AIDS is caused by a retrovirus called human immunodeficiency virus, or HIV.

Entry inhibitors act by preventing the binding of HIV to the CD4+ cell receptors, thereby preventing its entry into the cell.

Integrase inhibitors inhibit the viral integrase enzyme, which is needed to incorporate the HIV proviral DNA into the host cell DNA.

Normally, the CD4 molecule helps these cells attach to and activate other immune cells when there’s an infection.

HIV has 2 proteins, gp120 and gp41 that form a complex on its envelope, which it uses to attach to the CD4 molecules.

Next, it uses this complex to attach to a co-receptor on the immune cell before it can gain entry.

When HIV binds to the CD4 and the co-receptors, the viral envelope fuses with the cell membrane of the immune cell, releasing its single-stranded RNA and some viral enzymes, like reverse transcriptase and integrase into the helpless host cell’s cytoplasm.

Integrase then helps to integrate this proviral DNA into the normal DNA of the cell.

Now, in order to prevent the HIV virus from infecting a cell, we can use entry inhibitors, also called fusion inhibitors.

The first medication, enfuvirtide, targets the HIV virus by binding to the gp41 present on its envelope and disabling it, so there’s no fusion of viral and cell membranes.

This medication is given to treat strains of HIV that developed resistance against other commonly used antiretroviral medications, like nucleoside reverse transcriptase inhibitors.

Enfuvirtide is given as subcutaneous injections.

Its main side effects include pain and development of cysts or nodules at the injection site.

There’s also an increased risk of bacterial infections leading to problems like pneumonia.